I grew up in western Pennsylvania where even the elementary schools let out classes on the first day of small game season. I’m the son of a veteran and a hunter, and the grandson of a sheriff. I spent a lot of mornings, just after dawn, in blaze orange, walking as quietly as a seven-year-old could. I owned a single-barrel 20 gauge Remington and cared for it well. (I also owned a .22 with a scope I never quite mastered.) I was thrilled when I got to stay overnight in a hunting camp with “the men,” though I modestly regretted both the jar of Limburger cheese that someone had left the season before and the creepy sounds you heard when visiting the outhouse at night. I’ve sheltered in the eerie calm of a white pine grove whose branches touched the ground and completely tented us during a sudden squall. I’ve enjoyed venison and rabbit, though somewhat less, a friend’s attempt at homemade liver paté. I get guns. 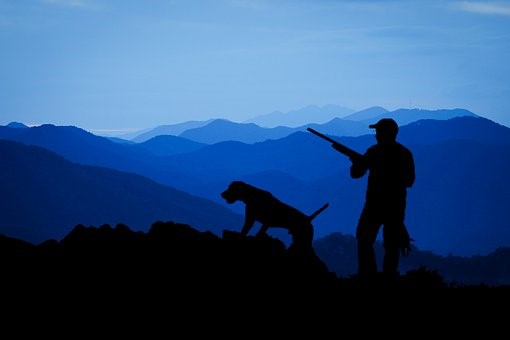 And yet I don’t dodge the simple fact that 38,551 of us were killed by guns in 2016. Mostly suicides, rarely in headline-grabbing mass shootings, rarely because of mental illness, often enough because of alcohol and stupidity. While there are countries with far higher rates of gun violence, they’re countries where drug cartels control entire towns and militant groups kidnap schoolgirls by the hundreds; there are no developed countries with near the problem we have.

Others have noticed and a national debate – alternately marked by great passion and hysteria, by thoughtful reflection and calculated misinformation – rages. That strikes me as healthy. In the ideal, we’d all start with respect for those with whom we disagree, a desire to learn, and a willingness to make things better rather than a demand that we get them perfect. (Radical, yes?)

That debate has spilled over into the investment community. Almost all equity investors are also gun owners. Or owners of the stocks of firearms firms, through their ownership of passive or active funds. Two of the largest shareholders of America’s gun manufacturers, for instance, are Vanguard and BlackRock (“You Might Be Giving Gun Companies Money, Even if You Don’t Own a Gun,” NYT, 2/26/2018). About 10% of the stock of Sturm Ruger (RGR), for example, is owned by just four Vanguard index funds. Morningstar has offered a near-encyclopedic list of funds with such exposure, but also offers the reassurance that it’s almost always “tiny.”

Investors’ reactions to that exposure, and to the prospect of reducing it, vary. Warren Buffett says it would be “ridiculous” for Berkshire Hathaway to avoid doing business with gun owners. (Berkshire doesn’t have any investments in firearms firms and the phrase “doing business with gun owners” isn’t exactly the way most folks phrase it, but his point is that he’s not letting personal beliefs drive investment decisions.) Vanguard rightly holds that mutual funds would be an awfully blunt instrument for trying to effect social change. BlackRock, State Street and others believe that holding firearms and related stocks, then engaging with company management on issues of social responsibility, is the most productive approach.

That said, many investors prefer investments that are aligned with their beliefs. They do so for one of those reasons:

The evidence is unambiguous: the imposition of such value judgments does not reduce your investment returns, though it doesn’t reliably increase them either.

There are a number of funds which marry strong investment returns with screens which forbid investments in weapons, among other things. They include purely passive, passive and active strategies, equity, balanced, and income strategies, domestic and global strategies.

To help you examine some of the options, we started with the list of mutual funds and ETFs at the Forum for Sustainable and Responsible Investment. The master list identifies the particular social, environmental and governance (ESG) screens for several hundred funds and ETFs. We identified all funds that avoided investments in firearms, then used the screener at MFO Premium to identify funds with other desirable characteristics: strong returns, stable management, good risk controls, affordable minimums and no sales loads. The funds below represent our attempt to give you a sense of the range of investment options for folks interested in manifesting their personal values in their investment portfolio. This list is not exhaustive and each of these funds reflects a constellation of ESG concerns; they are not single-issue investors. That said, they are worthy of further research.

A “world allocation” or “flexible portfolio” fund, but a durn quirky one. The fund avoids alcohol, tobacco, gambling, weapons, pornography and “too big to fail” banks. It’s a global all-cap portfolio with a surprisingly high allocation to cash and gold, reflections of the managers’ skepticism of the market. The prior generation of managers were nailed for a series of SEC violations, but the firm has new managers, tighter controls and a perfectly clean record. The fund has returned 7% annually since inception, 1.5% higher than its peers. $2,500 minimum and 1.14% expenses.

A mid-cap value fund of the high risk – high return variety. The fund is not generally socially-screened but it does draw the line at tobacco and guns: “The Fund does not invest in companies whose primary source of revenue is derived from the production or sale of tobacco products or the manufacture of handguns. We believe these industries may be more likely to face shrinking growth prospects, litigation costs and legal liability that cannot be quantified.” It’s a reasonably concentrated, low-turnover strategy with above average volatility (beta is 1.32 and both standard deviation and downside deviation are high). The fund has returned 11.1% annually since inception, 1.7% better than its peers. $1,000 minimum and 1.12% expenses.

Okay, I have to admit that this strikes me as a fascinating financial institution. (Their description of themselves is “a financial firm you can fall in love with.” Chip, who quickly identified this as a plausible first fund for her son, agrees.) This is a concentrated (25 stock), high turnover (130%) domestic equity strategy sub-advised by UBS. The manager excludes firms “with more than 5% of sales in industries such as alcohol, tobacco, defense, nuclear, GMO, water bottles, gambling and pornography, and will entirely exclude all firearms issuers and companies within the energy sector.” The fund is just two years old; its 17.2% annual return tops its peers by 2.3% annually. Those gains are accompanied by relatively high volatility. $100 minimum initial investment and 0.51% expenses. (Mostly; the firm actually allows you to set your fees.)

WISEX is an international short-term bond fund that doesn’t quite invest in … well, international short-term bonds. It invests, primarily, in alternate instruments with bond-like features: wakala and sukkuk. In addition, up to 10% of the portfolio can be in income-producing equities. It positions itself as an alternative to CDs or money market accounts. The fund does not invest in corporations that derive substantial revenue (defined as more than 5% of total revenue) from alcohol, tobacco, pornography, pork, gambling, hydraulic fracturing, private prisons, or weapons industries. The portfolio is managed for Azzad by Federated Investment Management of Pittsburgh. (Go, Steelers!) The fund’s 2% annualized returns are modest, but its volatility is even more so: the fund has a standard deviation of 1.8% while its Lipper peer group clocks in at 6.7%. Its maximum drawdown (since launch in 2010) was -2.7% while its peers dropped 12.3%. $4,000 minimum initial investment and 1.29% expense ratio.

This passive ETF tracks the MSCI USA ESG Select index. It invests in mid- and large-cap domestic firms with the highest ESG ratings. Firearms are among the industries excluded from the index. The notion of ESG-screened ETFs is relatively new, so few have even three-year track records. Of those, SUSA has the highest Sharpe ratio. Its 14.9% annualized return over the past five years best its multi-cap core peers by 1.3% annually. Expenses of 0.50%.

Morningstar pretty much raves about this fund, praising everything from performance and risk-management to the management team and their distinctive approach to ESG screens. Analyst Wiley Green declared it “Mid-cap ESG investing at its finest. Parnassus Mid Cap has it all for environmental, social, and governance investors seeking mid-cap exposure. The fund’s distinct ESG-focused investment process is applied by a quality management team at a reasonable cost.” They’re looking for the best 40 stocks which offer wide moats that protect market share and profitability, relevancy over the long term, which provides a compounding growth component, quality management teams … and a favorable three-year investment horizon.” Like all Parnassus funds, they flatly exclude “companies with significant revenues derived from the manufacture of weapons.” The fund’s 9.2% annual returns over the past decade best its peers by 1.5% annually, and do so with substantially lower volatility. $2,000 minimum and 0.99% expenses.

This is awfully close to an index fund, and intentionally so. It tries to replicate the characteristics of the Russell 3000 index but does so after the application of ESG screens. If you’re not a Friend of the FAANGs, you’ll be glad to hear that Apple, Amazon, and Facebook didn’t survive their labor relations, human rights, and environmental stewardship screens though Netflix and Google/Alphabet did. The managers (a team from MSCI) generally applies positive screens (i.e., they’re looking to include “good actors” rather than merely exclude “bad actors”) but they do rule out those responsible for “alcohol, tobacco, military weapons, firearms, nuclear power and gambling products.” The fund’s 9.4% annual returns over the past decade best its peers by 0.8% annually, and do so with substantially lower volatility. $2,500 minimum and 0.46% expenses.