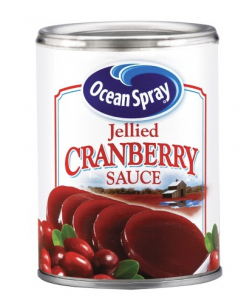 I’m often a bit confused. Sometimes it’s as simple as the stuff in my pantry. Why, for instance, is cranberry sauce canned upside down? Look! The part you’ve supposed to open is on the bottom.

Sometimes it’s the challenge of figuring other people out. What was Snap’s board thinking when they gave their CEO at $637 million (an amount equal to 75% of the company’s revenue) bonus? Someone named Kylie Jenner shared the following 19 words on Twitter: “”so does anyone else not open Snapchat anymore? Or is it just me? Ugh, this is so sad.” How on Earth did that convince investors to trim $1.6 billion in Snap’s market value in 24 hours?

In the Republican gubernatorial primary, one candidate ran a freakish, offensive, racist, xenophobic and homophobic ad 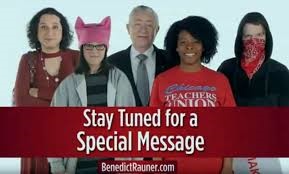 attacking the incumbent conservative governor. The ad had one woman thank the governor for paying for her many abortions, a gentleman in a dress for allowing them to use the women’s restroom, a white guy in a bandana thanked him for letting terrorists run free or some such. And the only response the governor could muster was to allege that the ad was bankrolled by Democratic politicians. Not that it was either (a) wrong or (b) repulsive, just that Democrats were somehow behind it. Uhhh … beyond the lack of evidence for the assertion, why would they bother? It’s very confusing.

My special confusion this month was occasioned by the hiccup in the stock market that started in the last few days of January and ran for a week or so. The Morningstar benchmark for a portfolio that was between 50-70% invested in equities would have lost a bit over 5% through the worst of it. Within a week, that was pared back to a 3.5% loss. In truth, I was rather more shaken to have learned that I’d gained 3.5 pounds (grrrr!) than that I’d lost 3.5%.

At the end of which, domestic stock investors are sitting on 12% annualized gains over the past five years, balanced investors have booked around 8% annually and international investors have made about 9%. (Sorry bond guys: you’re under 2%.) Those are, for equities, mighty healthy gains.

Things I think I think

We’ve been pretty consistent with that message for a while now. If you’re new to MFO, you might want to look through some of the articles that have tried to help guide you through a risk assessment. “Time to put on your big-boy pants and check your investments” (6/2017) walks you through how to estimate the likely maximum loss (called a drawdown) that your current portfolio faces. Start there. If you don’t like the answer, then look at “On the discreet charm of a stock light portfolio” (11/2014) walks through the asymmetric effects of adding stocks to your portfolio: generally a poor risk-return move for short-term goals, a better one if your target is decades off. If you’re interested in some options for exploiting the “revaluation event” when it comes, look at “The Dry Powder Gang, updated” (7/2017) which identifies the small, hardy group of absolute value investors who are willing to hold cash on your behalf, rather than fling the last of your money into the market froth.

In the months ahead, we’ll try to offer more options and perspectives to help you prepare. We start with this month’s profile of FAM Value (FAMVX), which has weathered more storms than 90% of its peers. There’s an Elevator Talk with Ali Motamed, who helped manage one of the best long-short funds around and who has just launched a disciplined long-short fund of his own. It’s interesting that that fund, Balter Invenomic (BIVIX) didn’t blink at the January-February market moves. We’re sharing a Launch Alert for JOHCM Global Income Builder, an income-oriented, absolute value fund run by a team recently departed from First Eagle. And there’s more in the pipeline.

Be of good cheer. We’ll get through it together. We always have.

Thanks to all the folks who support MFO

Those of you visiting for the first time might find it odd that there is no advertising here, no pay-to-play links and no paywalls. That’s made possible by the willingness of readers to make a tax-deductible contribution (MFO is a non-profit corporation, recognized as a 501(c)(3) by the IRS) to help keep the lights on. Sometimes those are $5 gifts, sometimes much larger ones. They are, in all cases, important to us and immensely welcome. Regardless of the size of your gift, you have our thanks. In a gesture of thanks and encouragement, folks who contribute $100 or more are offered a year’s access to MFO Premium. MFO Premium houses our mutual fund database and screeners, along with a steadily widening array of tools that you’d normally have to pay thousands of dollars to access: rolling average calculations, fund correlation matrices, sophisticated risk calculations and more.

We write a short e-note to everyone who contributes $100. We use this space to celebrate – with a certain concern to mask folks’ identities just in case they didn’t wish to be public – all of the other folks who’ve reached out to us.

Thanks, as ever, go to Wayne, Robert, Jason and Michael. Welcome, guys! Thanks to the folks who’ve “subscribed,” that is, who’ve set up recurring monthly contributions: Greg, Brian and Deb. Finally, to our friend, director and recent retiree, BobC. We’ve so got to get you writing again, sir. It’s good for your health and for our readers!

A special thanks this month to Ted, our discussion board’s long-tenured, endlessly engaged Linkster. Ted starts each day at 5:30 a.m. with a cup of coffee and a round of postings to our discussion board. The vast majority of those posts are links to articles about funds (often), investing (frequently) and life (which we designate as “off-topic”). This month we celebrate Ted’s 20,000th link, which occurred on February 26, 2018. That complements the 36,000+ threads he started at FundAlarm, our revered predecessor site.

We’re grateful to Ted and wish him great cheer, good health, fine coffee and many links to come.