All the developments that are worth knowing but aren’t worth separate stories, including 50 funds that just earned headstones rather than headlines. An absolute disaster? 10% of vanishing funds promising “absolute returns.” Wells Fargo promises that you can trust them, just before announcing millions of additional fines. Tadas moves up, a favorite fund closes quick and hard, Monrad celebrates his 58th and the Mathers Fund leaves this veil of tears after 53 eventful years.

iShares has announced 2-for-1 share splits for three of its ETFs. The affected funds are 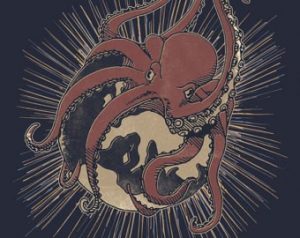 The Ritholtz Empire grows.  On June 26, 2018, Josh Brown (a/k/a The Reformed Broker) announced the hiring of Tadas Viskanta as the new director of investor education at Ritholtz Wealth Management. Tadas is the indefatigable proprietor of Abnormal Returns who, since 2005, has daily curated dozens of links on finance and on life. His proclaimed focus is being a “forecast-free investment blog,” which is to say AR is blessedly free of the endless din of self-serving, click-whoring speculation about whether a new Golden Age or a new Dark Age has been spawn by some act of corporate cupidity, fintech folly, robotic ascendance or druncle tweet. His curation strikes me as discerning but not dogmatic; he finds thoughtful content in unconventional places, and is as willing to offer an audience to a thoughtful blogger as to a Morningstar vice president. Tadas will continue to publish Abnormal Returns and profess finance at Butler University in Indianapolis.

Butler was, for a bit, the academic home of my predecessor as Director of Debate at Augustana. My teams and I spent a fair amount of time on Butler’s campus, primarily in Jordan Hall which seemed to be eternally under renovation.

The longest tenured fund manager. On June 1, 2018, Bruce Monrad of Northeast Investors Trust (NTHEX) celebrated his 58th year at the fund’s helm. His next-closest peer is Rupert H. Johnson of Franklin DynaTech (FKDNX) who is his 50th year with his fund. Their funds have one and five stars, respectively.

“Any publicity is good publicity”? Wells Fargo begins to wonder. In April 2018, federal regulators proposed $1 billion in fines against Wells Fargo for mortgage-lending and auto-insurance abuses.

In May 2018, scandal-ridden Wells Fargo trotted out a new ad campaign to reassure the public that “It’s a new day at Wells Fargo.” 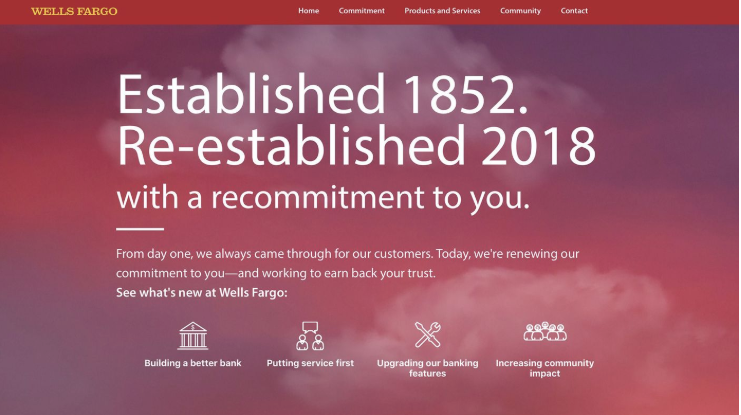 In June 2018, the SEC fined Wells another $5.1 million because it “improperly pushed retail customers to actively trade complex investments in order to generate higher fees” (Reuters, 6/25/2018). It’s poor optics at the very least when the best you can say is, “well, the fines are getting much smaller!”

Columbia Diversified Real Return Fund (CDRAX) will close to new investors on July 27, 2018. No word about why or the fund’s future. That said, it has $1.7 million in assets, across all share classes, after four years of operation. (Cue funeral dirge.)

A typo notwithstanding, Oberweis International Opportunity Fund (OBIOX) and its Institutional clone were hard closed on June 7, 2018 (the typo in the filing stipulates 2017 for the closure date). There are only two small exceptions to the closure.

“Effective as of the date hereof” (a laughably inelegant phrase in place of which they might have said “as of June 27, 2018”), the Institutional Class shares of Royce Low-Priced Stock Fund (RYLPX) and Royce Small-Cap Value Fund (RYVFX) are closed to all purchases and exchanges.

Effective August 6, 2018, The Arbitrage Credit Opportunities Fund (AGCAX) will change its name to the Water Island Credit Opportunities Fund. The Fund’s portfolio managers, investment objective and investment strategies will not change. Our guess is that the adviser felt that the fund’s current name as a bit too generic to attract investor attention; despite top-quartile returns over the past five years, the fund has drawn only $45 million in assets and has seen money trickling out the door.

This all follows from the fact that AT Investment Advisers, Inc., the funds’ investment adviser, has changed its name to CIBC Private Wealth Advisors. For fans of initialisms, AT started as Atlantic Trust, adviser to the Atlantic Whitehall funds. CIBC signals Canadian Imperial Bank of Commerce, one of Canada’s Big Five banks.

CBOE Vest Defined Distribution Strategy Fund (VDDIX) is on its way to being the CBOE Vest Alternative Income Fund, at which point it will become an index fund tracking the CBOE S&P 500 Market-Neutral Volatility Risk Premia Optimized Index.

Many ETFs have recently chosen to highlight the identity of their sub-advisers in the fund’s name, so The Reasonable ETF might be renamed The Reasonable OMG It’s Peter Lynch! ETF. Effective as of June 29, 2018, Wisdom moved in the opposite direction by stripping out the names of their index providers from some ETFs.

AlphaClone International ETF (ALFI) liquidated on June 29, 2018. Hmmm … “alpha clone” sounds rather like a type of storm trooper (“the Sith are advancing, send a squad of the alpha clones”) from Star Wars.

AlphaCore Absolute Fund (GDABX) disappears on July 27, 2018. (Absolute minus one)

Avondale Core Investment Fund was promoted to glory on June 15, 2018 (hint: they refer to it as, the “Liquidation Date”).

Columbia Diversified Absolute Return Fund (CDUAX) will close to new investors on July 27, 2018 and liquidate on September 7, 2018. The fund launched partway through 2015 and managed an absolute (negative) return in 2015, 2016 and so far in 2018. That presumably investors in the fund (who weren’t managers of it) and the managers of the fund (who weren’t investors in it), since the prospectus goal was to provide “absolute (positive) return.”

Despite posting returns in the top 1% of the multi-currency Morningstar peer group over the past decade, $41 million Columbia Absolute Return Currency and Income Fund (RARAX) will follow the same path: closed in July and really closed in September. (Absolute minus three)

The GAMCO Mathers Fund (MATRX) will be liquidated on or about August 31, 2018. Wow. It’s got that sort of “the last mastodon is dying” feel to it. Henry G. Van der Eb has been running this fund since the year I graduated from Wilkinsburg High School; that school was abandoned in 2016 after 106 years, victim of shrinking numbers, parlous finances and abysmal performance (the state department of education ranked it as Pennsylvania’s second-worst high school). Not that I’m suggesting parallels. The Mathers Fund launched in 1965 (no, no one named Mathers ever managed it) and become Gabelli Mathers in 1999. The fund’s goal was to make money in the long run “without excessive risk of capital loss.” 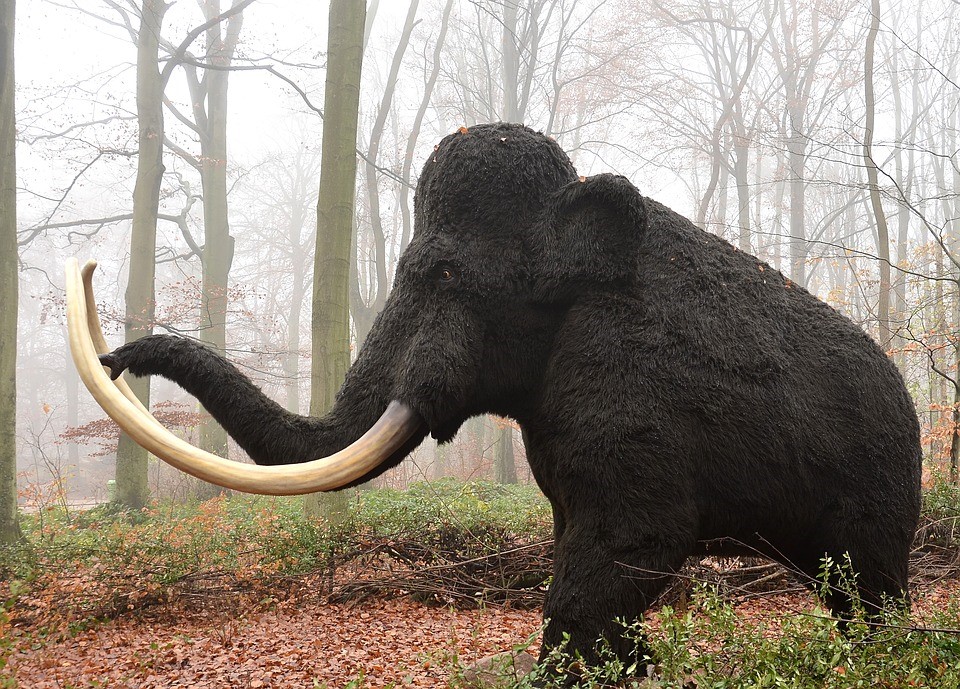 The fund’s fortunes turned in 1981 because of two epochal moves: the highest interest rates and largest tax cuts in American history collided. The country spun into recession, inflation fell dramatically, and the economy rebounded quickly. Returns quickly flattened then turned negative. The titan that always and everywhere saw signs of financial ruin was undone by decades of relative prosperity.

In the fund’s defense, you could note that it’s the top performer in Morningstar’s bear market category which would be more compelling if it was a bear market fund, in the sense of being a tactical, trading vehicle for shorting the market. It, so far as I can tell, wasn’t.

You sensed Mr. Van der Eb’s exhaustion in the fund’s final annual report (12/30/2017), which eschewed talking about the fund’s present or future and focused instead on its single bright spot this century:

IQ Hedge Multi-Strategy Plus Fund (IQHOX) will be liquidated on or about August 7, 2018. As part of the larger “falling out of love with liquid alts,” IQHOX had a solidly above average record since inception but it’s expensive, high minimum, and assets have been dribbling away for years.

iShares has resolved to cull the hedged and multifactor herd. The following ETFs are set to be liquidated on August 22, 2018:

Janus Henderson All Asset Fund (HGAAX) will liquidate and, just to be sure, terminate on or about December 31, 2018.

The Board of Trustees for John Hancock Natural Resources Fund (JINRX) has announced that “as of the close of business on or about October 19, 2018, there are not expected to be any shareholders in the fund, and the fund will be liquidated.” Unbidden, Carew388, one of the discussion board members, volunteers that “this fund won’t be missed.” That might be driven by the observation that over the past decade, JINRX turned $10,000 into $5,200, rather worse than 90% of its peers.

Loomis Sayles Dividend Income Fund (LSCAX) and Loomis Sayles Value Fund (LSVRX, which Morningstar designates as a “bronze medalist”) will liquidate on or about August 30, 2018. While Morningstar believes that “a consistent, low-turnover strategy, reasonable fees, and an experienced management team outweigh concerns about Loomis Sayles Value’s recent underperformance and outflows,” Loomis seems to have reached the opposite conclusion.

Following “a strategic review of the management and operations of the Fund,” The Momentum Bond Fund (MOMBX) – yes, “The” was part of the formal name – liquidated on June 29, 2018. The “strategic review” might well have ended with (a) we’re expensive, (b) we have only $5 million in assets and (c) our performance looks like this:

On June 13, 2018, Nationwide Mutual Funds board of trustees voted to liquidate the Nationwide National Intermediate Tax Free Bond Fund (NWJOX) and the Nationwide Ziegler Wisconsin Tax Exempt Fund (NWJWX) two weeks hence. Just in case you were wondering, the board then offered up a bit of investing insight: “Because of the pending liquidations, neither Fund now represents a long-term investment solution.”

Oppenheimer Global Real Estate Fund (OGRAX), a perfectly respectable performer with about $50 million in assets, will be liquidated on or about August 24, 2018.

VanEck Vectors EM Investment Grade + BB Rated USD Sovereign Bond ETF (IGEM) will close at the end of July and liquidate on August 7, 2018. One wonders if part of the problem was baked in at the fund’s inception. Its benchmark index (“the EM Investment Grade Index”) seems like it would invest in, oh, investment grade securities but in reality “includes both investment grade and below investment grade rated securities.” The fund also invested in unregistered (Regulation S) and illiquid private (rule 144A) securities which were hard enough to trade that the fund had to rely on a sampling strategy to approximate the performance of the index.