People love fireworks, those happy confections of explosive powder, toxic chemicals and human ingenuity. Our attraction to them long predates the invention of gunpowder; the earliest firecrackers (pao chuk) were short segments of bamboo that were simply tossed in a fire. The heat generated steam inside the sealed sections, and the steam eventually triggered an explosion, a loud report and flying shards. The addition of gunpowder to the mix didn’t occur for 800 years.

The ancient Chinese obsession with firecrackers tells us something about our own interest in them, and in small cap growth stocks as well. The Chinese weren’t drawn to firecrackers despite the fact that they were scary; they used them precisely because they were scary, most of all to nearby evil spirits who they sought to drive off. Evil spirits don’t explain Americans’ 250 million pound a year fireworks habit, but fear does. Daniel Glaser, a neuroscientist at King’s College London, explains that the initial “bang” triggers two reactions: terror and paralysis; when the initial threat is followed by a cascade of colors rather than, say, dismemberment, our brain responds by releasing a cascade of the pleasure chemical dopamine. The danger inherent in fireworks (11,000 E.R. visits last year!) is central to their appeal.

Small growth stocks likewise. Bill Bernstein described small growth as “a miserable asset class,” and advised investors to avoid it. But they don’t. It’s the firecracker problem: in our analysis of 353 rolling 20 year periods, the best small growth fund has posted annual returns as high as 20%; that is, it averaged 20% per year returns over a 20 year stretch. Nonetheless, average returns over the long-term are no better than you find in larger, more stable stocks. Why? Because if you’re not exceptionally careful, skilled, seasoned and disciplined, you can lose a lot by mishandling firecrackers; the average small growth fund has posted drawdowns of 40-60% in each of the past five market cycles, dating back to the early 1960s. A manager who made hundreds of millions by posting 290% returns in one year could lose billions by losing 93% in the succeeding three years.

And still the allure of “story stocks” and “ten baggers” is impossible to ignore.

Our advice: if you’re going to go there at all, you’d damn well better go with the best professional guide you can find. 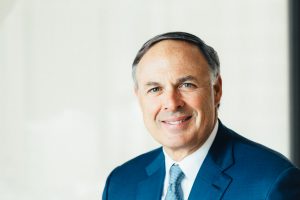 Which brings us, at long last, to Jim Callinan, manager of Osterweis Emerging Opportunity (OSTGX). Mr. Callinan has one of the longest and most distinguished records of any active small growth manager. He was a cover-story manager when he was at Putnam OTC Emerging Growth Fund (1994-96), then Morningstar domestic equity Manager of the Year during his years with Robertson Stephens Emerging Growth and its RS-branded successor funds (1996-2010). Like all its growth peers, the fund was crushed in the 2000-02 bear market; unlike most of its peers, it rebounded and remained a competitive offering through the first decade of the 21st century. In 2006, he launched a more concentrated and valuation-conscious version of the original strategy and found that he “strongly preferred it over a more diversified strategy.” In reaction to corporation restructuring and redirection at the fund’s parent, Mr. Callinan took  the concentrated strategy to his own firm, Callinan Asset Management. Recognizing the limits of a one-man shop, he stayed on the lookout for a corporate partner. In 2016, he found that partner in Osterweis and brought his strategy and team aboard.

Here’s how to read that. Since inception, the fund has risen 54% while its average peer has risen 39%; that translates to annualized gains of 31% and 23%, respectively. Osterweis investors have experienced surprisingly low volatility in the same stretch. The fund’s maximum drawdown, standard deviation, downside deviation (which measures just “bad” volatility), Ulcer Index (which factors in both the length and severity of drawdowns) and bear month deviation (which looks at volatility during months when the stock market is falling) are all lower to much lower than you’d expect. All three standard measures of risk-adjusted returns (the Sharpe, Sortino and Martin Ratios) are far more positive for OSTGX than for its peers.

Mr. Callinan describes himself as “still invigorated and still wanting to do well for shareholders” after having been through “a lot of wars.” Here are Mr. Callinan’s 400 (or so) words on why he thought the world needed a 228th small-cap growth fund and, in particular, why you should add OSTGX to your due-diligence list.

Let’s be honest: this is the market’s most volatile space. It offers the opportunity for earning elliptical returns during windows of the market that may last two, three, four, perhaps five years; you’re getting tremendous compounding during that window. The question for me is what kind of constraints do you have to put on yourself in order to hold these types of rapidly growing companies and at the same time manage risk?

Part of the answer is a concentrated portfolio of 30 or so stocks from a universe of 100-150 that we’re constantly monitoring. Those will all be at different points in their growth cycles and will be moving at different speeds; 15-30% of them are names we may never to have sell, companies with five or more years of accelerating growth. We’re looking for the Googles of tomorrow.

The other part is our valuation overlay that uses our “anchor points.” I want to buy these stocks when they’ve corrected significantly off their highs, but also stocks that might be worth four or five times as much in five years as they are today. We invest in a lot of younger companies whose managers were often their founders. They’re passionate, may have come to market recently after five or six years when they were venture-backed, and they’re sick to death of answering “next quarter” questions. We ask, instead, about their vision statement, the ideal state of the company in five years. “We should control 10% of the sector revenue in five years,” as an example. We push them to be concrete in expressing those stretch points. Once we have them, we create a long-term valuation for the stock; if they meet their goal, the stock should be valued at X in five years. We use those anchor points to help us decide what to buy (we’re looking for upsides that are multiples of where they are now), which positions to trim and which to eliminate.

That valuation framework explains why we behave better during downdrafts now than during the 90s. We want to let our winners run but if a position has grown so much that there’s not a 100% potential upside or it’s grown to occupy 7% of the portfolio, we will trim. That can lead to a lot of turnover, but I want to be judged on the capital appreciation I offer my investors, not on turnover or tax efficiency. Venture capitalists make their money on one company in 10; we think we’ll have a better success rate with three or four out of 10 that are very impressive winners.

Osterweis Emerging Opportunity (OSTGX) has a $5,000 minimum initial investment, reduced to $1,500 for tax-advantaged accounts. The fund charges 1.29% but does not levy at 12(b)1 fee. The Emerging Opportunity homepage is reasonably rich with direct and linked information. Though it’s a bit dated, the Advisor Perspectives interview, the link to which is on the landing page, offers a pretty good walk-through of Mr. Callinan’s process and how it has evolved over time. The July shareholder letter is also available, but it’s too cursory to offer much insight.