Ferguson Metrics help identify funds with equity-like returns but volatility that makes them “easier for investors to own through turbulent times,” describes Brad Ferguson of Halter Ferguson Financial, a fee-only independent financial advisor based in Indianapolis. They serve as a starting point for delving deeper, but also as litmus test when salespeople offer him funds to include in the firm’s portfolios.

There are three main metrics in Brad’s methodology:

Brad prefers calendar year performance versus say fixed or rolling periods simply because “that’s what my clients monitor … it’s what influences behavior.” He believes FCI especially helps set expectations, enabling he and his clients to be more patient during periods of underperformance.

Nine large cap core funds in Lipper’s Global Data Feed through June have beaten their peers by 2% per year over the past 10 years, as shown in the MFO Premium table below, which includes SPY for reference. 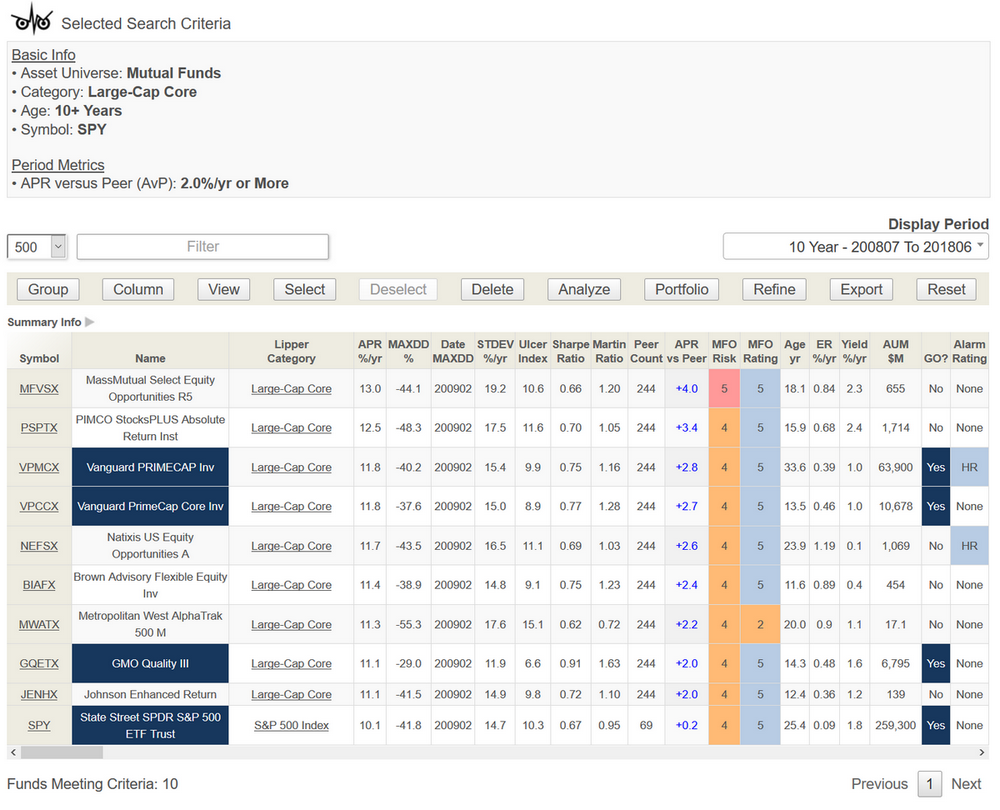 They include three MFO Great Owl funds, including Vanguard’s PRIMECAP (VPMCX), which is also an Honor Roll fund. 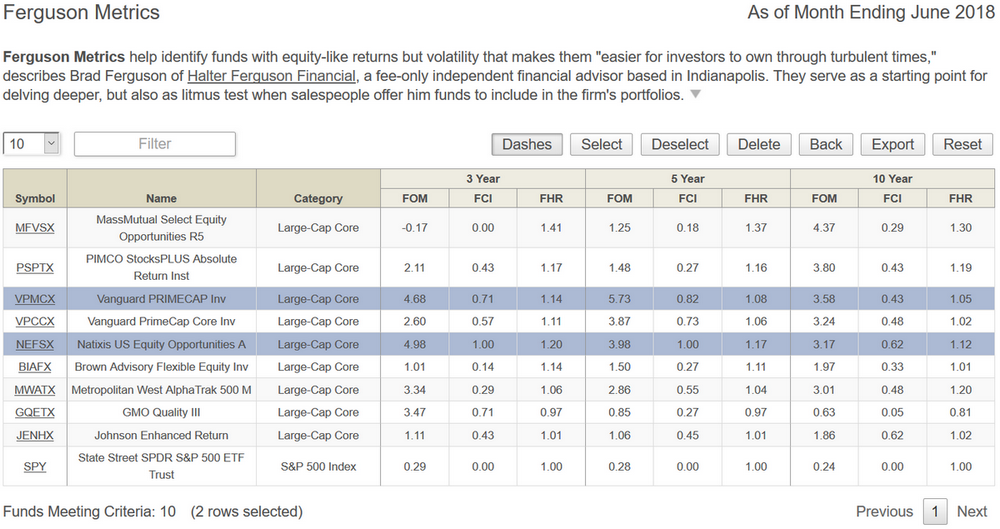 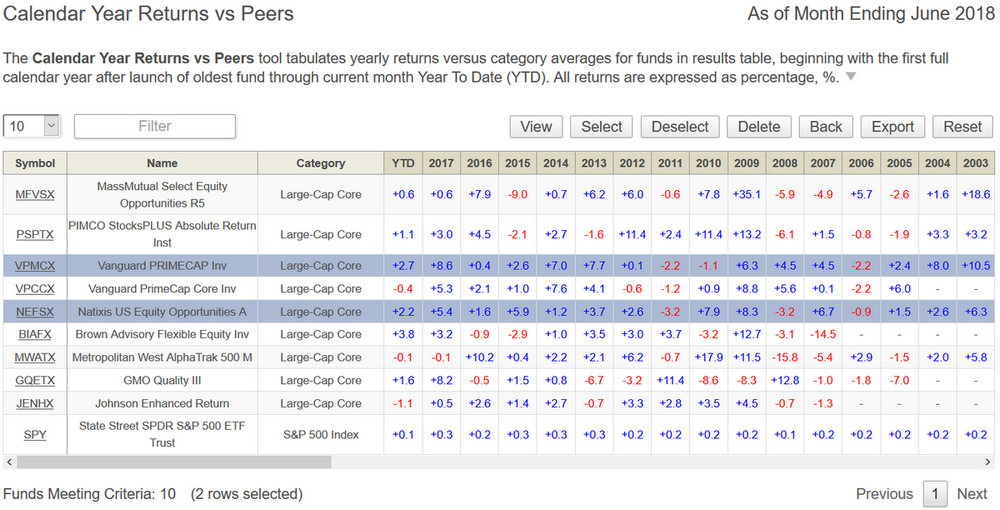 Aided by Ferguson Metrics, Brad maintains a list of about 200 mutual funds on his radar scope. In the months ahead, Brad has offered to share more about his methodology, which we plan to post on MFO’s Premium site.