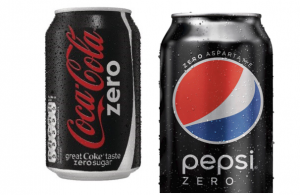 We’ve got Coke Zero. We’ve got Pepsi Zero. I guess it’s reasonable to wonder, why not Fidelity Zero?

Wait, we don’t have Coke Zero or Pepsi Zero. They both failed in the marketplace and had to be reformulated, renamed and relaunched.

But we do have Fido Zero.

Offering two loss leader funds is a nice marketing gimmick, akin to a supermarket’s decision to offer blueberries at $0.99 per pint that they’ll inspire you to grab some organic quinoa or King Crab legs while you’re there. It might even be economically sustainable.

mutual funds are increasingly finding that they can generate income from non-fee sources. In fiscal 2017, the Vanguard Total Stock Market Index Fund earned more than 63% of its expenses by lending securities. The demand for securities loans has limits, but growth in that market will allow an increasing number of funds to offset some or all of their expenses through loan income. (“Next Stop for Mutual-Fund Fees: Zero,” Wall Street Journal, 6/10/2018).

The shares of other publically-traded asset management firms quickly sold off in response.

Fidelity ZERO Total International Index Fund (FZROX) will attempt to match “the total return of foreign developed and emerging stock markets.” They’re using the proprietary Fidelity Global ex U.S. Index as a surrogate for all the world’s stocks. There’s a badly written sentence in the prospectus (“The fund’s Board of Trustees and sole shareholder approved an agreement and plan of reorganization between the fund and Fidelity ZERO International Index Fund (the “acquiring fund”), a fund of Fidelity Concord Street Trust, pursuant to which the fund would be reorganized on a tax-free basis into the acquiring fund.”) that leads me to conclude that they’re repurposing the existing three-star Fidelity Global ex US Index Fund (FSGDX) as the new Zero fund. If so, the fund will offer negligible exposure to international small caps but will have an substantial stake – currently 18% – in emerging markets. Over the past five years, FSGDX has outpaced its average for its foreign large blend peer group by nine bps. The fund will be managed by Louis Bottari with co-manager Robert Regan.

Fidelity ZERO Total Market Index Fund (FZROX) will seek to match “the total return of a broad range of U.S. stocks.” It will track the Fidelity U.S. Total Investable Market Index. The prospectus contains the same “adoption” language, but it’s not clear to me what fund is being converted here. Messrs. Bottari and Regan will manage this offering as well.

The prospectus is on file with the SEC. There’s a lively discussion of the new funds at the Boglehead’s forum

Bottom line: the new funds are a marketing gimmick. That doesn’t mean they’re bad, but they are part of a larger plan to increase Fidelity’s profits by controlling more of your portfolio. The funds themselves are not magic, not state-of-the-art, not special. They have a microscopic price advantage over their competitors, and any gain occasioned by the lower expenses can be easily offset by differences in index construction or by ill-timed portfolio moves on your part. If you have, or have wanted to have, a Fidelity brokerage account and have, or have wanted to have, a total equity index in your portfolio, by all means sign on. But if Fidelity’s other funds and services weren’t compelling to you or you weren’t looking to add a market-cap weighted index in an overpriced market, then you should mostly nod and move on.