The imminence of Halloween reveals itself in the deadened thud as the walking dead move toward the graveyard. Summer saw a curious lull in fund liquidations and manager changes both, but the end of summer is ending that reprieve. We’ve tracked 33 obituaries for this issue. A few were high-performing funds that couldn’t attract attention. There seems to be a pattern in the remainder: lots of funds designed to hedge against market volatility, lots of funds designed to hedge against rising prices and a few more funds with exposure to emerging markets. A fusty old curmudgeon might note that liquidations in a category peak at the moment of maximum pessimism which is to say, just before we really wish we had exposure to … 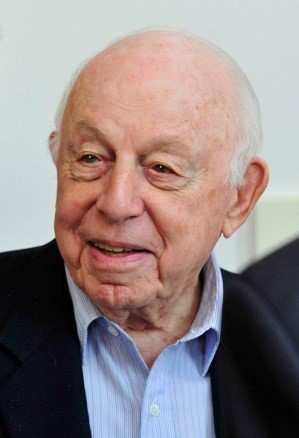 Mr. Arnhold, along with George Soros, founded First Eagle in 1967, guided its growth to past the $100 billion mark and continued serving the firm until 2015. He would be notable if he’d done no more than that. His life story reads like a gripping novel, full of moments of great darkness and brilliant rebound. The lede to the Times’ obituary begins to scratch the surface: Mr. Arnhold was “the last member of a generation of prominent German Jewish bankers who escaped Nazi persecution, re-established their family business in the New World and later helped rebuild Dresden after the fall of the Iron Curtain.” He also grew up in a household visited by the likes of Albert Einstein, saw the Nazis seize his family’s 120 year old firm, was taken to a concentration camp, emigrated after the war, built a life in America and helped rebuild lives back in Germany, demonstrated lifelong generosity and a passion for the goodness of life. He enriched the world with his presence. His final gift would be if, inspired by the possibility for Good that he embodied, we did likewise.

The planned merger of Dreyfus Core Equity Fund (DLTSX) into Dreyfus Worldwide Growth Fund (PGROX) has been delayed until October 31, 2018.

IVA Worldwide (IVWAX) and IVA International (IVIOX) have reopened. Both of them closed to new investors in 2011 as a way of managing inflows. Both of them are now reopening as a way of managing outflows. The managers are holding a lot of cash, but they would prefer not to use that cash to pay departing shareholders since that would increase their equity exposure at a time they feel its unwarranted. Allowing in some new investors to offset departing ones maintains both the fund’s strategy and its tax efficiency. The funds’ independence does translate to a pattern of dramatically outperforming for a year or two then dramatically underperforming for a year or two; investors, insensitive to their own best interest, are departing after a year of soft performance in 2017. Morningstar rates both as Silver. Based on MFO’s metrics, both are top tier (i.e., top 20%) performers on a risk-adjusted basis since launch, though neither qualifies as a Great Owl.

Goldman Sachs International Small Cap Insights Fund (GICAX) will close to new investors effective as of the close of business on November 16, 2018.

Effective immediately, ATAC Inflation Rotation Fund (ATACX) has been rechristened ATAC Rotation Fund. Word up: the new plan is to “target various segments of the investable landscape by allocating primarily between equities and bonds depending on the potential for near-term stock market volatility as signaled through inter-market trends and relative prices. When indicators suggest equity volatility is likely to fall, stocks tend to outperform bonds, and when indicators suggest equity volatility is likely to rise, bonds tend to outperform stocks. The Adviser’s approach allocates into equities, or bonds based on these historical observations.” Which is pretty much what they do now, absent any reference to inflation. Turnover north of 2000%, expenses near 2%, 7.8% annual returns since inception.

On October 1, 2018, Crow Point Defined Risk Global Equity Fund (CGHAX) becomes Crow Point Global Tactical Allocation. The key is the disappearance of the word “equity” in the moniker, which signals a shift to a multi-asset strategy.

ClearBridge Real Estate Opportunities Fund (CREOX) will terminate and liquidate and cease operations on or about October 19, 2018. Not a bad fund but the asymmetry between returns (above average) and volatility (way above average) led investors to look elsewhere.

Hartford Corporate Bond ETF (HCOR) and Hartford Quality Bond ETF (HQBD) will be liquidated on or about September 21, 2018.

Hartford Global Capital Appreciation Fund (HCTAX) is scheduled to merge into Hartford International Equity Fund (HDVAX) on or about October 29, 2018. Optics, mostly. HDVAX has the same managers and a better track record, but is about one-quarter the size of HCTAX. Cynics would mumble about “burying the record.” I, of course, would not.

Hartford Real Total Return Fund (HABMX) will simply be liquidated on or about October 12, 2018. I’m guessing that that possibility started to get bandied about somewhere around, oh, 2015. 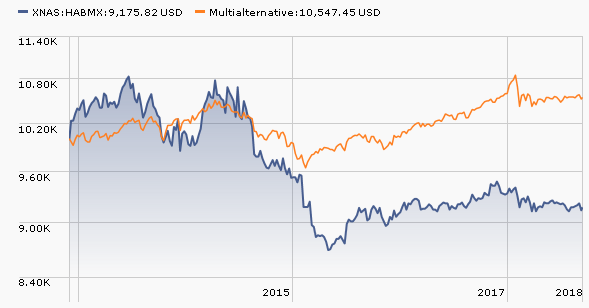 “Due to a change in business strategy,” Horizons Cadence Hedged US Dividend Yield ETF (USDY) liquidated on August 28, 2018.

The 20 year old Johnson Realty Fund (JRLTX), faced with a “small asset size and resulting inefficiencies, such as the high operating costs” will be liquidated on November 1, 2018. The aforementioned “small asset size” might, though we’re not sure, be a reflection of the fact that the fund has trailed its peers in every time period we track.

Lazard Fundamental Long/Short Portfolio (LLSIX) meets The Big Short on September 28, 2018. The fund roared in its first three quarters of existence and hasn’t been able to get out of its own way since. Investors noticed.

Nuveen Multi-Asset Income Tax-Aware Fund (NMXAX) will be liquidated after the close of business on September 25, 2018.

“Considering the small size of the fund,” Oaktree High Yield Bond Fund (OHYDX) will be liquidated no later than September 10, 2018. It will be liquidated earlier if all of the investors have cashed-out. The fund was a big “meh,” which might explain the absence of investors. Over its 46 month life, a $10,000 investment would have earned about $100 more here than in a high-yield index product. The performance of its joint venture with RiverNorth, RiverNorth/Oaktree High Income Fund (RNOTX) has produced slightly lower returns with high expenses. 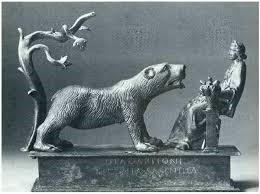 Who now remembers Julius Baer International (BJBIX)? From 1995 to the start of the financial crisis in 2007, BJBIX outran its peers by a margin of more than 2:1. Then it lost 65% in the crash, which was still better than its peers. The problem was that its rebound off the market bottom was not as vigorous as its peers, and its performance sort of stalled. (Somewhere in there, some marketing genius rebranded Julius Baer as Artio because, he argued, Julius Baer was confusing. FundAlarm ridiculed the move, noting that naming your funds after the Celtic bear goddess wasn’t like introducing a household name into the equation. Artio floundered.) Managers Rudolph-Riad Younes and Richard Pell were shown the door in 2013 and shortly thereafter launched RSQ International Equity (RSQVX).

From the get-go, RSQ suffered from a lack of predictability: it sometimes offered downside protection, then would manage to lose money when the market was making money, but not make money when the market was losing. Since inception, the fund has averaged a loss of 0.1% annually while its peers made 4.0%. Mr. Younes left in 2016, and now Mr. Pell is left to turn off the lights, sweep out the shop and head home after the fund’s liquidation on October 26, 2018.