Welcome to the mid-September issue of Mutual Fund Observer. And thanks for your patience in waiting for it. It has been a rare summer.

In some ways, this summer ended much as last summer did. Our September 2017 issue started with news of 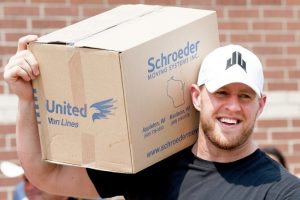 the “storm of the century” that had crashed into Houston. We highlighted some of the opportunities to help, and made personal pledges to do so. The highlight of the response to the storm was surely the work of Houston Texas football player J.J. Watt. Mr. Watt, anxious to help, took to Twitter, pledged $100,000 and appealed to his followers to contribute in support of storm relief. He hoped he might be able to raise $200,000. Instead, he raised more than that in the first hour and more than $800,000 in the first day. By the end of 10 days, it was $27 million. After a year, he’d raised $41.6 million … and promptly spent it all to help the people of Houston. After three billion dollar storms in three years, modest attempts to impose floodplain regulations in the aftermath of the storm were still challenged as “undermining the market-friendly logic key to our historic success.”

This issue might easily enough start with news of “the storm of a lifetime,” now swamping the Carolinas or the far greater storm, super-typhoon, Mangkut, slamming the Philippines. Like Harvey, their destructiveness is fed by human decisions and we can only hope that, like Harvey, they’re answered with generosity and heroism.

We’ve done our best to keep folks apprised of the medical adventures that have engulfed our happy family, from multiple surgeries for Chip’s mom and my son’s trips to Mayo in July, followed by Chip’s own, rather unexpected, brain surgery in the last week of August.

Chip is recovering. The procedure ran about eight hours, but the lead surgeons came out of it feeling good about how it went. She spent a week hooked to an array of wires and tubes, including the one that keep her brain fluids drained. She had a headache that was continuous and intense, managed mostly by narcotics and other IV pain meds. She was declared to be coming along well enough to come home late last week, though with stitches at the base of her spine, a continuous headache and a supply of narcotic pain meds. She’s been pretty adamant about reducing those as far and as fast as the pain permits.

She’s mostly functional now, but still plagued by the headache and very, very easily exhausted. If the weekend goes well, she’ll return to work on Monday with clear and emphatic restrictions on the degree of exertion she’s permitted (uhh … none).

We’re deeply grateful for the letters of support and prayers that Chip received in the weeks following our email announcement that the September Observer would be delayed. We were also heartened by several notes from medical professionals praising the excellence of the University of Iowa Hospitals, both generally and with regard to the neurosurgeons. They were, indeed, awesome.

The summer project to make me smarter

At the beginning of summer, I strongly suggested that it would be in your best interest to 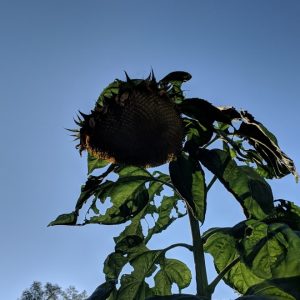 rethink your connect to social media. For far too many people, our phones serve as portals for a cacophony of discordant headlines, pleas and claims. We increasingly fixated on the immediate, often to the exclusion of the important. I suggested that I was shutting it down, and returning my attention – or what’s left of it – to more measured discourse.

I managed to finish The Secret Lives of Color (2017), which I commended to folks back in June. Part of it was just mildly diverting (arsenic was used to create vivid green fabric dyes and wallpapers, to which homeowners developed a – literally – fatal attraction) and part was maddeningly provocative. Scientist have now created a black so black that you literally can’t see it. If I painted my face with the stuff, you couldn’t see my face even in intensely bright light. The front of my head would seem to be a purely featureless plane. (Wow.) It’s possible that some colors couldn’t be seen because they hadn’t been conceived; some classical cultures had no need to notice the difference between blue, purple and black and so those (to us) three colors all functioned (to them) as a single color.(I wonder what I’m missing even now.) That then led to a discussion of color distinction: men actually don’t see colors the way women do; on whole, we’re challenged to recognize distinctions between related shades and hues. (“would you say this is ‘navy’ or ‘midnight’ blue?”). It might have something to do with testosterone goofing with our adolescent brains.

All of which was well worth the time. I made it part way through The Prodigal Tongue (cool stuff, but the writing style didn’t appeal) while The Organized Mind remains on the shelf.

I did encounter a podcast well worth your acquaintance: Make Me Smart, hosted by Kai Ryssdal and Molly Woods. The core of each show is a segment on one interesting, challenging subject: how the sheer scale of Amazon, Apple and Alphabet might rewrite the rules of economics, how Google search results are rigged (though not in the way the president believes) and how tariffs resonate in the world of Wisconsin’s ginseng growers. On either side of that core, there’s what seems like amiable, informed banter between two really smart people who really like each other.

Fans of news-as-origami should check out Axios.com.  They offer a hundred word precis of the day’s top stories then provide a “go deeper” button that expands the story to add 100-500 additional words. They explain themselves this way:

All of us left cool, safe jobs to start a new company with this shared belief: Media is broken — and too often a scam.

Stories are too long. Or too boring. Web sites are a maddening mess. Readers and advertisers alike are too often afterthoughts. They get duped by headlines that don’t deliver and distracted by pop-up nonsense or unworthy clicks. Many now make money selling fake headlines, fake controversies and even fake news.

Can you imagine Ford being obsessed mainly with whether the engineers love the howl and design of the F-150 engine, instead of simply delivering an awesome truck people want to drive? Never. But that’s what digital media companies too often do. They produce journalism the way journalists want to produce it. And they design their products to maximize short-term buzz or revenue — not deliver the best experience possible.

We are engineering Axios around a simple proposition: Deliver the cleanest, smartest, most efficient and trust-worthy experience for readers and advertisers alike.

For those still looking for the news equivalent of a shot of morning espresso, there’s Up First, NPR’s effort to provide “the biggest stories and ideas — from politics to pop culture — in 10 minutes,” all by 7:00 in the morning.

My word of the day: Trillion.

A trillion: the market value of Apple stock.

Ryssdal and Wood devoted a Make Me Smart episode to the consequences of their sheer scale, the so-called “Amazon effect.” The short version is that Amazon’s scope is so great that it overwhelms many of the accepted tenets of economics (for example, that labor shortages in a growing economy ought to fuel wage gains). Our colleague Ed Studzinski touches on some of those same issues in his essay this month, “Anti-trust Law, what anti-trust law?”

A trillion: the magnitude of US corporate stock buybacks in 2018

In what has been characterized as the largest stock price manipulation scheme in history, US corporations repurchased $1 trillion worth of their own stock in 2018. That exceeds the previous record by $200 billion. “In a way it’s catnip for management teams,” said RBC Wealth Management’s Alan Robinson in an interview with Epoch Times. “They see the direct relationship. It’s a quick way of supporting the share price by reducing the float.” Both conservative and progressive commentators have called for a return to the historic ban on buybacks, arguing that management uses them to manipulate their company’s stock value. In the immediate case, it reflects the decision of leadership to use the gains from lower federal taxes to boost portfolios rather than boosting salaries or investment.

A trillion: the size of the federal deficit.

The Republicans’ enthusiasm for cutting taxes and raising spending (I scarcely recognize the Grand Old Party which is already preparing a second wave of cuts) has handed us a trillion dollar deficit for FY 2019. Those of us raised with the mantra “live within your means” tend to find that degree of irresponsibility mind-numbing. The Congressional Budget Office projects that, unless we quickly elect and support sober adults, our national debt will reach $100 trillion by 2048.

Hedge fund titan Ray Dalio made rather a lot of news for projecting a collapse more destructive than the 2008 crisis, likely around the time of the next presidential election. By then, the cheap buzz provided by historic tax cuts will have run their course, deficits will be at records, debt service burdens will be climbing and government will have few resources to stanch the bleeding. He’s actually written a book on the subject and is giving an electronic version away free.

Somewhere between 2018 and 2019, Social Security will pass the $1 trillion/year threshold as Baby Boomers leave the workforce at the rate of about 4,000,000/year. Absent a change in demographics, taxation or benefits, Social Security is now projected to begin paying out more than it takes in somewhere between 2025-2027. That’s something that ought to concern anyone who, well, plans on living past 2025 since many of our retirement and investment plans are premised on receiving a predictable base of support from Social Security.

A trillion:  value of the homes in the path of Hurricane Florence

With, data geeks estimate, is likely to drop ten trillion gallons of rain on the region.

Think about signing up for email notification

About 7,000 of MFO’s 27,000 monthly readers have signed-up for a free notification when our new issue posts. It’s that little box, over there, on the right side of the home page … lower … lower. Sort of looks like 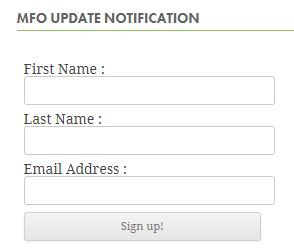 We’ve published 52 issues and have issued just 55 emails: 52 of them have announced the new issue, one announced a surprising and imminent closure of a first-tier fund, and a couple have allowed us to let readers know that something’s afoot and our issue would be delayed.

If you’re not signed-up and were a bit confused by not seeing September when you expected it, please consider adding your name to the mailing list.

Our thanks, as ever, to you

I’m only slightly panicked to note that beyond our ever-faithful subscribers Deb and Greg and a handful of MFO Premium renewals, we’ve received no contributions over the past six weeks. Hmmm … it was summer and we were spotty. We’ll keep a good thought for autumn, and an especially good thought for Greg and Deb!

We aspire to launch our October issue when we’re supposed to launch a monthly issue: on the first of the month. If you think you hear thunder, it’s likely just God laughing at me.