The imminence of Halloween reveals itself in the deadened thud as the walking dead move toward the graveyard. Summer saw a curious lull in fund liquidations and manager changes both, but the end of summer is ending that reprieve. Our mid-September and October issues recount 70 obituaries, the vast majority of which were announced in the past 30 days. A precious few were high-performing funds that couldn’t attract attention. There seems to be a pattern in the remainder: lots of funds designed to hedge against market volatility, lots of funds designed to hedge against rising prices and a few more funds with exposure to emerging markets.

In our July issue, we profiled LS Opportunity Fund (LSOFX) which has been guided for the past three years by Prospector Partners. In its class, we found that LSOFX had the highest returns and some of the lowest risks for the period that Prospector has guided it. We concluded that Prospector’s risk-management takes the sharp edges off the market and “allows you to become a better, more committed long-term investor.” For those interested in a follow-up, Long Short Advisers just hosted a webinar on the fund’s performance and the managers’ outlook.

In our September issue, we reviewed – and endorsed – the evolution of Seafarer Overseas Growth & Income (SFGIX). The story, at base, is that both the management team and the portfolio strategy are evolving to become less centered on Andrew Foster and on the “steady Eddy” stocks that Andrew favors. Our argument was that the move was thoughtful, rational and well-designed to serve investors. Morningstar put Seafarer’s analyst rating “under review” for about three weeks. We’re pleased to report that they’re now reaffirmed Seafarer’s Silver rating. William Samuel Rocco, one of Morningstar’s longest-tenured analysts, writes that Seafarer’s “team and strategy remain solid after some modifications, and its other strengths are still intact… [it] remains an appealing emerging-markets vehicle for the long haul.” We agree.

As of October 31, 2018, Brown Advisory Global Leaders Fund (BAFLX) Institutional Shares of the Fund will be offered for sale to eligible purchasers.

Driehaus continues making substantial fee reductions. As of November 1, 2018, the management fee for Driehaus Emerging Markets Small Cap Growth Fund (DRESX) drops from 1.50 to 1.15% and expenses get capped at 1.45% overall.

Something’s up at Kopernik. Kopernik Global, the company, is the shadow of a guy named David Iben. Mr. Iben is one of those fabulously successful guys (he managed Voya Global for six years) who struck out on his own. And, for a while, “struck out” seemed like a good choice of words. Over its first couple years, his flagship Global fund sort of looked like this: 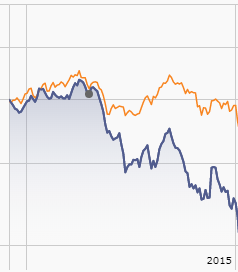 The fund staged a furious rebound, though it never recovered the ground lost in its early crash: 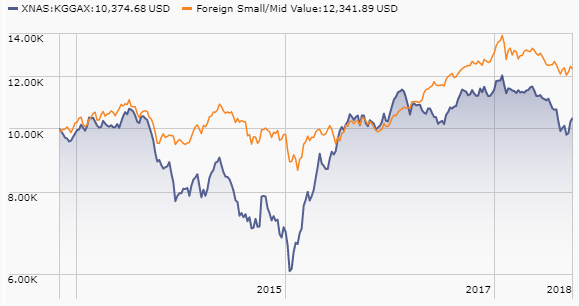 In the midst of all that, Kopernik launched a second fund which is only open to Institutional investors, Kopernik International Fund (KGIIX). Morningstar designates it as a five-star fund, though with exceptionally high volatility.

According to a filing with the SEC, Kopernik is dropping the sales load from the “A” shares of its International Fund but maintaining them on the “A” shares of its Global Fund. Odd. Odder still is that there don’t appear to be “A” shares for the International fund. So I’m guessing that there’s a hypothetical, never-launched “A” which is now “Investor” which presumably will be available for sale. They’re also modifying their principal investment strategies to allow them to hold a lot of cash as a temporary defensive maneuver, just in case conditions call for it.

The low minimum, no-load “Legacy” share class of Meridian Equity Income (MEIFX) reopens on November 1 to those purchasing directly from the advisor.

Effective September 30, 2018, the Quaker funds stopped charging front-loads and renamed their “A” class shares as “Advisor” class. At the same time, they’re liquidating the “C” share class and moving those investors into the (cheaper!) Advisor shares. Sadly, they’re also merging away half their funds. You win some, you lose some. Details in the “Dustbin,” below.

Upon the recommendation of Luther King Capital Management Corporation, the LKCM funds are liquidating the Adviser Class shares of LKCM Small Cap Equity Fund (LKSAX) on or about October 31, 2018 and have terminated the Adviser Class shares for LKCM Equity Fund (LKEAX) and LKCM Small-Mid Cap Equity Fund (LKSDX), which is less of an issue as they have not commenced operations and have no assets or shareholders. LKCM attributes the move to “changes in the marketplace for the distribution of mutual funds.”

Global X Iconic U.S. Brands ETF (LOGO), which is tiny and not growing, was liquidated on September 28, 2018. Somehow the fact that a collection of “iconic U.S. brands” couldn’t draw investor interests almost makes them seem less than iconic. Ironic?

Alert! Alert! Alert! Effective on or around October 23, 2018, iShares MSCI Global Impact ETF will change its ticker symbol from MPCT (which made immediate sense) to SDG (which doesn’t). I’m sure there was a compelling argument – and likely an ad hoc task force, two reviews and a 150 slide PowerPoint deck – behind the change.

Meridian Equity Income Fund (MEIFX) is undergoing a makeover. Effective November 1, it gets rechristened as Meridian Enhanced Equity Fund and the current provision that it seeks “income as a component of total return” and that it focuses on “dividend-paying” equities both disappear. Morningstar rates it as a three-, four- and five-star fund currently.

All of the share classes have returned over 21% through the first three quarters of 2018, though volatility tends to be a third higher than its peers.

On November 30, 2018, Putnam Global Telecommunications Fund (PGBZX) is be rechristened Putnam Global Communications Fund. That’s triggered by a change in the GIC Standard for the field and it’s going to trigger “significant dispositions of certain portfolio holdings.” Just as a heads up, “significant dispositions” are generally taxable and, being unplanned, might well be painfully taxable. 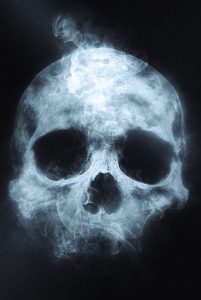 On September 20, 2018, the Board of Trustees authorized “an orderly liquidation” of the ALPS/Dorsey Wright Sector Momentum ETF (SWIN). From September 21, 2018 through October 22, 2018, the Fund will be in the process of closing down and liquidating its portfolio, and it will cease operation of October 22, 2018.

In what looks like a tiff and/or dust-up, the adviser to American Independence U.S. Inflation-Protected Fund (FFIHX) has advised the Board to liquidate the fund rather than try to re-organize it, has announced their decision to cease management of the fund on October 30, 2018, and to suspend their prior, voluntary cap on the fund’s fees and expenses immediately. The Board hasn’t responded, but that seems pretty much like a fatal wound.

The Board of Trustees of Professionally Managed Portfolios has approved the merger of Congress SMid Core Opportunity Fund (CACOX) into the Congress Mid Cap Growth Fund (CMIDX). I like their honesty: “the Acquired Fund has grown slowly since its inception, and as of August 31, 2018 the Acquired Fund had only approximately $25.6 million in assets. At the current asset size, the Acquired Fund is unable to support its own expenses without significant subsidy from the Advisor.”

FMC Select Fund (FMSLX), once a fabulously successful stealth fund that operated without marketing or even a ticker symbol, will liquidate on October 29, 2018.

Speaking of “distressed,” Guggenheim Event Driven and Distressed Strategies Fund (RYDOX) will, in recognition of “the Fund’s small asset base and low market demand,” liquidate on October 30, 2018.

LMCG Global Market Neutral Fund (GMNRX) is closed to new investments and will liquidate on or around the close of business on or about October 31, 2018.

Effective September 25, 2018, the MM Select Bond and Income Asset Fund (MSBJX) was dissolved. The MM in question is Massachusetts Mutual.

NorthPointe Small Cap Value Fund (NPSVX) will liquidate on or about October 26, 2018.

Oppenheimer International Growth and Income Fund (OIMAX) will liquidate on or about November 16, 2018.

PhaseCapital Dynamic Multi-Asset Growth Fund (PHDZX) was liquidated on or about September 27, 2018

Effective as of November 2, 2018, Putnam Emerging Markets Income Fund (PEMWX) will be closed to new purchases and will be liquidated on November 16, 2018.

Schwab GNMA Fund (SWGSX) will close on October 26, 2018 and will liquidate on November 7, 2018. Schwab notes that investors can continue making investments in the fund right up until the day of execution, but why would you?

Strategic Advisers Income Opportunities Fund of Funds (FPIOX), a Fidelity product, will liquidate on or about December 12, 2018.

Effective immediately, the Topturn OneEighty Fund (TTFOX) has closed to new investments and will discontinue its operations effective October 26, 2018. It was an expensive fund-of-funds that mostly did okay, wherein lay the problem. “Expensive” and “okay” are hard to market.