And now we wait.

I’m writing this less than 48 hours before the end of the most divisive and likely most consequential presidential election in a hundred or a hundred and fifty years. (It depends on your view of the sea change enacted in 1932 or the tumult of 1860.) I am exceptionally distracted by the unfolding events.

In general, I have faith that things will work out okay. People are, on the whole, sensible when not terrified. And, while many of our fellow citizens are terrified – in part because conditions in many parts of the country are unremittingly hard and, in part, because political parties have learned that it’s in their best interests to enflame our worst fears – we have an okay track record of tempering our fears with hope and our anxiety with charity. 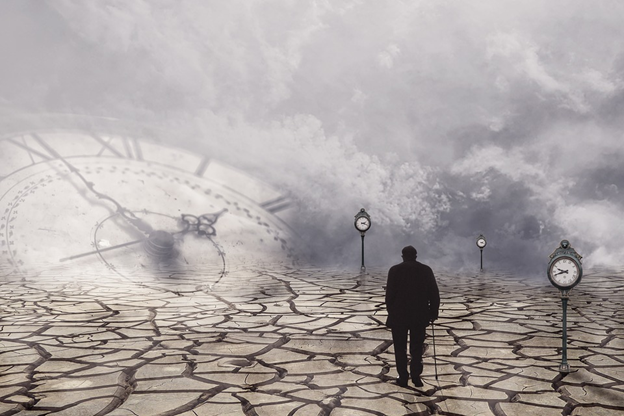 Adjusting your portfolio for the next market

2020 has been a sort of freak show in the markets and beyond. In the face of uncertainty and intermittent economic catastrophe, 31 funds have posted gains of 50-120%. Those are powered by Zoom (up 577% YTD), Tesla (363%), and company. Six stocks have posted gains of over 1000% – from fitness equipment maker Nautilus to a bunch of biotech stocks – and more than 20 have posted 500%+ gains so far this year.

And now a second (or third) wave of a pandemic, an election, the exhaustion of the stimulus relief funds that many depend upon … what’s an investor to do?

Nothing, mostly. If you’ve got a plan, the worst possible moment to upend it is when you’re panicked. If you haven’t got a plan, you need to read MFO more frequently. We’ve been kind of walking folks through the process for a decade now. But you’ve got time.

Things to think about as you ponder a plan.

Even the somber John Rekenthaler now allows that “A Stock Market Bubble is Forming” (10/29/2020). Mr. Rekenthaler walks through arguments made by Bill Bernstein in his upcoming book, The Delusions of Crowds (2021). The specific crowd that concerns JR are investors, and he makes a case that we’re moving toward disaster. Not imminently, but not far.

About the best resource possible in the face of a rout is cash, dry powder, resources with which to take advantage of the panic-selling of others. My own portfolio typically sits at 25% cash (partly in the form of RiverPark Short-Term High Yield shares), and we’ve repeatedly modeled the effect of that allocation on my portfolio during a market crisis. Short version: my losses will be annoying, not devastating. You can hold cash directly or invest it with managers who pursue an absolute value discipline: when stocks are crazy, they hold cash. At the beginning of this year, Akre Focus (AKREX) sat at 20% cash, for instance. KL Allocation (GAVAX), the former Knowledge Leaders fund, has 31% cash, a five-star rating, and a 14% gain this year. Palm Valley Capital (PVCMX) deployed cash to rack up gains early this year and is back t0 72% cash and a 12% YTD gain. Provident Trust (PROVX) is at 15%, with large-cap core and gains of 7% so far this year.

Thinking about inflation hedges isn’t a bad idea, either.

The Fed recently, but quietly, revised its policy regarding inflation. At base, it announced that it was willing to allow inflation to exceed its target rate (2% per year) for a period of years to help re-inflate the economy. At the same time, they forecast that interest rates – their first-line tool for controlling inflation – were staying near zero at least through 2023.

In a “don’t fight the Fed” world, if the Fed says “we’re hoping for inflation,” you might reconsider the possibility of investing in real assets.

Usually, advisors want you to keep bonds in tax-advantaged accounts, but if interest rates actually linger near zero, the tax hit from bonds becomes (regrettably, in a way) negligible, and they might offer a bit of ballast when the equity markets become, as they’re wont to do, unhinged.

Refining your watchlist for small/emerging/value is a good use of time.

Many champions of “the Newest New Normal” say that looking at centuries of market history is a delusion since “Everything is Different This Time.” Being an agreeable bunch of quants, the Leuthold Group shortened their time horizon to look at 2020 purely in the light of the past 15 years. Even by the standards of the recent past, the behavior of the large / growth segment of the market is … umm, crazy.

The argument for [small/value] has become stronger over the past year. Most importantly, we’ve experienced an economic calamity on par with the Tech Bubble and Financial Crisis—both of which ushered in regime changes.

If you’re one of the dwindling few who believes in valuations, the case for Small Value over Large Growth is obvious. With 2020 being particularly kind to Large Growth, median forward P/E ratios have spiked to incredible levels given the past fifteen years of history. Small Value, on the other hand, remains well below its median observation.

They illustrate that claim by looking at the current P/E ratios for large growth and small value stocks. The horizontal line in each case is what’s normal for the past 15 years. 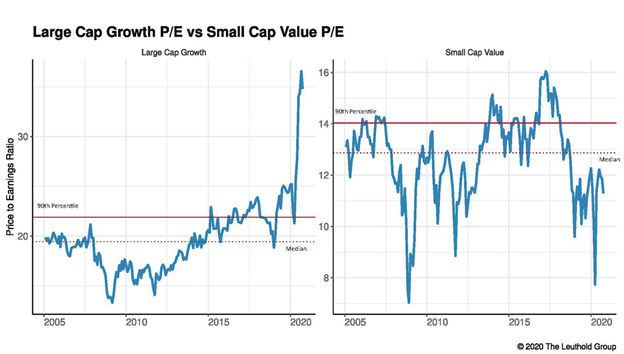 At this point, a simple return to normal 21st-century valuations would require a drop of about 40% in the price of the market’s favorites and a gain of about 15% for its saddest puppies. Mark Oelschlager, manager of Towpath Focus (TOWFX), offers a similar speculation:

Today feels a lot like 1999 in that the market as a whole is highly valued, optimism is high, speculative day-trading by individual investors is rampant, the IPO market is hot, and growth/tech stocks have led the way to an extreme degree, particularly those of companies that are unprofitable.  So, caution is warranted.  On the other hand, this market reminds us of 1999 in another important way: the disdain for certain areas of the market.  In 1999, many companies with lesser growth prospects were shunned by investors in favor of the sexier growth stocks.  But during the correction of 2000-2002, their fortunes reversed, with the lowly-valued stocks outperforming the growth stocks dramatically.  We believe the probability of something similar happening this time around is high. 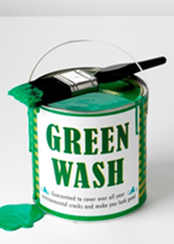 The investment industry is desperate for your money. Mainline firms like Invesco have announced 200 layoffs, Wells Fargo 700 so far, Eaton Vance is likely to see a purge under its new ownership. Compensation consultant Johnson Associates projects that the industry will cut 10% of its entire workforce between late 2020 and 2021. People are panicked, and panicked people do worrisome things. In particular, the industry is desperately slapping a “green” label on every failing fund in hopes of drawing assets and rolling out every variant of new green / socially-responsible / sustainable strategies that they can imagine.

Sustainable investing is a good thing. It is certainly possible that a new administration might commit a trillion dollars – an amount that just 12 months ago seemed unimaginably large – to building green infrastructure. Even given that, entrusting your future to folks who learned only yesterday that they were sustainable investment managers is unwise. Two key strategies to protect yourself: (1) establish whether or not the adviser has a public track record for the strategy and (2) check the fund’s actual sustainability scores (at Morningstar and elsewhere) rather than trusting the marketing promises. Morningstar, for example, gives their lowest sustainability score to 61 funds that present themselves as “socially conscious,” which is Morningstar’s tag for the sustainable / ESG universe.

None of those recommendations have anything to do with national election outcomes or Covid case counts. They simply reflect that prospect that conditions over the next 3-7 years will likely favor some assets, and some strategies, that have gotten neglected or punished. We’re not arguing that you need to fling money at them now, but certainly that you should identify one or two managers in each niche with whom you feel most comfortable.

Nine years ago, we wrote a quick Fund Update for RiverPark Short-Term High Yield (RPHYX). It read, in part:

We profiled RPHYX in July as one of the year’s most intriguing new funds. It’s core strategy – buying, for example, called high yield bonds – struck me “as a fascinating fund.  It is, in the mutual fund world, utterly unique . . .  And it makes sense.  That’s a rare and wonderful combination.”

The RiverPark Short Term High Yield Fund (ticker symbols RPHIX and RPHYX) celebrated its 10th anniversary on September 30, 2020. Over the ten years since its inception, the Fund has generated an annualized return of 2.96% and a Sharpe ratio of 2.89, which is the highest Sharpe ratio for any non-money market mutual fund tracked by Morningstar over that period. The Fund currently has about $725 million in assets, and while it had been closed in prior years, it is now open to new investors. (emphasis added)

The hiccup you see in March represented a drop of 1.2%. The fund’s maximum drawdown spanned 30 days, and it had recovered its previous high by the beginning of August.

It’s a good choice for investors who dislike the prospect of a decade of effectively zero (and potentially negative) real returns on their savings. Our profile might be worth your review.

Thanks, as ever and more than ever …

We appreciate your faith and generosity, most especially in challenging times. And so thanks to Wilson, Dale, Jonathan, Sunil, Lee, and the good folks at S&F Investments.

Thanks to our subscribers, Gregory, William, Matthew, William, Brian, David, and Doug.

Thanks to The Shadow for being indefatigably (though tenebrously) present.

If you’d like to join them in supporting MFO, that would be great.

And thanks, most especially, to my students for their profound commitment to a better world and to their joyful silliness. 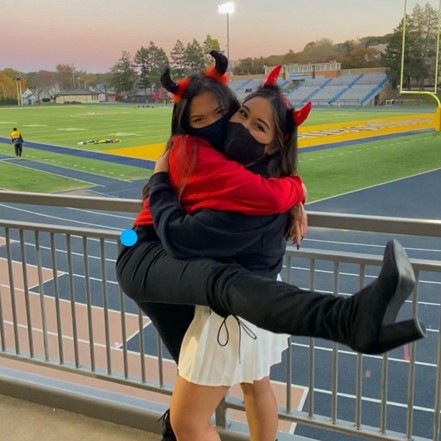