On the morning of Sunday, May 23, Dean Wendy Hilton-Morrow sent the following short email from the floor of the convention center in which our commencement was held.

The stage is set.

The players are gathering, nervously, outside. Over the next eight hours we’re going to celebrate 835 successes. 835 answers to the question, “what is worth it?” 835 testaments to the work you’ve done.

It was Augustana’s 160th graduating class. It was my 36th college commencement.

But it was their first. It was a first for all of the students, and for many of the families. It was a special first for the 40% of our students who are in the first generation of their families to attend college, and the roar that occasionally rose and reverberated in the vast hall was a testament to the pride and joy experienced by them all. 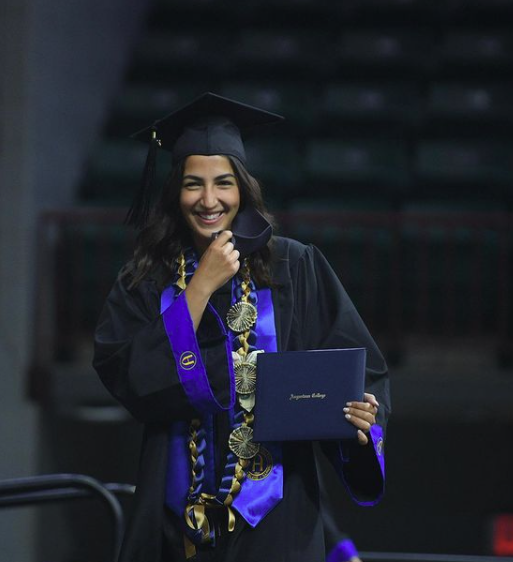 In a month, we begin meeting the class of 2025: 665 hardy souls including 166 students of color plus 110 students from 20 other nations. Together they represent 41% of our incoming class and 100% of the hopes and dreams of their families.

We will serve them well.

Stock markets in summer tend to be more interesting than profitable, which led to the hackneyed adage “sell in May and go away.” That’s never seemed terribly sensible to me and the underlying research is pretty thin. Most markets, most years, do rise over the summer months though at a noticeably lower rate than in the winter months.

Mark Hulbert, for example, argues that it’s a profitable strategy only in the third year of a presidential term. CXO Advisory Group notes that a “cash in summer” strategy underperforms buy-and-hold, especially when transaction costs are taken into account.

That having been said, due caution remains in order. Valuations in the US stock market remain stunningly high, justified almost exclusively by the phrase “yeah, but look at how much worst the fixed income market is!”  And yet the near vertical ascent in the market’s Shiller PE ratio is historic and worrisome:

That’s compounded by the fact that small investors are joyfully “beating the market” by pouring their wealth into “meme” stocks. Research reported by the Wall Street Journal notes that small investors tend to pour “far more money into stocks with high momentum” than into their staid counterparts. Occasionally because “God told me to put money into Hertz,” reported one small investor. Small investors are borrowing record amounts to underwrite the stock bets and Fidelity, helpfully, has now opened a service that will allow 13-to-15 year-olds (among our most hormonally stable citizens) to have stock trading accounts.

Gunjan Banerji and Alexander Osipovich, writing for the Journal, point out the obvious risk:

The market’s upside-down turn, featuring a sustained rally in smaller companies with shaky financials and easy fortunes made by some early buyers of these shares, doesn’t make everyone happy. Analysts and portfolio managers recall that the market meltdowns of 2000 and 2008 were preceded by roaring bull markets in speculative areas such as dot-com startups and mortgage finance. When those manias ended, the broader economy paid the price.

Millions of individual investors stampeded into the market last year, enticed by zero-commission brokerages and easy-to-use investing apps, and their interest helped fuel the post-pandemic rally. That, and the fervor with which many small investors have piled into market winners, have potentially set the stage for severe selloffs if spooked investors flee hot stocks en masse (“‘God Told Me to Put Money Into Hertz’: Small Investors Are Winning Big Again,” Wall Street Journal, 5/27/2021).

In what might be a sign of summer troubles, bitcoin just booked its worst month in history (down 36%). The three ETFs that track the once sizzling SPAC market are down 6-17% over three months. The Investor Who Can Do No Wrong (I’ve been reading financial pornographers again) has seen her flagship ARKK Innovation ETF drop 14% over three months despite a steadily rising market.

Over a longer time horizon, today’s elevated valuations are going to pinch your returns. The uptick in inflation will inevitably eventually lead to an uptick in interest rates, which will make fixed income more attractive and force equity investors to consider the consequences of having overpaid. Northern Trust (2021) estimates the five-year real returns on cash to be 0.1% and US stocks to be 4.7% with 14.4% volatility. Their models give the best future prospects to global high yield debt (5.6% real, 9.9% vol) and emerging equity (7.1% real but 23.4% vol).  GMO (April 2021) thinks everything will be negative, except EM value stocks (2.2% real). Research Affiliates (May 2021) puts the 10-year returns on US large caps below zero (-0.7%, 15.3% vol) with EM equity positive but volatile (5.3%, 21.3% vol).

Bottom line: in the short term, take on no more risk than you can afford. In the longer term, budget for modest returns and continue to take EM equities as a serious possibility.

Take care of the pennies, and the pounds will look after themselves

One good strategy in a low return/rising inflation environment might be to minimize your exposure to zero-return assets. The estimable Jason Zweig offers one recommendation for a risk-free gain:

Speculators in cryptocurrencies and in meme stocks like GameStop have been bragging for months about earning “10X” or even “100X”—10-fold or 100-fold profits.

Here’s how you can make more than 170X, raising your return 177-fold in a single trade. Move your cash from a bank account, where it’s probably earning about 0.02%, into an inflation-protected U.S. savings bond, which will yield 3.54% annualized. Unlike daredevil stock or crypto trading, buying an “I bond” is almost risk-free and delivers significant tax advantages. (The Safe, High-Return Trade Hiding in Plain Sight,” Wall Street Journal, 5/28.2021).

Series I bonds are available direct from the US Treasury. PIMCO 1-5 Year US TIPS Index (STPZ) might be an alternative, with five-year returns of 2.8% and volatility of 1.8%.

In the same vein, investors might want to consider a position in RiverPark Short Term High Yield Fund (RPHYX/RPHIX) ahead of its soft-close in mid-June. The fund’s lifetime returns average of 2.8% annually with minimal volatility (maximum drawdown of 1.1%, downside deviation of 0.4%). That gives the fund the highest risk-adjusted returns, as measured by the Sharpe ratio, of any fund over the past decade. RPHIX has a Sharpe ratio of 3.0, the next highest fund is under 2.0.

Manager David Sherman requested the closure as the fund reached $1.1 billion in AUM. While he does not face immediate constraints on the fund’s capacity, he says that he could imagine challenges in the year ahead and would rather act now to protect his investors than wait until it’s a day later than ideal.

The fund will remain open to existing investors and to new investors who invest directly with RiverPark. By way of full disclosure, I’ve owned the fund almost since inception and we’ve written repeatedly about it. 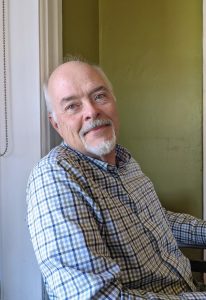 In May I announced my decision to retire as MFO’s publisher by year’s end. Three bits of follow-up to that note:

MFO will be on hiatus in August 2021. It’s typically our short “Dogs Days of Summer” issue. This year, Chip and I will be back east for my son-in-law’s wedding (she thinks of it as “her son’s wedding”) in late July, which made an August break sensible for us.

To John Voigt (thank you, sir, both for the generous contribution and the warm wishes … I’ll try not to be a stranger), Wilson, and good folks at S&F Investment Advisors.

And, as ever, to the indefatigable, joyful, curious, querulous folks on our discussion board: The Shadow (who sees all), Dave Moran, Ira Artman (dude, sent more leads!), OJ, and you all.  Thanks!

I’m speaking to the folks at the FPA NorCal conference on Thursday and with Chuck Jaffe on Friday. Next week, we’ll be gearing up for July by chatting with the folks at Appleseed Fund.

Until then, be well!