Our hearts go out to people around the world whose lives are being wracked by forces beyond their control, whether that’s the madness of dictators or the ravages spawned by the world’s increasingly unstable climate. Those folks represent needs far beyond the annoyance caused by our collective loss of $9 trillion in the stock market’s ongoing revaluation.

Those of us only indirectly affected by such tragedies have three imperatives: 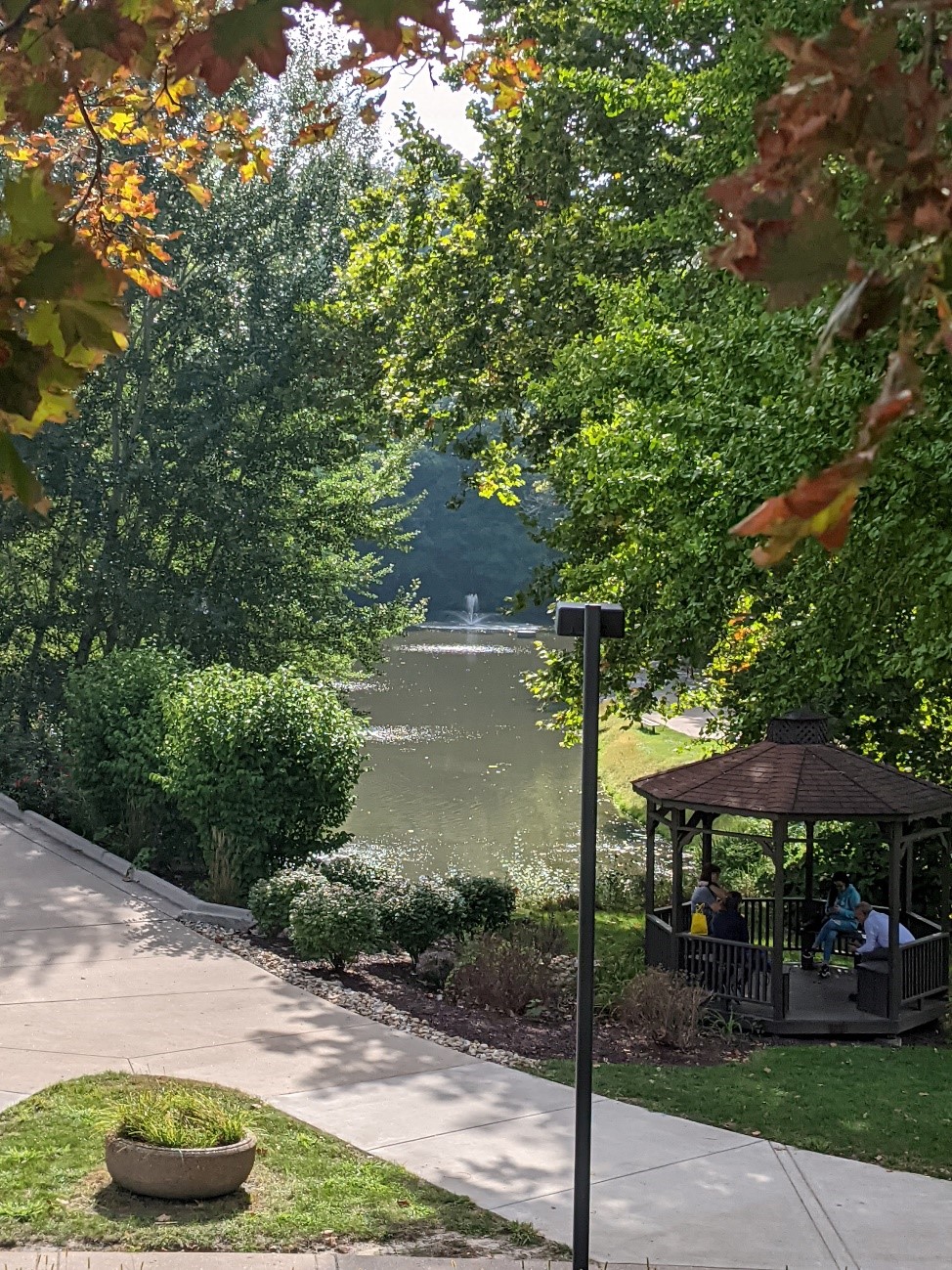 Much of this issue will focus on the dual challenges of holding things together now and actively preparing to gain in the better times (inevitably) to come.

The question we most often hear from friends is, “this market is crazy, and the stress is killing me. What on earth should I be doing? Run away? Charge forward? Pretend none of this ever happened?”

There is very little reason to anticipate healthy returns from stocks or bonds in the near term. The Federal Reserve is on a mission (to crush inflation), and they’re very aware of financial history (the Fed’s premature tightening in 1936 and 1937 led to a catastrophic crash, and their repeated giveaways in the decade following the 2007-08 global financial crisis triggered the behaviors that triggered the 2021-202? global inflation crisis). Chair Powell has repeatedly invoked the same warning: “The historical record cautions strongly against prematurely loosening policy.”

The Feds are going to inflict pain on us in order to change our expectations and behaviors. The longer it takes for those things to change – the Fed promises that policy is driven by “the data,” and the data in question are measures of softening employment, slowing growth, tighter job markets, weaker housing demand, and slowing prices.

Kai Ryssdal: I need you to roll with me on this last one. We’ve got a little game we play on the show. It’s called “What is Jay Powell thinking in five words or less?”

Jay Powell: Five words or less. I’m gonna go with what I really am thinking is “get inflation back under control.” (Marketplace, 5/12/2022)

Doing that will, in all likelihood, mean triggering a more-or-less severe recession in the US in the next year or so, which spreads to other economies. We’re not there yet, certainly, but investor Stanley Druckenmiller would be “stunned” if we didn’t have “a hard landing” by the end of next year. (The happy fiction of a “soft landing” is not supported by the history of Fed interventions, which contain only one instance of a tightening cycle which did not tank the economy.) Ned Davis Research puts the odds at 98%, Bloomberg’s survey puts the Eurozone at an 80% risk Vanguard’s economists are around 65% over the next two years. Mohammed el-Erian merely describes the risk as “uncomfortably high.”

Which might, or might not, be the occasion for a further 20-40% decline in the stock market. No one knows. 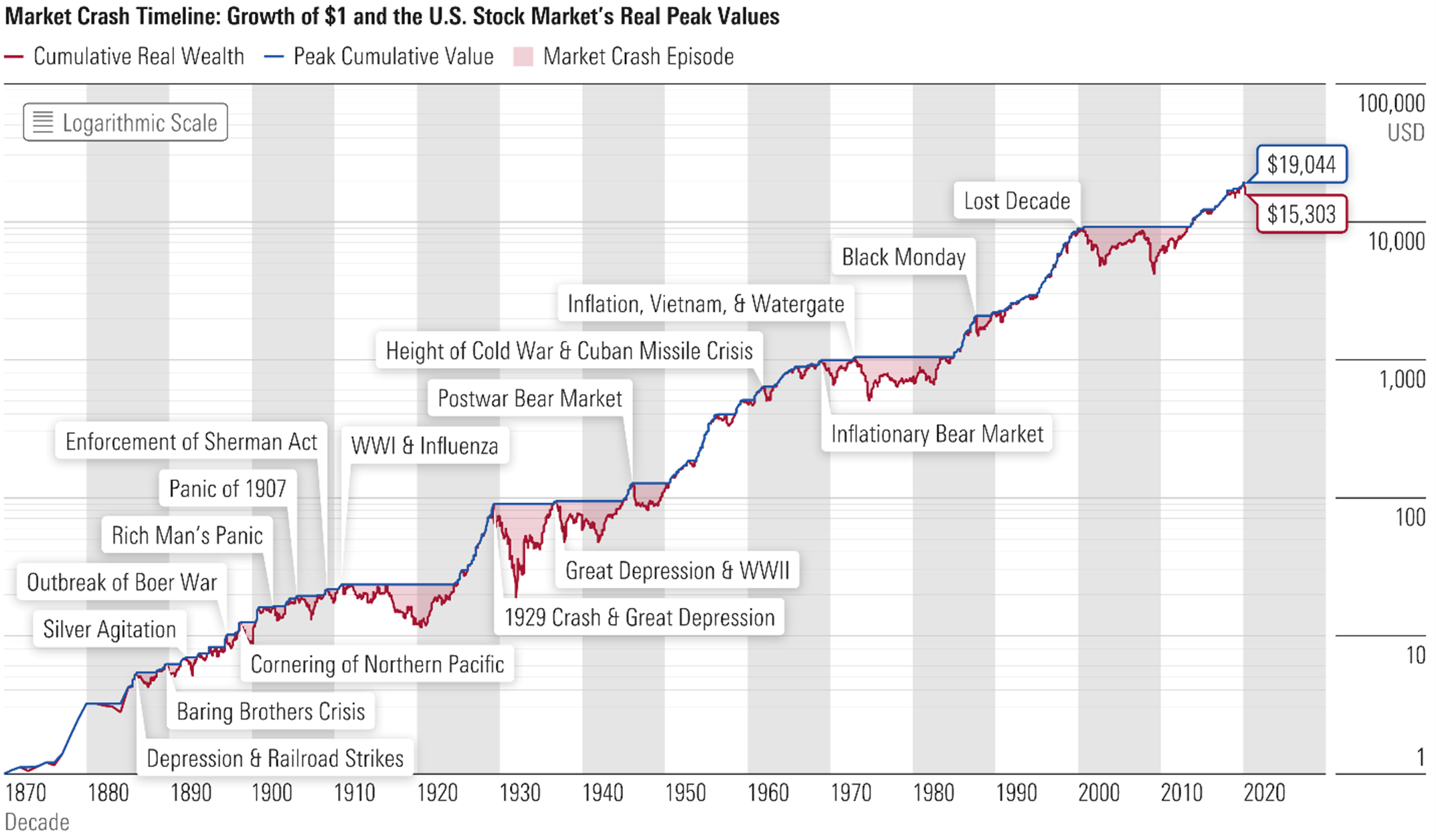 Uncertainty, dislocation, crashes, and stagnation are entirely normal. In the current phrase, “they’re featured, not flaws.”

So what’s to be done? Our answer is simple.

There are a bunch of small, sensible moves that can help you make some modest gains without corresponding risks. In this issue, Devesh Shah points you to the risk-free I Bonds that are now yielding over 9% and to the virtues of tax-loss harvesting and portfolio rebalancing as giving you some relief and some breathing room. Series I Bonds: A Ray of Hope

In mid-September, we tweeted out a warning and an investment recommendation:

Just two short-term funds have generated positive Sharpe ratios YTD: RiverPark Short-Term High Yield and its sibling CrossingBridge Ultra-Short. Both are managed by Cohanzick Management. CrossingBridge has a $50,000 minimum, RiverPark is $1000 for retail shares and $50,000 for institutional.

Cohanzick avers, “Return of Capital Is more important than return on capital,” which is reflected in the top tier performance of all of their funds (through 9/30) in a tumultuous market:

So one recommendation for the immediate future is to generate a strategic cash cushion.

And then, they’ll rocket. That’s the pattern of post-recession performance. Wise investors will begin planning now to profit then. Since we’re spectacularly bad at timing markets, don’t. Long-term investors should:

The flight of investors who misunderstood their own risk tolerance has created opportunities for the rest of us. After the decision in September to reopen their six closed funds, all 20 of the Wasatch funds are now open to new investors. Likewise, William Blair EM Small Cap is accepting new money for the first time in years.

Our colleague Lynn Bolin explores the possibility that our robot overlords, maestros of black box funds, might likewise offer advantages in the next market. Shining the Light into Black Box Funds

Devesh Shah spent dozens of hours in August speaking with emerging markets managers, an effort that culminated in his exceptional September essay “Emerging Markets (EM) Investing in the Next Decade: The Game.” With its companion piece on “The Players,” it was the most-read article in the issue.

All of the August interviews – with leaders at Rondure, Causeway, William Blair, Pzena, and others – were catalyzed by a series of conversations with Andrew Foster, founder of Seafarer Capital and one of the most thoughtful guys in the industry.

In a hard environment, those managers posted some of the industry’s best returns. Here are the top ten diversified EM funds based on total returns through 9/30/2022.

That consistent success, in both absolute and risk-adjusted terms, led CityWire to profile Seafarer Capital as their “boutique of the month” (registration required). 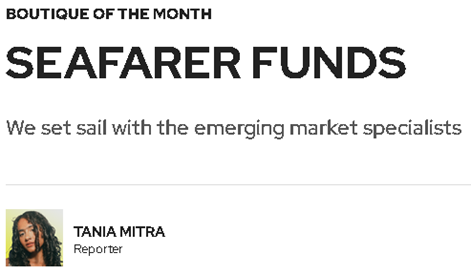 We warned folks about the inordinate risk of entrusting money to Cathie Wood even as investors chucked tens of billions in her direction. “This is certainly not to criticize the folks who chucked $37 billion at Ms. Wood and her bevy of high vol ETFs in 2020. Really, 1,100% asset growth in 12 months (including $700 million in the Space Exploration ETF) for a family of funds whose success is almost entirely dependent on the continued flawlessness of a single person … what could possibly go wrong?” (5/2021)

Morningstar’s analysis is purely caustic (“the strategy has been one of the worst-performing U.S.-sold funds …Manager Cathie Wood has since doubled down on her perilous approach … her go-with-your-gut approach [compounded by the fact that there are no discernible risk management controls] has hurt many investors of late. It could hurt more in the future”(Robby Greengold, 9/9/2022, paid membership required).

We were right, but we were rarely funny.

Ms. Woods’ most recent move has been the launch of a (ridiculously expensive) fund that allows you to blindly trust in her ability to pick non-public stocks, with the additional proviso that you can’t have your money back.

Alex Rosenberg and Alex Steger rose to the challenge of eviscerating the fund while simultaneously being funny and keeping their legal department happy-ish. Their goal: saying only nice things about ARK Venture. (9/30/2022).

“ARK Venture Fund,” they observe, “is a very pleasant name,” so only a cynic would suggest “that she’s taking her sizable fan base and ushering them into the retail investing structure that pays her the highest possible fees for the longest possible period of time.”

Things we’ve seen before and things we haven’t 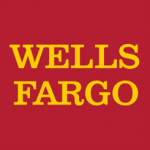 Wells Fargo is in trouble again. Allegedly “Wells Fargo hiring managers interview minorities even after a position has been filled in order to suggest that it is working towards a more diverse workforce, as well as to boost its own diversity statistics” (TheStreet.com, 9/26/22). After hitting their stride with a scandal a month, seemingly for years, I sort of missed the reassuring rhythm of perfidy.

And then, something entirely new! A team of criminals posing as legitimate fund advisors invented an entirely non-existent mutual fund, Archer Growth Fund. According to the SEC, the crooks created a website and then claimed

that the Archer Fund had an annual rate of return of 47%, that it had beaten the Russell Growth Index for five straight years, and that it was “one of the only High-Watermark Funds available on the market.” The SEC also alleges these claims were false. Indeed, the SEC alleges there was no Archer Growth Fund.

Please note, too, that “Archer” is a common name, so this does not refer to the Archer family of funds nor to a Canadian fund operating under that name.

Many, many thanks to those who help us keep the lights on. Wilson, S&F Advisors, William, Greg, Doug, William, David, and Brian – we appreciate your steady support. James, Leah, and Radley – it was so good to hear from you.