Bridgeway’s Omni Tax-Managed Small-Cap Value Fund will be converted into the Omni Small-Cap Value ETF. The conversion will require the approval of existing shareholders. If the conversion is approved, it is expected to take effect on or about during the first quarter of 2023.

Fidelity, likewise, is moving more funds into an ETF wrapper. Two and a half years ago, Fido launched a series of trendy funds which promises to find the disruptors, not just the innovators, and profit from them.

To date, the funds have gathered neither assets nor plaudits.

Fidelity’s new move is to pop the trendy strategies into the trendy active ETF wrapper. Those changes will occur next summer, with the promise of “lower net expenses, additional trading flexibility, increased portfolio holdings transparency, and the potential for enhanced tax efficiency.”

Shelling out some gold, man: Goldman Sachs has agreed to pay $4 million over how it managed mutual funds and other products that pick stocks based on environmental, social, and governance criteria.

The SEC found that Goldman’s Fundamental Equity group, which managed its strategies, was using ESG scores generated from questionnaires to guide position sizing and stock selection in the funds without actually utilizing them.

James Velissaris, the founder and former chief investment officer of Infinity Q Capital Management (Infinity Q), a New York-based investment adviser that ran a mutual fund and a hedge fund that purported to have approximately $3 billion in assets under management, pleaded guilty to securities fraud. He faces up to 20 years in prison and is scheduled to be sentenced on March 3rd. He had initially pleaded not guilty and rejected plea deals with a trial scheduled to begin next week on six counts total.

Infinity Q and Velissaris had run the Infinity Q Diversified Alpha Fund, which was valued at $1.7bn before its closure in February 2021 but was later revised down to about $1.2bn. The firm also ran a hedge fund, the Infinity Q Volatility Alpha fund, which federal officials alleged was similarly overvalued.

Mesirow goes less green. Mesirow Small Company Sustainability Fund has been renamed Mesirow Small Company Fund, and its mandates to invest in firms with favorable Sustainable Equity scores have been eliminated. The decision is curious and unexplained. Mesirow is a tiny ($24 million AUM), high-performing (five-star) fund with outstanding performance and most of its inflows this year. One could imagine two explanations: (1) they don’t want to be anywhere near the Republican backlash against sustainable investing, or (2) “sustainable” wasn’t paying the bills, so they thought they’d try managing without it. Regardless, a good fund.

RiverPark Strategic Income is moving to a new home. The five-star fund is moving, perhaps invisibly, from RiverPark to CrossingBridge Advisors. CrossingBridge is part of Cohanzick, which has managed it since its inception. Manager David Sherman reassures investors that they’ll feel no fallout from the move:

The move gives CrossingBridge control over things like the fund’s marketing; the fund approaches its 10th anniversary with a five-star rating but just $222 million in assets. Cohanzick and CrossingBridge manage $2.6+ billion under four strategies:

Folks curious about the strategies might enjoy the quarter commentary and portfolio review, available through the RiverPark website.

Good news and bad news from T. Rowe Price. Good news: Price’s funds, income, and equity, domestic and international, have consistently outperformed their passive competitors. A study released by Price in late November 2022 notes a 75% success rate for their funds, based on an analysis of performance over rolling 1-, 3-, 5- and 10-year periods. 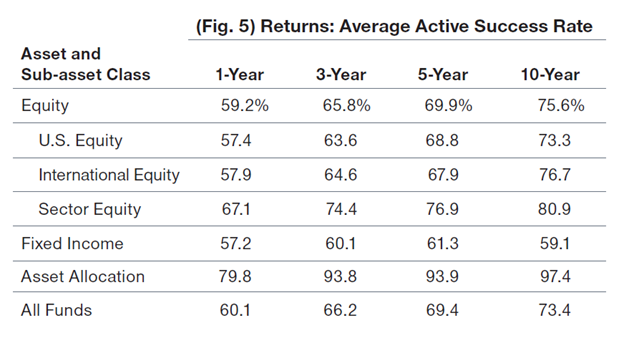 Translation: if you hold the average T Rowe Price equity fund for five years, you have about a 70% chance of beating the market: which is to say, outperforming a passive index fund or ETF in the same investment arena. A second table in the same report tracks “the percentage of funds that outperform more than half the time (those with a “positive” active success rate”).” That’s 80% of all T. Rowe Price funds, including 100% of its asset allocation (e.g., target-date) funds.

The “rolling” part is important since it dramatically increases the number of observations tracked by the 20-year study. A one-year rolling metric does not just measure 2004 performance, 2005 performance, and so on. That approach would give you 20 observation periods and a lot of noise in the results. Instead, a rolling period analysis would include January 2004 to December 2004, then February 2004 to January 2005, March 2004 to February 2005, and so on. That results in 229 one-year observation periods, with the same process applied to 3-, 5- and 10-year periods.

On whole, the equity funds consistently have higher returns than their passive competitors without higher volatility; the income funds have slightly higher returns with substantially lower volatility. A win all around and one of the reasons that T Rowe Price holds about half of Snowball’s retirement portfolio. The complete study can be found here.

Bad news: investors are still drifting away. CityWire reports that Price suffered third quarter outflows of $25 billion, one manifestation of an “exceedingly challenging year” which had led Price to reduce expenses. Those reductions translate, in part, to a 2% reduction in the workforce, or about 150 jobs (“T Rowe Price lays off 150 workers,” 11/17/2022).

Morningstar reports Price as having net outflows every year since 2016, for a cumulative move of over $150 billion. That’s remarkable and appalling given the indisputable fact that the vast majority of these investors are damaging their ability to achieve their financial goals by reallocating money from a consistent, if quiet, winner to the Bright Shiny Bauble du Jour.

It also helps explain Price’s decision to both launch active, non-transparent ETFs and to selectively convert their existing funds into ETFs. Both moves give fund-averse investors a way to avoid the psychological stigma of being “fund investors” (people who likely still have 8-track players in the Lincoln Town Cars) while accessing Price’s exemplary stewardship.

In general, any conversion of a successful fund to active is a win for both shareholders and advisors since it lowers barriers to investing in the fund by eliminating minimums and carries the potential for lower expenses and more modern taxes.

Effective November 4, 2022, iMGP Equity Fund has been rechristened as the iMGP Global Select Fund with a commensurately more global portfolio.

The Dustbin of History

Calamos Global Sustainable Equities Fund will be liquidated during the first quarter of 2023.

Clearbridge International Small Cap Fund is closing to new investors and will be liquidated on or about January 18, 2023. It’s a $30 million fund that seems perpetually trapped in the basement, so I guess this is a welcome relief of sorts.

If you like the idea of international small cap investing as a way to tap into a mispriced, undervalued asset class, our recommendation is to put Harbor International Small Cap on your due-diligence list. It’s pretty much the best there is.

Thomas White International and Thomas White American Opportunities Funds will be liquidated on or about December 28. 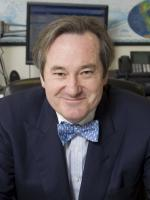 The Tocqueville Opportunity and The Tocqueville Phoenix Fund were merged into The Tocqueville Fund on November 18, 2022. They’re one of the first few funds that seem obsessive about including the “The” in all references to their funds. Robert Kleinschmidt (right) has been managing Tocqueville since 1992, and seems to be handling it solo. Opportunity and Phoenix were decent funds, nearly 29 years old, and managed by three other guys who do not now appear to be working with the mutual fund.

VectorShares Min Vol ETF closed to new investors and liquidated, on rather short notice, by the third week of November 2022.