What do they do?

The fund is the newest manifestation of a strategy that Mr. Russon has been running since 2005. Like me, Mr. Russon is a graduate of the University of Pittsburgh. Mr. Russon had been employed by Piermont Capital 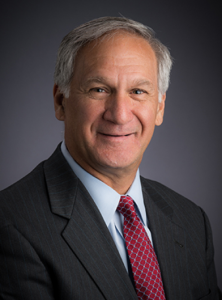 Management, which was acquired in 2019 by Ziegler. Based in Chicago, Ziegler has built strategic partnerships with a number of managers and now oversees $9.4 billion in assets.

Mr. Russon and his team use a rigorously quantitative approach to position the portfolio. The portfolio generally holds about 100 stocks.

Portfolios have three possible sources of outsized gains or risks: portfolio positioning, security selection, and execution. Portfolio positioning refers to the “big picture” bets that some managers make: they bet on the success of a particular sector by, for example, overweighting tech stocks or avoiding financials. Some bet that the tiniest stocks in their universe will thrive (or fail) while others bet that the highest or lowest volatility ones will. The problem with that strategy is that you’re no longer analyzing individual companies; you’re pretending to analyze the psychology of millions of other investors whose actions will eventually move the market. Mr. Russon & co. avoid all such bets. He describes the portfolio as “effectively sector, beta, and market-cap neutral to the benchmark.” Industry sector weightings, for example, are generally within 0.3% of the benchmark.

Security selection, then, drives the portfolio. They rely on 14 multi-factor models supplemented with qualitative risk assessment. By their account, the system “seeks to identify individual companies with the potential to outperform their industry peers by assessing more than forty factors, which are weighted differently for each industry.”

The team’s performance, measured by the performance of its separately managed account composite, has been consistently strong. It’s good that they have outperformed that benchmark over time: their 10-year returns (as of 6/30/2020) where 9.29% annually, net of fees. Their benchmark returned 7.82% in the same period: a 146 bps annual advantage of Piermont.

It’s better that they have achieved highly consistent outperformance. Net of fees, the separate account composite has outperformed its benchmark in nine of the past 10 years. The exception was 2016 when Piermont returned 26.8% while the Russell 2000 Value made 31.7%. On whole, they’ve beaten their benchmark over the past 3, 5, 10, and 15 year periods. That validates the team’s aspiration of using “repeatable and dependable analytical processes.”

The institutional shares are currently open, with an investor share class authorized but not funded. The institutional share class minimum is $100,000, but the minimum is waived for retirement plans and clients of eligible financial intermediaries, such as a fee-based advisory program. The expense ratio, after waivers, is 0.90%. Institutional shares should be available at Fidelity in the immediate future and at Schwab, hopefully, by year’s end. Somewhere in there, the low-minimum retail shares are likely to become available.

The strategy’s website is understandably a bit richer in content than the fund’s, though neither is particularly rich just yet. That said, the folks at Ziegler Capital seemed very approachable and interested in getting folks the information they needed.