Welcome to autumn. Or, at least, our current attempt at autumn. Temperatures here in Iowa remain in the 80s and there’s only the barest hint of typical autumnal weather: a bit cooler nights, pumpkins studding the fields, the steady flow of apples out of the orchards, and bits of color emerging on the maples.

And, speaking of pumpkins it’s time to celebrate  … 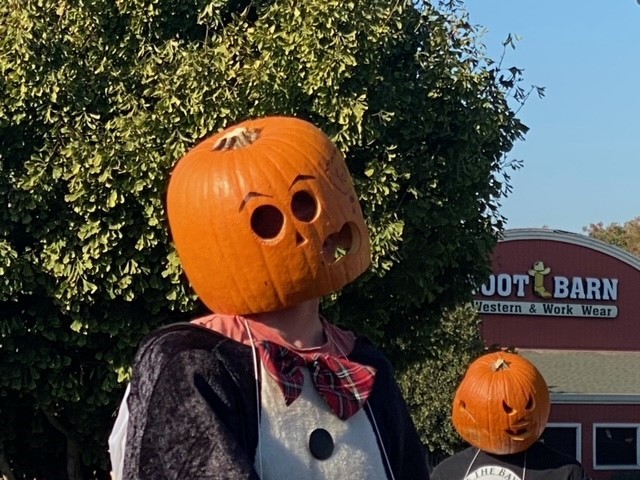 We have always recognized the tendency of old guys to operate on some combination of delusion (Aristotle observed “they are continually talking of the past, their fits of anger are sudden but feeble … and they are slaves to the love of gain”) and … well, delusion (Mark Twain’s official biographer, two years after Twain’s death, quotes him as saying “When I was younger I could remember anything, whether it happened or not; but I am getting old, and soon I shall remember only the latter”).

That’s been highlighted in the news a lot this month.

MIT: The guys who are most confident in their investing abilities are also the ones quickest to sell in a panic.

Max Fox reports on the results of an MIT study entitled “When Do Investors Freak Out?” which analyzed the trading behavior of more than 600,000 brokerage accounts to see what best predicts who was “most likely to panic sell at the worst possible time.” Their answer: men over the age of 45 who are either married or identify as having “excellent investing experience.” (“Men over 45 who identify as having ‘excellent investment experience’ are more likely to panic sell,” 9/28/2021)

Bill Gross found to be contemptuous

The ridiculously rich former fund manager got involved in a dispute with his ridiculously rich neighbors. Gross put up white netting; He claims it was to protect a million-dollar statue, they claim it was to block their view. They sued. He started blasting the Gilligan’s Island theme song all night long … because he liked it, not because he wanted to punish them. A judge issued a three-year restraining order. He and his wife violated it, and so he’s been ordered to pay a $1,000 fine (laughter ensues) and spend three days in jail (“Billionaire Bill Gross found guilty of contempt,” 10/2/2021).

Fed governors: Conflicts-of-interest are problems for other people

Depending on which manager you speak with, the Fed has either been providing steroids… or opioids.

All of this makes it essential that people have confidence in the impartiality of the Fed’s decision-making. That impression was dented by disclosures that two members of the Fed’s governing board made active and extensive trades in industries directly impacted by their actions. Eric Rosengren, the president of the Federal Reserve Bank of Boston, was buying mortgage-backed bonds … an asset-class that the Fed itself was purchasing. Last week, he said he would step down “for health reasons.” Meanwhile, Robert Kaplan, the president of the Dallas Fed, made 22 trades valued at over $1 million and said he would resign Oct. 8 to avoid becoming a “distraction.”

My two favorite financial journalists, Kimberly Adams and Kai Ryssdal of Marketplace agreed that their actions were not illegal. Their disagreement centered on whether the actions “look really bad” (Adams) or “look terrible” (Ryssdal). But at least both had a good grace to resign.

No such principled action from the seven members of Congress – a rare, bipartisan group of four Democrats and three Republicans – who made hundreds of unreported financial trades despite (or perhaps because of?) the fact that five of the seven sit on the powerful House Financial Services Committee. Their actions violate the STOCK Act, which was designed to eliminate insider trading by members of Congress.

That’s not entirely “old guys acting badly,” since one of those involved is Cindy Axne (D-Iowa). 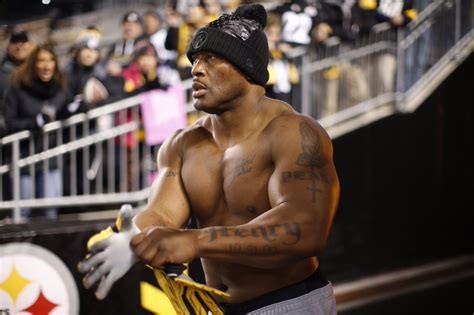 “That Roethlisberger’s just a burned-out hulk. I’d have two tight ends out, a fullback in, and Claypool on a fly pattern. The defense wouldn’t know what hit them.”

Yep. Good luck with that.

Direct indexing is the “retail investing trend that’s sweeping Wall Street.” It’s a way to “Beat Funds At Their Own Game.” Not envious enough? It’s just “like customizing a Tesla, but with your portfolio.”

Vanguard, Fidelity, Schwab, Franklin Templeton, Morningstar, and others are all getting into the game by rolling out their own direct index services or by acquiring some direct indexing startups to add as divisions.

What on earth is it? It’s the financial communities latest innovation in their ongoing efforts to separate you from your wealth, without ever having you notice (Cf “Where are the customer’s yachts?” and “portfolio manager” in The Devil’s Financial Dictionary for details.) Direct indexing allows you to directly and easily own all of the stocks in an index, rather than owning them indirectly through shares of a fund or ETF. And because you own the individual shares, you can also rebuild the index to suit your individual whims, passions, and insights.

Don’t like Exxon? Begone! Got a hot tip on Tesla? Double down. Sneaking suspicion that the high price of bacon heralds dark days ahead? In with real assets industries!

The presumed advantage of direct indexing is heightened tax efficiency (you can aggressively sell losers – a strategy some describe as “selling low” – to offset gains from your winners, or perhaps to buy more of the winners – aka “buying high”). Or you can customize your holdings to express your value preferences.

Three things to keep in mind:

One of the questions that arose in recent years was “how can Fidelity (or Invesco or SoFi or BNY) possibly make money by offering funds that charge zero in expenses” or “how can Vanguard possibly make money with funds that charge 3 basis points … you pay $3 in expenses for every $10,000 you commit? The answer is: those products are not designed to make money for the advisors, they’re designed to rope you into other, high-margin services.

Abigail Johnson didn’t get to $24 billion in net worth by running a charity. 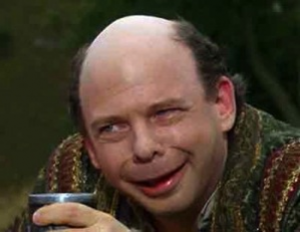 You fool! You fell victim to one of the classic blunders – the most famous of which is “never get involved in a land war in Asia” – but only slightly less well-known is this: “Never go in against a Sicilian when death is on the line.”

There are three great rules for national and financial survival. They are:

The best we can say about the direct indexing vogue is that it hasn’t, yet, caused us to invade Russia in the late summer (or Afghanistan, “the graveyard of empires”).

But who knows what the future holds?

Our heartfelt condolences to Ira Artman and his sons, Daniel and Josh. Ira is a long-time reader and frequent contributor to MFO, both its discussion board and our monthly issue. Ira’s lovely wife Amy fell ill on the night of September 24 and passed away the next day at the JFK Hospital in New Jersey. Amy was a physical therapist and a healthcare administrator, a teacher and a volunteer, a passionate reader, puzzler, traveler, partner, and mom.

We share Rabbi Rosin’s quiet closing note, “May Amy’s memory forever be for a blessing and may her family find some comfort during this devastating time.” And may that same memory remind us all of the preciousness of the moments we have together, the joy of making a difference, the importance of savoring each day, and of making evident our abiding love for those around us.

We wish them peace.

And to you, thanks! As ever to The Shadow, for his indefatigable contributions to the discussion board and to our knowledge of otherwise-cryptic SEC filings. To our faithful cadre of financial supporters: Wilson and the folks at S&F Investment Advisors. Greg, William, William, Brian, David, and Doug!

And to all of you who’ll join us again in November!