Welcome to November, a quieting time in nature and one which gives us the opportunity to take a deep breath, rejoice that we’ve pretty much made it through another year, and give thanks for the people and events that have enriched our lives. 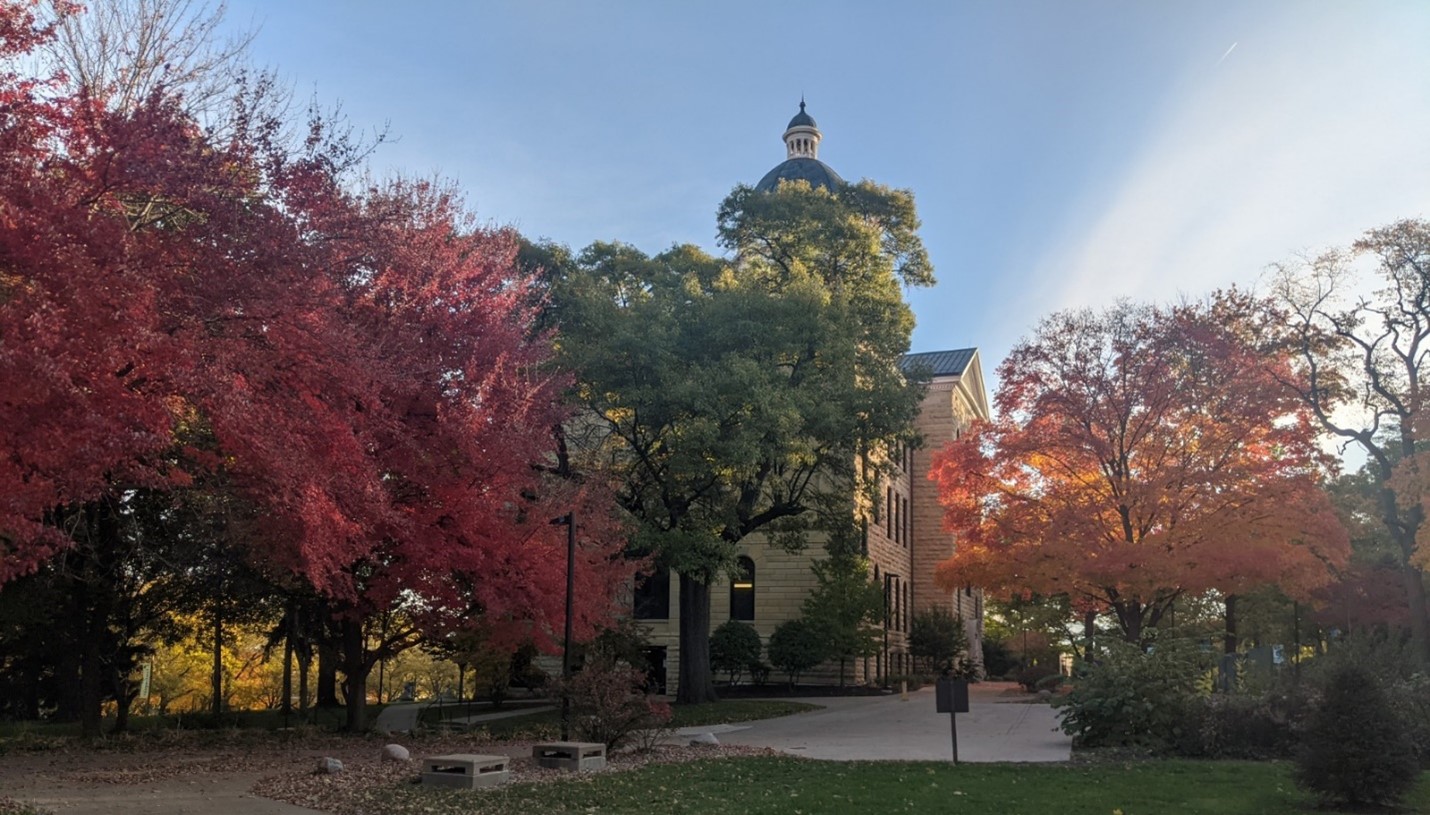 November was the ninth month in the old Roman calendar (hence its name, from “novem” for “nine”) and the residence of the American Thanksgiving holiday, which was celebrated intermittently until the presidency of Abraham Lincoln and annually thereafter.

In the midst of a civil war of unequaled magnitude and severity, which has sometimes seemed to foreign States to invite and to provoke their aggression, peace has been preserved with all nations, the order has been maintained, the laws have been respected and obeyed, and harmony has prevailed everywhere except in the theatre of military conflict …

No human counsel hath devised nor hath any mortal hand worked out these great things. They are the gracious gifts of the Highest God. . . It has seemed to me fit and proper that they should be solemnly, reverently and gratefully acknowledged as with one heart and voice by the whole American people.

In 2021, anyway, it’s also the start of the Jewish Festival of Lights, of which it is said, “Hanukkah is not merely a cause for celebrations. It is a trial of perseverance.”

And, not least, the date of the American elections, which are – for all of their madness – free and peaceful, honest and fair. While this month’s elections – for school boards and city halls, primarily – don’t have the riveting drama of national contests, they are the lifeblood of our society. We need to care about our schools and our children; we need to care about our neighbors and our neighborhoods. We build large things at last by building small things first. That’s the essence of these thousand small votes. You should do your part in them.

We mentioned, last month, the bipartisan and multi-branched celebration of insider trading, as both members of the Federal Reserve’s board of governors and a bipartisan collection of Congress members were flagged for trading on inside information.

This month adds to the roster. Another 43 members of Congress have failed to properly report their financial trades as mandated by the Stop Trading on Congressional Knowledge Act of 2012, also known as the STOCK Act. Senator Richard Burr of North Carolina is under investigation by the SEC for trades he and his brother made in February 2020; reportedly, the senator called his brother, who, within minutes, placed sell orders ahead of news of the effects of Covid. Burr had been privately briefed on the pandemic’s likely toll, though the Justice Department announced in January that they were not pursuing criminal charges. Fed chair Jay Powell did about the same: selling $5 million in Vanguard fund shares just ahead of the Covid bear.

All of which is sadly resonant with recent research findings, showing that rich people really are self-absorbed, entitled clods. “Emotional intelligence” is the ability to recognize and control our own emotions, but also the ability to recognize and influence other people’s feelings. It’s an incredibly important skill for managing stress, de-escalating conflict, building partnerships, and making the world a better place.

Ken and Karen have no emotional intelligence. Neither, as it turns out, do most people who are rich and recognize their superiority to others. 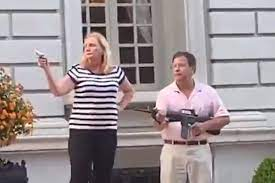 A series of studies published in Social Psychological and Personality Science found that people of higher socioeconomic status (SES) score consistently lower on tests of emotional intelligence, especially when they perceive high levels of inequality in their community. The researchers suggest that high SES and high subjective inequality promote increased self-focus and less motivation to attend to others’ emotions.

This might explain why it never even occurs to some of our elected and appointed officials that, perhaps, rules apply to them, too. 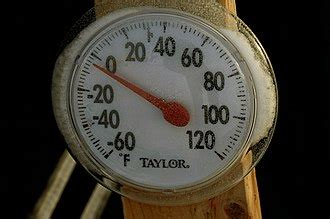 The Bank of America has now joined the “dead for the long term” party. They now project that the S&P 500 will return somewhere between zero and a bit below zero annually for the next ten years. That’s perfectly in line with Research Affiliates’ projection of a negative 0.5% annual return for the broad US stock market and wildly more optimistic than GMO’s regression-driven estimate of negative 7% annual returns for the next seven years.

There’s an argument for thinking a bit broadly. We’ve profiled Standpoint Multi-Asset Fund this month, one of the entrants in the “permanent portfolio” derby. Standpoint argues that traditional asset class returns are positioned for long-term stagnation, and they strive to add non-traditional asset classes as a buffer. Similarly, it might be wise to give greater weight to dividends as part of your portfolio strategy. High dividend yield corporations are often in mature, slower growth industries, whose dearth of growth opportunities explains why they have the cash to hand back to shareholders.

Funds whose mandates give equal importance to income and growth are classified as Equity Income funds. I did a quick screen for the Equity Income funds with the best risk-adjusted returns. These are all MFO Great Owls. Since the strategy is a bit old-fashioned, you shouldn’t be surprised that most of these funds have a record spanning decades. And you should be pleased that, by the nature of the Great Owl metric, these are funds that have been consistently in the top tier of their class. For the sake of comparison, we’ve also included Vanguard Total World Stock Index as a quick benchmark. 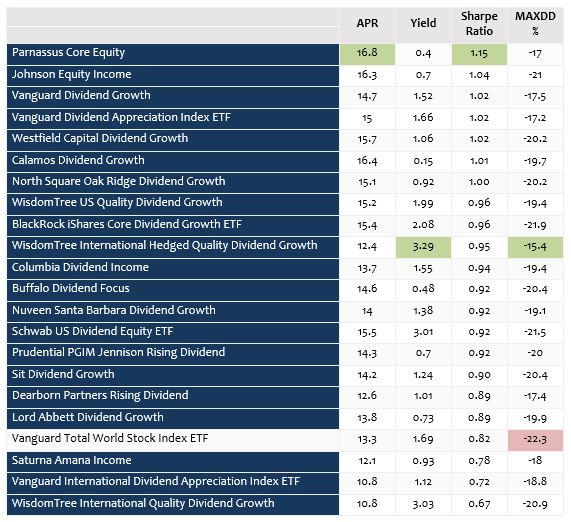 Thanks, in a season of thanksgiving …

To our loyal supports, Paul, John, Wilson, the folks at S&F Investments (hey guys, I owe you a fund profile), Brian, William, and the other William, David, Doug, and Greg. As we work through the knotty questions (ahem, not “naughty”) of MFO’s future, your continued faith and support means more than you could know.

Likewise, for Shadow and Ira and all of the good folks on the MFO Discussion Board… Ya give us reason to get up each morning!

See you when the snow flies,