As you read this, Chip and I will be on vacation in Door County, the idyllic peninsula just north of Green Bay, Wisconsin. While I’m sure there have been years when she and I more needed time away, I surely cannot remember when. I was introduced, this year, to the term “trauma-informed pedagogy” and to the realization that perhaps three-quarters of our young people have taken a few more hits than they’re currently capable of managing.

Having managed their mental health for the past year, we’re going to work on our own for a week or two. 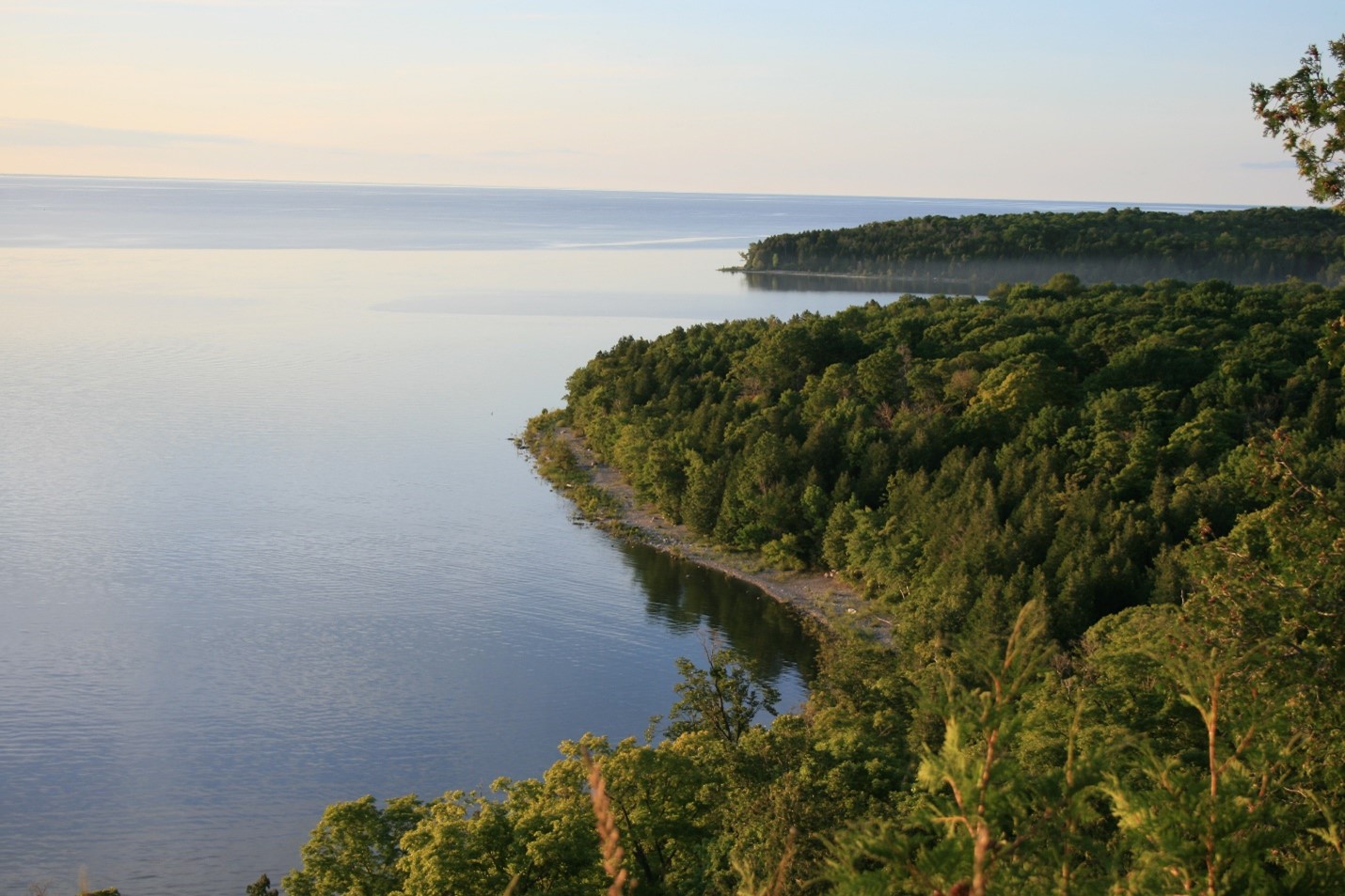 Door is a remarkably good place to be offline, internet-free, unavailable by text or email … and breathing.

So our plan is simple: eat, breathe, laugh, love, repeat. “Go and do likewise,” the man said.

We’ll have a side of cherry pie in your honor.

Our colleagues have stepped up splendidly this month to make up for my disconnection. Devesh shared two pieces – on the importance of faith in investing and a review of how his own essays have stood the test of the bear market – as did Lynn Bolin, who is entering retirement now and working to help other folks make sense of the experience. Mark provides some exceedingly thoughtful analysis of portfolio performance in the 1970s, looking at how a half dozen different strategies might have served a retirement investor. Charles celebrates the return of real returns on risk-free investments and highlights new MFO Premium tools to help you manage it all. The Shadow rounds things out with an excellent collection of industry developments (into which I’ve cynically injected just one or two snarky pieces). And I did stay connected long enough to explain why you should care that FPA New Income is now accepting new investors and what a leather-clad kitten with a whip might teach (however painfully).

It’s been well-documented that investors anchor to peak prices, no matter how extreme. On January 27,2022, the Russell 2000 Index reached a decline of more than 20% from its November 2021 peak. At one point in the first quarter, the S&P 500 had fallen 13% from its record high. A February 11, 2022, article from the Wall Street Journal was titled, “The Stock Market Hasn’t Looked This Cheap in Nearly Two Years.” Two whole years, you say? Stock prices were more than 50% lower in March 2020 [than they are today]. A couple of decades ago, if you would’ve told investors that nearly half of publicly traded nonfinancial small caps would be unprofitable and that the median valuation of the profitable ones would be 18x EV/EBIT after they entered a so-called bear market (20% decline), the reaction may have been, “You must be joking,” instead of, “Let’s go bargain hunting.”

While the pullback from November to late January temporarily improved the attractiveness of many small cap securities, the decline did not produce panic or a significant number of undervalued equities, in our opinion. That the drop felt severe to some demonstrates that many investors’ expectations are anchored to high water marks. The modest turbulence in equities in 2022 has not unwound the impact of the last dozen years of Fed excesses, with the pillars of quantitative easing and paltry interest rates, topped off by a fiscal splurge of epic proportions. No, not even close. We are reminded of family vacation road trips when the kids asked if we were almost there before the car had even made it out of our hometown. If investors zoom out to examine the history of market cycles, the scale of the existing bubble should be apparent. Let go of the anchor!

How far from the bottom might we be? There is no shortage of analytics, speculators, and pundits who declare that the market is somewhere between fairly valued and undervalued.

I’m not sure that I’d bet my lunch money, much less the mortgage, on that happy thought. Bear markets tend to involve a period of blind panic in which prices fall much farther (and sometimes much faster) than is purely rational. That happens when people who are been brave and stoic can’t take it anymore and decide to do … well, something! Often, if not always, the panic becomes self-sustaining. So, the bottom can be irrationally low.

The Leuthold Group has a regular “estimating the downside” calculation. They note that valuations often fall into their bottom quartile during a bear; that is, if you look at valuations in the stock market every month from here back to some date and order those from the most expensive months (typically in the late 1990s) to the least expensive ones (typically in the mid-1930s), you might expect a bear market to end once you have valuations in the bottom 25% of all months.

If that pattern holds, there’s a lot of water under our keel.

Our advice: pick a strategic asset allocation you can live with (mine is 50/50, growth v security), and get on with life. If you feel compelled to turn the stock exposure dial up or down, regularly monitor where long-term investors such as Messrs. Cinnamond and Wiggins (if you’re super chill) or Leuthold (if you’re normally chill) sit.

Do good when you can

The Russian invasion of Ukraine proceeds, increasingly focused on mass civilian casualties caused by a combination of “dumb” weapons and horrifying ones (thermobaric warheads, which the Russians cheerfully designate as “heavy flamethrowers”). At sea, a blockade of Ukraine’s grain exports (they export about three-quarters as much as the US does) is causing spiraling prices in developed countries and starvation in poorer ones. 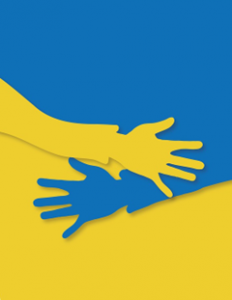 Reportedly the Russian political calculation is that the West will get bored and distracted long before their invasion force collapses.

We’ve previously shared suggestions from Victoria Odinotska, a native of Ukraine who is now president of Kanter PR. In Victoria’s judgment, two of the most compelling options for those looking to offer support are Razom for Ukraine (where “razom” translates as “together”) and United Help Ukraine, which has both humanitarian aid for civilians and a wounded warriors outreach.

The other great upheaval was occasioned by the US Supreme Court’s reversal of the 50-year-old decision in Roe v. Wade, which found a woman’s right to terminate an unwanted pregnancy in a right to privacy and personal liberty.  Many states quickly outlawed, or effectively outlawed, the procedure. Charity Navigator has also assembled a non-partisan collection of charities that are effective in helping people navigate this new minefield, from crisis pregnancy centers, adoption organizations, aid for women and children, and women’s health and access centers.

Fayez Sarofim (1929 – 2022) died in Houston on May 27, 2022. Mr. Sarofim was born in Egypt, emigrated to the United States in the wake of WW2, and became a citizen in 1961. He also founded Fayez Sarofim & Co. in 1958, from which he practiced a particularly effective and patient growth investing discipline.

The plan was two-fold: (1) buy really good stuff and (2) keep it nearly forever. “Nervous energy,” he opined, “is a great destroyer of wealth.” After the 1987 crash, for example, he urged investors to go fishing. That translated to concentrated blue-chip portfolios, both in Dreyfus Appreciation (DGAGX, now BNY Mellon Appreciation, which he managed from 1990 to the end of his life) and Sarofim Equity (SRFMX, the in-house clone that he launched in 2014). The funds’ holdings have an average market cap of $350 billion and an annual turnover of 2-4%.

He was a generous patron of the arts in Houston and a supporter of its medical community.

As part of the transition from “Morningstar dot com” to “Morningstar Investor” (at $250/year), Morningstar has unveiled a new fund screener. It might be described as “streamlined and investor-friendly.” A Morningstar representative put it this way: “The new screener provides an efficient interface to quickly funnel the investment universe by key Morningstar data points.”

From the perspective of a serious non-professional investor, the description might be “dumbed down to near uselessness.” The new screener limits you to about 20 variables, such as a fund’s Morningstar category, Morningstar star rating, Morningstar analyst rating, Morningstar sustainability rating, and expense ratio. Performance queries are limited to a handful of trailing periods; for example, you can ask about the trailing 12 months but not the performance in 2020. 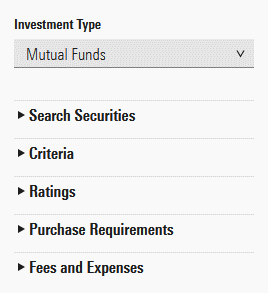 You cannot ask about a fund’s management nor its portfolio nor its risk profile. Some, but not many, of the old screener’s data points can be displayed, but not searched for. You can display, but not screen for, the average economic moat in a fund’s portfolio. You can neither display nor screen for median market cap, portfolio composition, or annual returns in raw or relative terms.

Mutual funds are in direct competition with ETFs, but Morningstar’s screeners have never allowed direct comparisons of the two. The evolution of Morningstar Investor doesn’t change that. The written reply to my question about whether they’re going to unify the two to allow the side-by-side evaluation evoked this response:

We are continually evaluating feedback from users and expect the platform to evolve over time regarding tool usage, workflows, and elements to help individuals become incrementally better investors and align their portfolios with their financial goals.

The general tenor of our community’s reception of the change is captured in a discussion thread entitled, “M* is screwing everything up again.” To be clear: that’s an argument being made by investors on the public discussion board, not particularly by me. But there is a lot of serious, thoughtful concern about the substance of the changes and the perception that Morningstar values “regular investors” in words but not in actions:

… one great idea from a 27-year-old stock analyst. Joe Mansueto thought it was unfair that people didn’t have access to the same information as financial professionals. So he hired a few people and set up shop in his apartment—to deliver investment research to everyone.

The suspicion is that the definition of “everyone” has changed to “every one of the people willing to buy a seat at Morningstar Direct.”

Pricing for Morningstar Direct is based on the number of licenses purchased. For clients in the United States, we generally charge an annual fee of $17,500 for the first user, $11,000 for the second user, and $9,500 for each additional user.

If you don’t have the spare $17,500, please check out MFO Premium. It allows folks with very modest resources to screen funds, ETFs, closed-end funds, and insurance products side-by-side on literally hundreds of criteria. It is not the most polished screener on the web, but it delivers more data for less money than you’ll find anywhere. More importantly, our colleague Charles Boccadoro is passionate about helping people navigate its resources and has been endlessly willing to strengthen it month-by-month, based on actual conversations with real people.

Morningstar had revenues of $1.699 billion in 2021. Hmmm … we raked in about 1/100,000th of that. And yet we persist in our mission of helping as many people as consistently as possible. And so we thank the folks whose financial support have kept the lights on and the electrons flowing. If you’d like to join them, click on the Support Us! link.

See you in August!