By Don Glickstein, the author of this article, which we’ve posted for him. 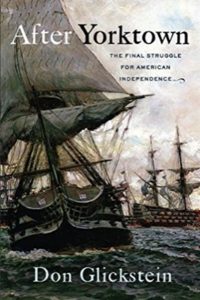 (Editor’s note: Glickstein worked for a decade as a reporter and editor on daily newspapers, and he won a National Press Club award for consumer journalism. He dipped his toes into politics as a campaign press secretary for the late Washington Gov. Booth Gardner. He later worked for nearly three decades in communications for what was then the nation’s largest consumer healthcare cooperative, now part of Kaiser Permanente. While there, he served as an intranet webmaster reaching 10,000 employees. His book, After Yorktown, was named one of the 100 best books ever written about the Revolution by the Journal of the American Revolution.)

Like many Mutual Fund Observer readers, I’ve often used Morningstar to research funds. My old T. Rowe Price brokerage even paid for a subscription (probably in penance for offering an inadequate, third-party platform to begin with).

When I left the T. Rowe brokerage debacle, I started paying for an M* subscription out of my own pocket at $249 a year. It was worth it to me because of its analysts’ reports, the great personal-finance reporter Christine Benz, and its fund-comparison tools.

At times, I wasn’t able to use the site with Safari on my iMac. I’d complain to its offshore customer service and would get boilerplate answers to use Chrome or Firefox. A week later, the site would be working again on Safari.

I complained about the deterioration to executives at M*, and one told me that the company is completely changing its website, and asked if I would like to be a beta tester. Yes, I would, and I’ve had access to M*’s new platform for more than a year now. Over time, I sent a bunch of bugs and missing functionality I identified to the project team, as well as missing features. In some instances, the M* team made repairs.

For example, when it introduced its new portfolio tool, it only allowed you to use it if you linked your outside brokerage and bank accounts to M*. I was unwilling to do that in this day and age when hackers seem to break into purportedly secure websites with impunity and steal protected personal information. Eventually, the M* team added the ability to add portfolios manually—just like the existing site allows.

And yes, it returned the 30-day SEC yield to fund pages. Hallelujah.

This year, M* announced it would retire the existing portfolio manager “sometime this year,” changed the name of its website from “Morningstar” to “Morningstar Investor,” and started urging customers to use the still-beta version of the new portfolio tool, as well as the new fund screener and comparison tools.

With more people using the beta, more people discovered that it wasn’t ready for prime time. In his July MFO letter, David Snowball wrote an “in memoriam” for the fund screener, saying it was “dumbed down to near uselessness,” with reduced functionality and screening criteria. When he tried to contact M*, he got a boilerplate form letter.

In various chatrooms, M* customers complained that the company didn’t care about individual investors anymore. One poster said, “M* screwing everything up again.” Another: “M* has repeatedly indicated that it doesn’t care about individuals and what they think.” In M*’s own chatroom, a customer complained, “What has been basic to the M* website is now considered an ‘enhancement’.” Another: “There is no point in complaining about this. Morningstar clearly does not give a [email protected] about their Premium Subscribers and probably wish they would go away. … Customer support has gone offshore and has become absolutely abysmal and frustrating.”

I’ve had my own experience with M*’s customer service—an impenetrable reply I got to my 30-day SEC yield complaint: “We have now received a revert from the concerned team and they have confirmed that this is as intended. After we replaced the SEC Yield with TTM (sometime in July), many clients complained and then the product team reviewed this and came up with the below logic which is already implemented: When we have SEC Yield data (value) in our database – we display SEC Yield.” Don’t we all wish we could get a “revert.”

After reading Snowball’s “in memoriam,” I realized that I wasn’t alone, that other people were as frustrated as I was.

The new M* website had all the signs of turning into the New Coke, subprime liar loans, the Edsel. It was the Charles Schwab brokerage after now ex-CEO David Pottruck started nickel-and-diming customers, but before he got canned. The new M* website was crap, amateur, and poorly designed.

And that’s what I told M* CEO Kunal Kapoor because you never know how removed a CEO is from the debacles being made in his name. Kapoor replied promptly:

“I appreciate your candor, and we will get you to a better place with the new tool.”

He referred me to the head of the newly renamed M* Individual Investor, Adley Bowden, who began at M* a little more than a year ago, according to his LinkedIn page.

Bowden conceded that M* had created “a lot of headaches across a group of long-term customers who deeply rely on the legacy portfolio tool. Good news is websites really are not that hard to build, Morningstar has all the data and research people need[ed], we have no shortage of passionate customers such as yourself providing input, so with some time, I am confident that Investor’s portfolio tool will be viewed as superior to the current legacy portfolio tool.”

We later talked for about a half hour over the phone. (Disclosure: I did tell him I might write this article.) The purpose of the redesign, he said, is to grow and attract a “wider swath” of individual customers. Although M* had devoted a lot of resources to institutional investors and financial advisers, the website redesign is aimed at individuals.

Unfortunately, he said, the company couldn’t simply port over all the elements of the legacy platform. The company had to take a step back before it went forward. It’s a “matter of time” before most of the data points in the current website are ported over to the new one.

Regarding the complaints about the offshore call center, he conceded that M* has a lot to improve.

From my perspective, M* should never have released the beta version to the public before they fixed the majority of bugs and ported over more data points.

I missed being able to add something as basic as effective duration to a portfolio of bond funds.

The new platform removed interactive charts from individual fund pages in favor of a separate link to a more robust interactive chart—but you have to re-enter the fund you’re interested in. For the fund screener, the data points for “distinct portfolio only” and brokerage availability have yet to be restored. While the ability to export a portfolio was just added in late July, there’s no way to set a default view for portfolios, something Bowden promises is coming.

On the individual fund pages, M* went with a designer fad to combine all the information on one long, never-ending screen, but the designers didn’t have the competence to add a floating “top-of-page” link.

That’s just one research-based best practice the designers apparently never heard of. The great Yale University information scientist Edward Tufte talks about the need for dense data to provide the best value to readers. The M* redesign is committed to the opposite: Fill every page with unneeded white space, enormous graphics (some of them only for show), and tables that are so bloated with unneeded space that they spill off the screen. Bowden conceded that the ability to print a portfolio table is still on their to-do list.

One unfortunate element the designers did port over from the current site is the use of “upstyle” headlines, an archaic remnant of 19th-century mechanical typesetting that interferes with readability by interrupting eye fixations by using random capitalization. It also interferes with comprehension by making it difficult to differentiate proper names of people and companies from generic nouns. (Full disclosure: MFO also uses upstyle headlines that often result in ambiguity. For example, in the July issue: “New Income: New Adventures, New Opportunities.” The reader can’t tell if the article is about new sources of income, or a fund named New Income.)

The M* designers’ incomprehensible obsessions with making information harder to read reaches its epitome on the portfolio “X-ray” pages, which aggregate the underlying portfolio holdings. The existing X-ray has a small pie chart showing the percent of the portfolio allocated to stocks, bonds, cash, etc. But then, it breaks down each holding by allocation. The redesign not only eliminates the details by holding, but instead of using a simple pie chart to illustrate the aggregate, it uses an enormous donut chart, with the hole in the middle creating a distracting graphic element. The donut chart is a bad design, but the designers wanted to mark the tree with their own pee.

A cynical, anti-consumer element of the new design is the link to the so-called “Help Center.” Click on the link, and you’re kicked out of the main M* site you’re already signed into, and you’re in a different platform altogether that asks you to sign in.

The Help Center is an unmoderated chat room.

But the “Help Center” has nothing to do with help. It’s an unmoderated customer chat room with no links to M* customer service. What’s worse is that this faux “Help Center” is called a “community”—tech-industry code for “We don’t want you to contact customer support, so we’re disguising postings by other frustrated customers as a warm-and-fuzzy ‘community,’” which, of course, it’s not.

It’s management-fad jargon. Calling the chat room a “help center” is like Trump saying he won the election, or that his former foundation was charitable. He didn’t, it wasn’t, and the new M* “help center” isn’t.

This isn’t a case of needing time to port over data elements or fixing bugs. Substituting customer chats for customer service is a faulty concept to begin with that management should have nixed from day one.

I could go on and on. The third-party “feedback” tool is geared toward teenagers, requiring you to use emoticons to express your feelings. When you save holdings in your portfolio, you have to click two separate save buttons. The “crowd sense” element—which predated Bowden—seems to be all about momentum investing, more suitable for Robinhood and its infamous confetti. I’d like to see if a down-to-earth reporter like Christine Benz would recommend it for anything other than timing markets. On fund pages, links to other share classes were eliminated. And there’s no link to the fund-family website.

I urged Bowden to continue the legacy site past M*’s announced end-of-the-year deadline because I’m skeptical that the company can fix it by then. I suggested that he might have to end up like Elon Musk, sleeping on the factory floor to make things right.

I’m still willing to give M* the benefit of the doubt, despite its insulting idea of what a “help center” should be, its condescending history of removing data points like SEC 30-day yield and effective duration, and its designers who clearly don’t understand evidence-based communication.

Bottom line: I’m impressed that Kapoor and Bowden were willing to spend time with me. I think they’re sincere in resolving the issues. I told Bowden that I’d be a much happier camper if they addressed seven issues: effective duration, better navigation, customized defaults, a more accessible interactive chart, modernizing the headline style for greater readability, fixing the design of the portfolio X-ray, and providing a true help center that shares the same platform.

I’m rooting for M* to succeed because we need independent voices.