Welcome to autumn. It’s a season of such russet-gold glory that even Albert Camus (remember him from The Stranger and The Plague?) was forced to surrender: “Autumn is a second spring when every leaf is a flower.” It’s the time of apples and cinnamon, of drives through the Wisconsin countryside, and of gardens turning slowly to their rest.

Open the windows, unpack the flannel, raise high the cup of cider. Summon the children, light the bonfires, deploy the marshmallows! 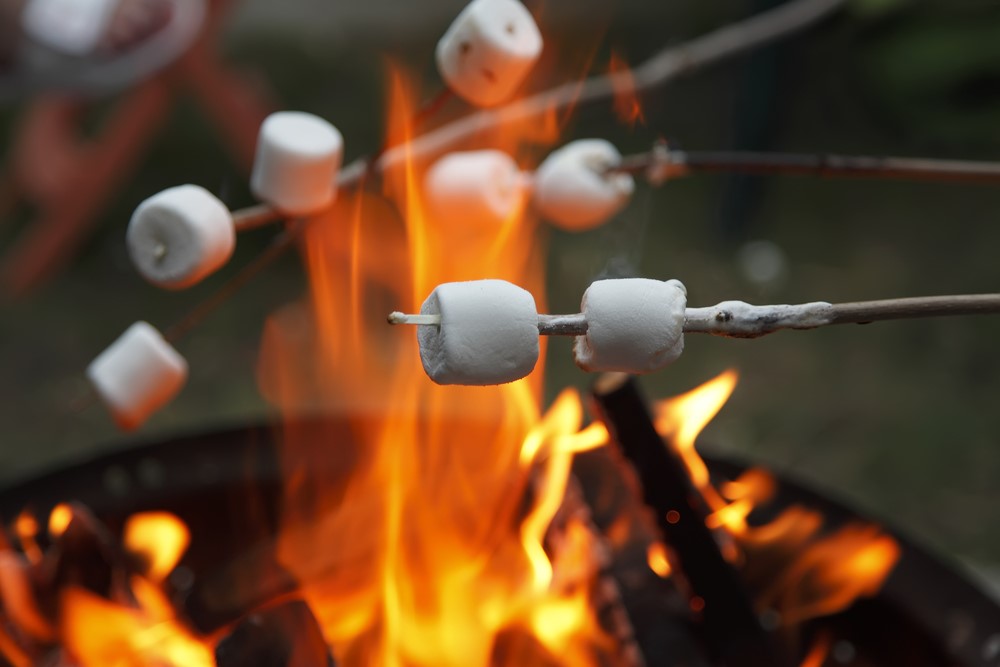 Welcome to the redesigned Observer. When I first started writing this column as the FundAlarm Annex nearly 12 years ago, our monthly issue represented one voice and was barely two pages long. The Observer today speaks through many voices and our combined offering to you sometimes runs to 40 pages. (Uhh … gratis.) Our traditional format, a single scrolling screen over 1000 lines long, was no longer able to serve you as well as you deserve.

And so, we changed. A year ago, we decided to create a distinct magazine feel for the Observer to allow for much easier reading downloads and tracking. Chip, working with her stalwart chief programmer Andrew Beck, has been devoting nights and weekends to perfecting the layout you see now.

Well, okay, to “imperfecting the layout,” since we know you’ll discover glitches just as we have. When you do, for goodness sake, let us know. We’ll fix it if we can. I am, in any case, grateful to them both.

Here’s what you need to know:

Grandeur Peak has followed suit, establishing the policy that the Investor and Institutional class minimums are identical ($2000) for individuals investing directly through Grandeur Peak.

The Fund offers two classes of shares, Investor Class and Institutional Class shares. The minimum initial investment for both share classes is $2,000 for each account, or $1,000 if an Automatic Investment Program is established; except that the minimum to open an UGMA/UTMA or a Coverdell Education Savings Account is $100. There is no subsequent minimum investment amount for either share class.

Existing Grandeur Peak direct shareholders just need to call the firm and they’ll move your investment into Institutional shares. Several folks on our discussion board found the process quick and pleasant.

Except for Global Stalwarts (GGSOX) and International Stalwarts (GISOX), their two “alumni” funds, the Grandeur Peak funds are closed to new investors. The latest prospectuses contain the reminder to Global Micro Cap investors that the fund will become somewhat more closed in the proximate future:

As of the close of business on December 31, 2016, the Fund is closed to both new and existing investors seeking to purchase shares of the Fund either directly or through third party intermediaries, subject to certain exceptions for participants in certain qualified retirement plans with an existing position in the Fund and direct shareholders with existing accounts who may purchase up to $6500 per year in additional shares.

They also promoted Mark Madsen and Brad Barth to the role of Industry Portfolio Manager on the Grandeur Peak Global Reach Fund (GPROX).

Royce recently released a white paper entitled, “The Undiscovered Connection: Value-Led Periods and Active Management” (2016). They begin with the surprising revelation that active management works in the small cap stocks:

As they delved deeper into the data, it appeared that active managers had their strongest performance in markets were value led growth.  Active management outperformed in 83% of value-led periods. That makes a world of sense since market cap-weighted indexes are primarily growth and momentum driven.

This follows the Leuthold Group’s intricate but still preliminary analysis, published in August 2016, of the characteristics of markets in which active managers succeed.

It’s also consistent with MFO’s own research findings. We looked at the equity categories where passive strategies should have their greatest advantage: domestic, global and international large-cap core funds. Unlike the ETF pundits, we chose to look at the funds’ risk-adjusted performance over the entire market cycle. That is, we asked “since markets go up and down, and funds make and lose money, doesn’t it make sense to look directly at periods that capture both up and down and measures that balance both gains and losses?”

We identified the 50 large core funds with the highest Sharpe ratios over the course of the entire market cycle. Of those, 42 were actively-managed funds. Only six were traditional cap-weighted index funds while two were smart beta products. Several of the actively-managed funds, e.g., DFA, had index-like properties.

If a guy had recently, oh, say, jammed his foot on the gas and driven his car off a cliff, I might hesitate to hire him as my chauffeur. You know, I might give him a while to establish a subsequent good driving record before hopping in the back seat and waving him on. Which, I guess, separates me from “the smart money.”

The Wall Street Journal reports that Rory Priday, the analyst whose work was behind the decision by Sequoia Fund (SEQUX) to stake its future on Valeant, has launched a new hedge fund and promptly received $75 million from rich people. We wish them, and him, only the best.

We’re always grateful for your support, verbal and financial, direct and indirect. It makes the many hundreds of hours that go into the Observer both possible and meaningful.

We’d like to thank, especially, Dan Wiener (he of the Independent Advisor for Vanguard Investors) for his generous gift and Jonathan Best (who, literally, is The …), who joins us as our third PayPal subscriber. Jonathan, with Deb (see ya in Albuquerque!) and Greg (hi, guy!), has chosen to express his support for MFO by setting up an automatic monthly contribution from his PayPal account. We’re grateful for the vote of confidence that it represents. Many thanks also to Gary, Thomas and Kent. We couldn’t do it without you.

We’d like to recognize a signal gift from Andrew and Michelle Foster of Seafarer Capital Partners. It will allow us to launch two long-anticipated projects, including making each month’s Observer available as a Kindle e-book on the Amazon marketplace. We’re hopeful that will extend our reach and serve our mission of helping investors and advisors think more calmly about the opportunities they might otherwise skip over. With SFGIX growing beyond our coverage universe and closing, the Fosters concluded that conditions that a contribution to the Observer would not pose a material conflict-of-interest. That leaves only the question of the Value fund (SFVLX), which we plan to approach carefully and with clear disclosure.