Welcome to spring. Meteorological spring, anyway, that brief interval when the Quad Cities are wedged between end of snow and the beginning of flood, between the end of hockey and the start of minor league baseball, between the days when you can’t imagine the end of winter and the ones where you can nearly taste the arrival of spring.

Celebrate it all, since it’s the only year we’re getting this year! 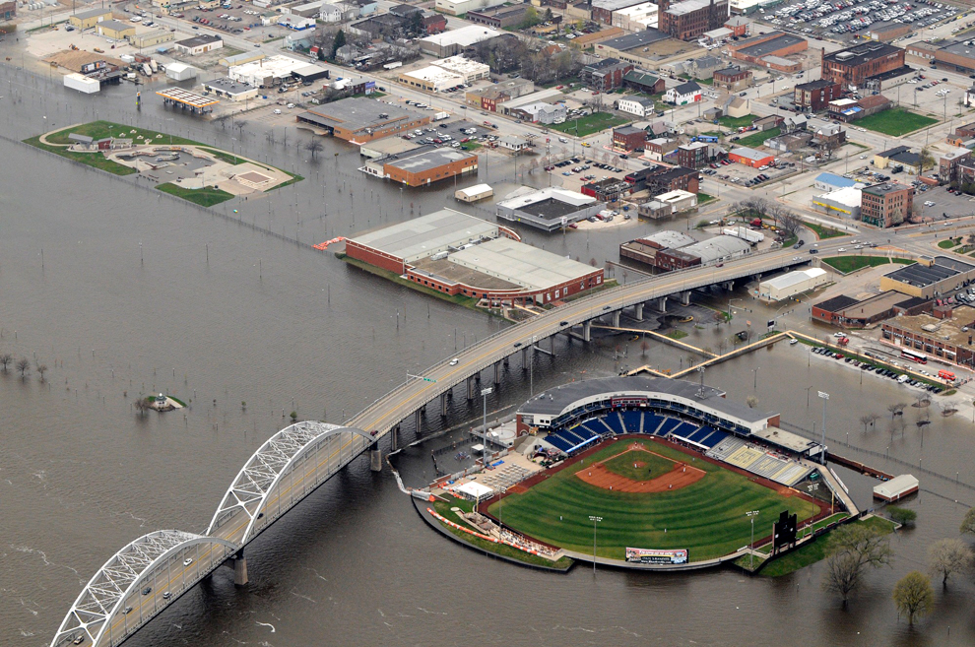 Modern Woodmen Park and the rink at The River’s Edge, Davenport, Iowa

It used to refer to a basketball tournament. Who knew?

What color is your swan? 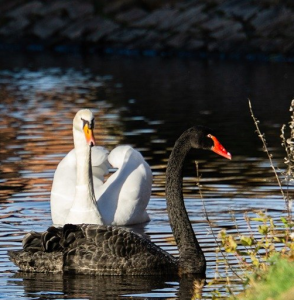 The investing world’s most famous swan is black. The Black Swan: The Impact of the Highly Improbable is a 2007 book by Nassim Taleb who places the black swan – a rare, unpredictable event with potentially dire consequences – in the context of financial markets. Mr. Taleb explores the ways in which we talk about, think about and react to unforeseen calamities.

Nouriel Roubini, professor of economics and former head of the President’s Council of Economic Advisers, does not discount the importance of black swan events, but he does argue that there’s a far more common threat. He calls these white swan events. These are the disasters that we can see coming from a mile away, and yet are surprised by their arrival.

In my 2010 book, Crisis Economics, I defined financial crises … as “white swans”. According to Taleb, black swans are events that emerge unpredictably, like a tornado, from a fat-tailed statistical distribution. But I argued that financial crises are more like hurricanes: they are the predictable result of built-up economic and financial vulnerabilities and policy mistakes. (“The white swan harbingers of global economic crisis are already here,” 2/19/2020).

Mr. Roubini points out the obvious: the US has picked fights with four foreign opponents.

For starters, the US is locked in an escalating strategic rivalry with at least four implicitly aligned revisionist powers: China, Russia, Iran and North Korea. These countries all have an interest in challenging the US-led global order and 2020 could be a critical year for them.

He argues that all four favor asymmetric warfare: not challenging the US military directly, but working to damage cybersystems, political and trade alliances, and global financial institutions. Disruptions to the global oil supply, manipulations of China’s vast holdings of US Treasuries, an economy reliant on trillion dollar annual deficits and real interest rates at zero, ill-contained epidemics which become pandemics …

Beyond the usual economic and policy risks that most financial analysts worry about, a number of potentially seismic white swans are visible on the horizon this year. Any of them could trigger severe economic, financial, political and geopolitical disturbances unlike anything since the 2008 crisis.

In an interview this week with Germany’s Der Spiegel, Dr. Roubini argued “I expect global equities to tank by 30% to 40% this year. My advice is: Put your money into cash and safe government bonds.”

I wonder how he earned the moniker, Dr. Doom? (He’s not to be confused with Marc Faber, author of the Gloom, Doom and Boom Report although the latter does rather agree with the former: “In recent reports I have explained that I was reducing my equity exposure to around 20% of assets and increasing my cash holdings. I want to warn my readers not to be complacent. If the Coronavirus is going to be as bad as I believe it will be, I would not be surprised if all asset prices declined.” Nonetheless, he still holds US Treasuries as the last, best safe haven.)

I’m neither endorsing nor discounting the “30-40%” risk. I’m not competent to do so. The fact that serious people are raising the prospect does, however, warrant a bit of reflection on our part. That is, we need to array and assess our options. Generically, there are three:

If the latter appeals to you, so might this month’s profile of YCG Enhanced Fund (YCGEX). We’ll continue to try to highlight investors who are really good partners in really turbulent markets. If you’re feeling antsy, MFO’s list of Great Owl Funds – funds ranked in the top 20% in their categories, for conservatively risk-adjusted returns, for all evaluation periods 3 years and older – is a good place to start. The list is free and sortable by a bunch of criteria.

Mutual Fund Observer is, of course, 100% reader-supported.  Each month brings about 25,000 readers and, except at year’s end, about a dozen contributions. Thanks to folks, often gloriously repeat offenders, who make contributions to MFO in February: Nancy, Hjalmer, Wilson, Jon and the folks at Gardey Financial Advisors and the good people at S&F Investment Advisers in L.A.

Thanks, most especially, to the folks who’ve committed to making a monthly contribution that PayPal: Brian, Matthew, Gregory, James, William, and the other William.

We tried to mail a thank-you note and tax receipt to Tom Kilian, but the mail bounced. We hope you’re well, sir!

We also received a freakishly small check – $11.63 – from the AmazonSmile Foundation which covers October – December, 2019. We’re grateful for the goodwill that lies behind the check.

If you’d like to support the Observer, please do so. It’s not hard and doesn’t have to be much. Folks interested in accessing the fund screeners and other tools at MFO Premium should go there rather than using the regular PayPal/check option.

Looking forward to seeing you on April Fool’s Day! 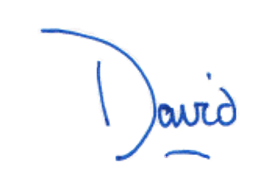