BlackRock gets bitten: Jason Zweig of The Wall Street Journal published a TMZ- 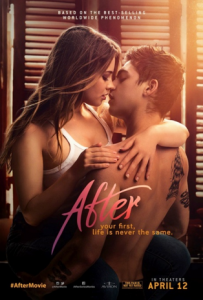 worthy piece on a scandal involving BlackRock Income Trust (BIT). BIT is a closed-end fund with $750 million in assets and which, in Jason’s judgment, charges “an arm and a leg” for its services. The fund invested $75 million in “a small, privately held movie company, Aviron Capital LLC.” BlackRock underwrote six of Aviron’s seven films that latest of which, After (2019) cast one of the daughter of one of BlackRock fund’s managers in a lead role.

That does not appear to have been a decision triggered solely by the actor’s on-screen abilities. Mr. Zweig reports:

BlackRock first invested in Aviron with a $12 million loan in 2015. Soon after, “we arranged for [Ms. Robertson] to meet with casting agents and managers,” says [Aviron’s owner William] Sadleir. “Anytime there was an opportunity to put her in a movie, we considered her.”

The entire $75 million investment was lost, Mr. Robertson was internally investigated and discharged and the fund finished 2019 behind 99% of its peers. Mr. Zweig’s rich article is “The Hollywood Drama That Cost a BlackRock Fund $75 Million” (accessible only to WSJ subscribers but well worth the time).

The staff of NASDAQ’s Listing Qualifications Department recently notified Invesco that Invesco RAFI Strategic Developed Ex-Us Small Company ETF (ISDS) does not appear to be in compliance with the continued listing standards of the Exchange, which requires, among other things, that a listed security maintain at least 50 shareholders

Trillium Asset Management (Trillium), a relatively young ESG firm, is being acquired by the Australian enterprise Perpetual Limited, which sounds a lot like a firm invented for an Addams Family movie. Trillium manages their own funds (Trillium ESG Small/Mid Cap TSMDX which is pretty weak and Trillium P21 Global Equity PORTX which is exceptionally solid) as well as John Hancock ESG All Cap Core Fund and John Hancock ESG Large Cap Core Fund. Given the change, Hancock has put the agreement with Trillium under review.

Effective March 1, 2020, the management fees, operating expense limitation cap, and subadvisory fee for both the Investor Class Shares and Institutional Class Shares of the five-star Hilton Tactical Income Fund (HCYAX) will be reduced by about 11 bps. Interested readers might want to hear from the manager, Alex Oxenham, in our 2019 Elevator Talk.

Effective April 1, 2020, the T. Rowe Price Global Technology Fund (PRGTX) which was closed to new investors on September 29, 2017, will resume accepting new accounts and purchases from most investors who invest directly with T. Rowe Price. The fund lagged its peers in 2018, saw billions in outflows, got a new manager in 2019, had T Rowe Price-like performance (it booked 34% which was great, though it trailed its peers) and saw additional, though more modest, outflows.

Vanguard PRIMECAP Fund (VPMCX), Vanguard PRIMECAP Core Fund (VPCCX) and Vanguard Capital Opportunity Fund (VHCOX) closed to new accounts for investors not enrolled in Vanguard Flagship Services or Vanguard Personal Advisor Services. Current shareholders of the Fund may invest up to $25,000 per Fund account per year in the Fund.

Effective as of March 1, 2020, Berwyn Income (BERIX) will change its name to Chartwell Income Fund. In some ways, that’s a real service to shareholders who might otherwise think that by buying shares in the Berwyn Income fund they were … well, buying shares in the Berwyn Income fund. In reality, they were not: long-term Berwyn managers George Cipolloni and Mark Saylor unexpectedly resigned in February 2019 and the fund’s new adviser created an entirely new strategy by creating a 70/30 blend of Chartwell’s midcap value strategy and its core-plus bond strategy. While that might turn out to be a very fine fund, it has no similarity to the historic Berwyn Income fund and now that name, too, is gone. Over its short history the new strategy has noticeably trailed its Morningstar peer group, but 11 months is too short a time to say anything useful.

I learn a new word today: “demerged.” As in, “The Investec Group’s asset management business is expected to be demerged from the Investec Group, and separately listed, on March 16, 2020.” Subsequent to which, their two funds get new handles:

Barings Global High Yield Fund (BXGIX) will be liquidated on March 19, 2020. It was a very fine fund – four star, Bronze-rated, substantially above average returns – for which there was no demand (not even from the six managers, none of whom invested a dollar in the fund).

Columbia, has seen a relatively $1.5 billion in outflows across its 100 funds over the past year, has decided to trim the fund list by merging away ten funds and liquidating three others. The target date for the mergers is sometime in the third quarter of 2020.

The Cutler Fixed Income Fund (CALFX) and the Cutler Emerging Markets Fund (CUTDX), assuming shareholder approval, will close and liquidate on or about May 28, 2020.The Columbia Sustainable Global Equity Income ETF (ESGW), on the other hand, is simply being liquidated on March 20, 2020. Columbia Inflation Protected Securities Fund will cease to protect us from … well, anything, on April 24, 2020. Columbia Contrarian Asia Pacific Fund will be sunk beneath the waves on July 20, 2020.

DFA U.S. Large Cap Value II (DFCVX) will be liquidated by March 5, 2020. Curious. Four-star fund with a Silver rating. $170 million in assets. Money has dribbled out the door, but there’s been no torrent. Fortunately, DFA offered a section labeled “Rationale for Liquidating the Portfolio.” Ready?

At the end of that paragraph, we know precisely as much as we did at the beginning: zero.

Effective on or about April 7, 2020, the ETFMG Drone Economy Strategy ETF ceases to exist and the Wedbush ETFMG Global Cloud Technology ETF rises from its ashes. This is sort of a poster child for the practice of covert liquidation; there is roughly zero overlap between the two funds and zero reason to believe that “drone” investors were hopeful of “cloud” exposure.

The excellent-but-microscopic Franklin Liberty International Opportunities ETF (FLIO) will be liquidated and dissolve d occur on or about March 23, 2020.

The Hartford Quality Bond Fund (HQBAX) is being merged in The Hartford Total Return Bond Fund (ITBAX), managed by Wellington, on or about June 5, 2020.

Eight ICON funds will be merged out of existence in conjunction with the transfer of ICON’s fund business to the SCM Trust. The handoff will occur “in the second quarter” of 2020.

On February 3, 2020, the Loomis Sayles Multi-Asset Income Fund was liquidated. The firm’s announcement contained the helpful explanation, “The Fund no longer exists, and as a result, shares of the Fund are no longer available for purchase.” Well, yes, Packard Automotive likewise.

The Board of Trustees has determined that it is in the best interest of shareholders to liquidate the Miles Capital Alternatives Advantage Fund (the “Fund”) following the resignation of the Fund’s portfolio manager. As of the date of this supplement, the Fund is no longer accepting purchase orders for its shares and it will close effective March 27, 2020. 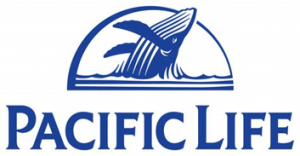 Pinnacle Dynamic Growth Fund (PADGX) will plunge from the pinnacle, lose dynamism and cease growth, all on March 25, 2020.

Putnam International Growth Fund (PINOX) is being merged into Putnam Emerging Markets Equity Fund (PEMMX). The justification typically given for mergers is “really, we were just scammin’ you all along, these funds we’re merging are practically clones” is particularly strained here. PEMMX has under 3% exposure to the US, Japan and developed Europe; PINOX sits at 77%. The inverse is true of their EM exposure: PINOX has very little (under 20%) which makes it very unlikely that the PINOX investors signed up for an EM adventure. Nonetheless, they’re about to get one unless they bestir themselves to ditch their shares.

The microscopic Segall Bryant & Hamill Micro Cap Fund (WTMIX) will be liquidated on or about April 8, 2020; reflecting the limited liquidity of microcap names, the process of liquidating the portfolio will begin about five weeks prior to that date.

We ridiculed them when they launched, we ridiculed the few investors who signed up and now we bid the last of them of fund farewell. Janus’s Board of Trustees approved the liquidation of The Organics ETF (ORG) and The Obesity ETF (SLIM) on or about March 18, 2020. They were preceded in death by their sibling The Health and Fitness ETF (FITS).

Templeton Global Equity Series (TGESX) will be liquidated on or about April 24, 2020 with the dual provisos: “sooner if at any time before the liquidation date there are no shares outstanding in the Fund” and “the liquidation may also be delayed if unforeseen circumstances arise.”