Since the number of funds we can cover in-depth is smaller than the number of funds worthy of in-depth coverage, we’ve decided to offer one or two managers each month the opportunity to make a 300-word pitch to you. That’s about the number of words a slightly-manic elevator companion could share in a minute and a half. In each case, I’ve promised to offer a quick capsule of the fund and a link back to the fund’s site. Other than that, they’ve got 200 words and precisely as much of your time and attention as you’re willing to share. These aren’t endorsements; they’re opportunities to learn more.

In the Days of the Giants, funds felt no need for names that laid out their strategy in numbing detail. No Deutsche X-trackers MSCI Emerging Markets High Dividend Yield Hedged Equity ETF. Certainly not VegTech Environmental Impact and Plant-Based Innovation ETF. No. One word would say it all, evoking strength, resolution, and history. Acorn. Oakmark. Sequoia. Magellan. Pioneer, Wellington.

And Brandywine. Foster Friess, acclaimed “one of the century’s great investors” by CNBC, founded Friess Associates in 1974, launched the Brandywine Fund in 1985, grew the firm to $16 billion in AUM, then sold the firm to AMG in 2001 and retired. The firm’s professionals bought the firm back in 2013, but Brandywine Fund merged into the AMG Managers Brandywine Fund at that time. In March 2021, AMG made a strategic decision to no longer utilize non-affiliated sub-advisors and terminated Friess Associates as Brandywine’s sub-advisor (they also dispatched DoubleLine Capital, Fairpointe Capital, and Loomis Sayles in the same purge). AMG swiftly renamed Brandywine the AMG Boston Common Global Impact Fund under the management of a new affiliated sub-advisor offering a new investment strategy. 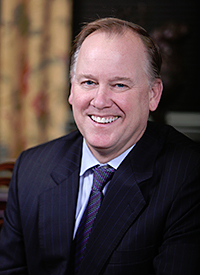 Quite apart from all of that drama, Friess was investing in small, fast-growing companies on behalf of high-net-worth individuals and institutions. Those investments were driven jointly by the insanely research-intensive approach that’s at the core of the Friess strategy and by the work of manager Scott Gates.

Friess Small Cap Growth Fund started life as the Friess Small Cap Trust in August 2002. The Trust was moderately successful, returning 8.7% annually from 2002-2017, while its benchmark Russell 2000 Growth index returned 10.7%. It converted to a mutual fund on June 1, 2017. Mr. Gates took responsibility for the trust in 2012 and the mutual fund in 2017.

Mr. Gates joined Friess in 2003 after stints as an options trader (1989-1991), currency trader (1991-96), then equity analyst at Gardner Lewis (1997-2003). He’s now the firm’s Chief Investment Officer. He argues that those earlier roles, which were much more about risk management than return management, shape his work today.

My leadership perspective was shaped over decades in a range of roles, from foreign currency trading to hedge fund portfolio management to the kind of fundamentals-driven stock selection process that I oversee today. While Friess Associates is an established firm, we adopted an employee-ownership structure in 2013 to inspire a start-up mentality and encourage teammates to embrace each client’s success as a personal obligation.

It would be easy to look at Morningstar’s three-star / negative rating for Friess Small Cap Growth, shrug, and say “nothing to see here, move along.” It would also be unwise to do so. Two things occur to us about the fund. First, its investments are very, very different from its presumed peers’. The fund currently has a 51% stake in microcap stocks, while its Morningstar peers risk just 3% there. At the other extreme, it has only 6% in midcaps while its peers have 28%. In consequence, its average market cap ($1.5 billion) is only one-fourth of its peers. Its stocks trade at far lower valuations and the fund has an extraordinarily high active share (a statistical measure of independence from its benchmark) of 97. In short, Morningstar might be comparing a microcap core fund with a nearly midcap growth group.

Second, the performance of Friess Small Cap Growth matches or exceeds the performance of some awfully distinguished peers. Over the past four years (technically the fund is just over four years old), the fund has returned 20.9% annually, placing it just ahead of Baron Small Cap, Fidelity Small Cap Growth, William Blair Small Cap Growth, Virtus KAR, Vanguard Explorer and other first-tier funds. All are being outpaced by a market that rewards risky, lower-quality stocks. On whole, earning 21% annually for a relatively rational portfolio feels like rather more than a three-star performer.

Rather than guess about what Mr. Gates is thinking, we posed the same question to him that we do to all managers: “before you launched SCGNX, we already had 250 small-cap growth funds on the market, many with a record of more than a half-century. Why on earth do we need one more?” Here are Mr. Gates’ 300 or so words, explaining his rationale.

Let’s get it out of the way upfront: Friess Small Cap Growth Fund will underperform. The market moves for all kinds of reasons, and we don’t change our approach to suit them. That means the Fund is unlikely to lead the next speculative charge or sidestep the next sweeping downturn.

We’re comfortable accepting that our investment strategy can be out of step at times because we’ve tested the underlying premise behind it for the better part of five decades. While broad factors move “the market” for fleeting periods, investors always return to evaluating each company on its individual merits over the long haul.

Public companies are in business to make money for their shareholders. That’s why we value earnings performance as the ultimate measure of a company’s success. We capitalize on the relationship between earnings and stock prices by isolating rapidly growing companies with good prospects to exceed consensus earnings expectations.

The small-cap category is one of our most fruitful hunting grounds because the core of our strategy is developing an information edge through exhaustive research legwork. In general, smaller companies aren’t as closely followed as companies higher up the market-cap ladder. That means the grassroots insights we gather on trends in a company’s operational “food chain” can be especially valuable in assessing a stock’s potential.

We manage Friess Small Cap Growth Fund to be true to its name. The portfolio’s current-year average earnings growth rate is 80 percent higher than the Russell 2000 Growth Index’s average growth rate (as of September 30). In terms of market cap, micro- and small-cap companies represent more than 93% of assets, versus less than 70% for the Morningstar Small Growth Fund Category average.

Plus, with an active share of 97%, we build the portfolio to hold the best companies we can find without regard to the makeup of market indexes. We manage Friess Small Cap Growth Fund to outperform the indexes, not mimic them.