It’s December and Augustana’s Christmas tree is newly lit. Like the college, the tree is pretty humble but still a source of light and comfort at a time when both are welcome. 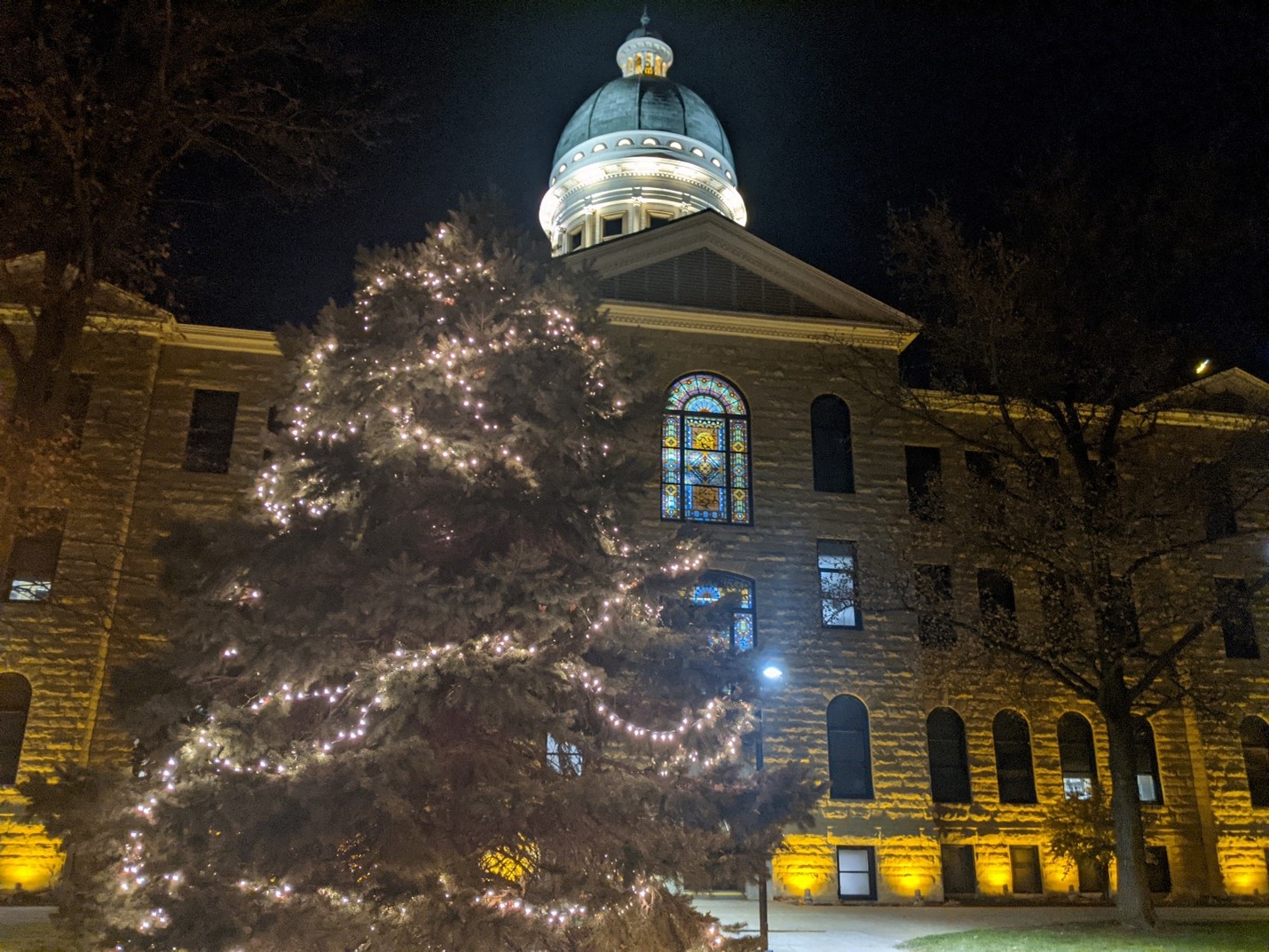 This letter is rather shorter than usual. I learned this morning that my best friend of nearly 50 years, Nicholas Burnett, professor emeritus at Sacramento State, was being removed from life support. A young man (well, my age), Nick was admitted to the hospital on the day before Thanksgiving. His body was worn and failing. His wife, Debbi, assured me this morning, “he knows. He’s ready to go.” They were surely among the hardest words she’s spoken, and the saddest I’ve heard. An hour later Debbi held his hand and his sojourn here ended.

And my brain was scrambled. 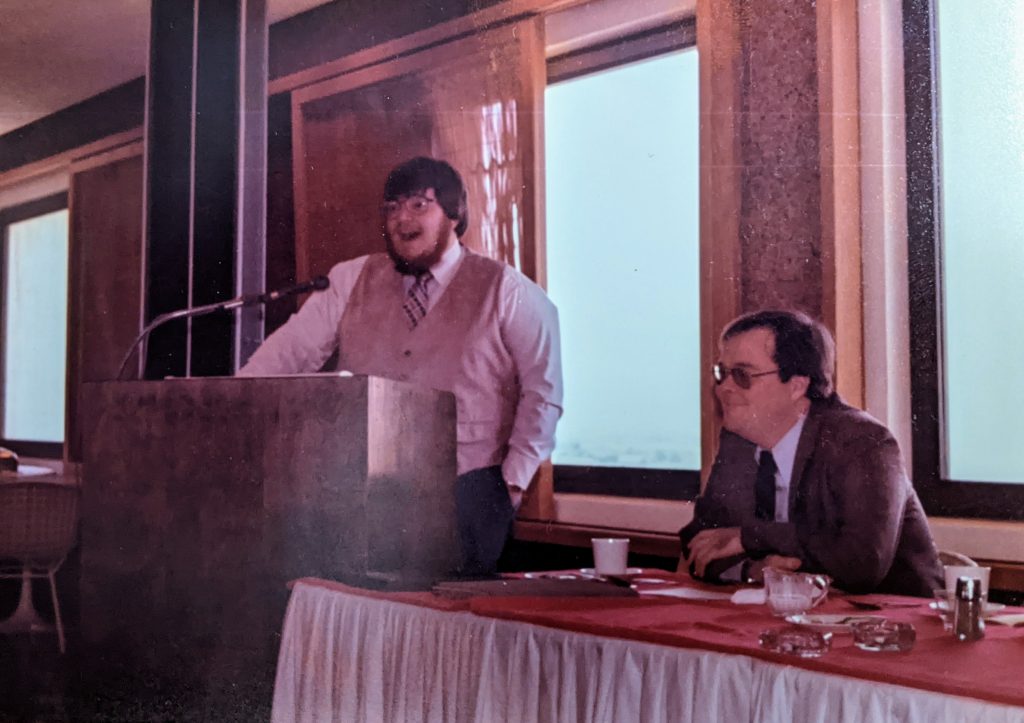 I’ll always remember his passion for educating, his restless and often undisciplined intellect, and his booming greeting (he routinely boomed), “Snowbeast!” I’ll remember the morning in our grad school apartment – we lived above an abandoned gas station in Belchertown, Massachusetts – when he (in a booming voice) threatened to defecate on my pillow if I ever woke him so rudely again. (Bach at 8:00 a.m. was involved.) And I’ll always regret the miles and the pandemic that kept us apart in recent years. 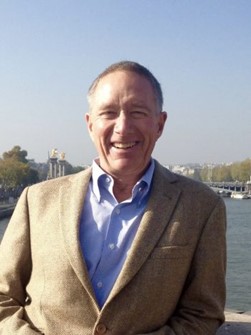 Mr. Stewart founded the Wasatch Funds in 1975. When Mr. Stewart turned 75, he reached an agreement with Wasatch which allowed him to take two of their funds (he managed Strategic Income (WASIX), he and son Josh Stewart co-managed World Innovators (WAGTX)) with him. Seven Canyons was founded in 2017 by Spencer Stewart, another of Mr. Stewart’s sons who was previously a portfolio manager of Grandeur Peak Emerging Markets Opportunities Fund (GPEOX). In announcing Spencer Stewart’s departure, Grandeur Peak’s CEO Blake Walker reported that “Spencer Stewart has decided to follow his heart and pursue a new path.”

Utah is now home to 34 mutual funds from five families: Wasatch (1975), Summit Global / SGI (2010), Grandeur Peak (2011), Rondure Global (2016), and Seven Canyons (2017). All of those, except for Summit, grow from Mr. Stewart’s work. Thirty-two of those folks and four of those families, owe their existence to his decision to hire, mentor, empower and teach young professionals.

More than just “a financial wizard” (though that, too), he was sire to “a large, rowdy, and loving family,” an advocate for the arts, a philanthropist, and a professor. Stewart is survived by his wife, Diane; his brother, seven children, two stepchildren, and 11 grandchildren. Rowdy and loving, indeed.

We’re grateful for all he’s done, and we wish his family great peace.

To our 2,078,884th reader. You know who you are, and you’re entirely welcome. We hope you stay a while, kick back, maybe chat with folks on the board.

To David Sherman and the folks at Cook & Bynum for the start of my winter reading pile. I’m hopeful of being snowed in and settling in to learn more about China and dark arts. (Umm, those are separate books.)

Thanks to our faithful contributors this month: Kevin, Binod (it’s good to know you’re here), the folks at S&F Investment Advisors (serious about the fund profile offer, really), Wilson, Thomas from San Francisco, Radley, the Lees, Rae, the Buttons, Paul, and John H. And, most especially, to our subscribers: Gregory, William, Brian, David, William, and Doug.

I announced in May my intention to step aside, at year’s end, from my role as MFO publisher. I had hoped to find a partner who would continue MFO’s mission as a non-profit, non-commercial champion for small investors and small investment managers. I have had hours of conversations with journalists, fund trusts, bloggers, managers, business schools, and journalism programs, but have not yet succeeded.

So here’s the plan: we will publish our January 2022 issue, as usual, then the Observer will go on hiatus.

What does that mean? Good question! 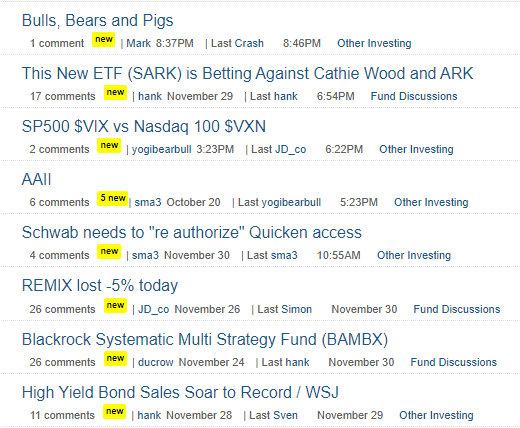 You should join them. I’ll continue to moderate and, as often as I can, contribute.