Joe Shaposhnik manages TGUSX which launched January 29, 2016. The underlying strategy, launched on July 31, 2015, has a record that’s a bit longer. Mr. Shaposhnik joined TCW in 2011 after a stint as an equity analyst at Fidelity. He now heads three TCW strategies (including Global Space Technology) and leads their ESG investment effort.

New, which he hoped signaled a new approach to investing

America, which represents the fund’s focus on North America with the portfolio split about 80/20 between the US and Canada

Premier, which represents their investable universe of the highest quality corporations in healthy industries

Equities, which means he buys their stocks. 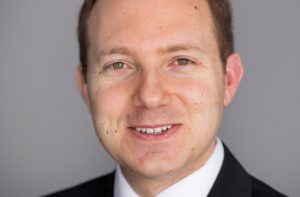 Mr. Shaposhnik’s investable universe contains only a couple hundred companies. His screening criteria are “enduring, cash-generating businesses whose leaderships prudently manage their environmental, social and financial resources and whose shares are attractively valued relative to the free cash flow generated by the businesses.” His search for enduring cash generation leads him to businesses that have recurrent revenue streams that are very predictable; a simple example would be the makers of toner cartridges for laser printers, once you buy the printer you’re also committing to buy four years’ worth of toner. He refers to these as firms with “evergreen business models.”

He argues that that’s an intrinsically valuable characteristic.

Customers that purchase recurring revenue, mission-critical products or services may not add to their existing … orders in a recession but they are unlikely to cancel their recurring purchases … [such businesses] experience shallower declines and perhaps less vigorous recoveries than the alternative, but we believe they also experience far fewer catastrophic outcomes as well.

Once he adds the “attractively valued” screen, he’s normally tracking 75-100 businesses for inclusion in a portfolio that typically holds around 30 names.

Such firms occur across the market spectrum. While he has about 75% of the portfolio invested in large-cap stocks, he also had 20% in small- and mid-cap names and 5% in cash. Both of those were far higher exposures than his peers managed, which is reflected in an average market cap ($50 billion) that’s about one-quarter of his Morningstar peer group’s ($180 billion). Lipper characterizes it as a multi-cap growth portfolio, which is probably fairer.

Regardless of which peer group you choose, New America Premier Equities has posted stunning return, risk, and risk-return numbers since launch. We combined Lipper’s multi-cap growth peer group (where they place the fund) and large-cap growth group (pretty much where Morningstar places it), then generated its key metrics since launch.

Performance of the fund, from inception through 10/31/2019, against the Lipper multi-cap and large-cap growth categories:

Here’s how to read that:

Annual returns, a measure of pure upside: top 1% of comparable funds and 50% better than its average peer.

Maximum drawdown, a measure of pure downside: top 10% of comparable funds and 20% better than its average peer.

Sharpe, Sortino, Martin and Capture ratios, measures of a fund’s risk-return tradeoffs: top 2-3% of comparable funds and vastly better than its peers

I suspect that two factors help explain the magnitude of the fund’s outperformance. One is the use of ESG screens as signals of the strength of corporate cultures. Firms that act with exceptional responsibility in areas captured by ESG metrics are often firms with thoughtful and accomplished management teams, ones that are investing capital wisely and avoiding unnecessary risks to the corporation. The second is Mr. Shaposhnik’s view of himself as a risk manager, rather more than a returns manager. “Our approach,” he writes, “is squarely focused on avoiding catastrophic investments” and to minimize the risk of “a left tail outcome in any given year.” He broadens that focus in his most recent shareholder report:

Our primary objective, as stewards of your capital, is to control risk while seeking attractive returns. We control risk in a unique manner; initially we apply our proprietary ESG quantitative framework to identify better managed businesses that have lower quantified and unquantified risks. Subsequently we hone our efforts on those businesses that we believe operate in stable industries with attractive industry structures [and] that produce products that are critical to their customers …

Given that there are 350 funds trawling the larger cap US equity space, mostly unsuccessfully, we decided to ask Mr. Shaposhnik why he thought he had a compelling reason to launch yet another. Here are Joe’s 200 words on why you should add New America Premier Equities to your due-diligence list:

Our goal is to create a compounding machine—a machine that compounds capital at higher than market rates while incurring lower than market risk. We endeavor to accomplish this by using nontraditional performance information to help uncover better-managed businesses and invest only in a select group of predictable growth businesses that generate consistent free cash flow. We seek businesses that sell critical products or services to a wide spectrum of customers on a recurring basis. We also prefer companies that require low amounts of incremental capital to fund ongoing sales growth and therefore have significant excess cash flow to invest in value-enhancing internal projects or acquisitions. This flywheel of consistent recurring cash flow growth that is reinvested in value-creating projects or acquisitions can accelerate free cash flow per share growth which we believe is reflected in the per-share value of businesses over time. A portfolio that is populated with these types of businesses, purchased at reasonable free cash flow multiples, is less exposed, in our view, to gyrations of the global economy and less prone to experiencing negative surprises. In short, it is a compounding machine.

It is important to note what we do not do. We do not: own businesses that are undergoing rapid change (e.g. cutting edge technology), own businesses that lack recurring revenue, overly diversify, obsess over sector/benchmark considerations, swing the bat wildly in hopes of hitting home runs (singles and doubles are just fine; strikeouts are not), and invest with unproven or lackluster management teams.

TCW New America Premier Equities has a $2000 minimum initial investment for “N” and “I” shares, with the “I” shares carry a lower capped expense ratio (0.80%) than “N” (1.0%). The fund has about gathered about $180 million in assets since its January 2016 launch.  It’s available through a relatively small number of brokerages, though the list does include Fidelity, Schwab and TD Ameritrade.

Here’s the fund’s homepage. It’s got a lot of links to other documents but is otherwise fairly Spartan.