I first knew that spring had arrived – despite the day’s sub-zero temps – when I noticed that my students weren’t blinking anymore. The cheerful banter and occasional sass of my January term class is a chapel-like silence. Sitting in orderly rows, they look neither right nor left but smile in bland detachment. Footwear begins to shift from winter’s stylish combat boots to sneakers and sandals. The Bold celebrate a 45-degree day by donning shorts and carrying a light jacket over their arms (while The Old stays sensibly zipped up and suspicious of youth and weather both).

I can’t verify that their “fancy lightly turns to thoughts of love,” but there’s pretty good evidence of thoughts of Greek life rush activities, days spent sunning oneself without the prospect of unsightly mask tan lines, and the start of a spring sports season that involves traditional fall sports. In the past week, we’ve posted wins in men’s volleyball, men’s and women’s basketball, baseball, softball, women’s bowling, and men’s and women’s track and field … only women’s lacrosse (despite Kathryn Hettinger’s four-goal outburst last game) and women’s volleyball (despite  Olivia Doak’s 31! assists against Elmhurst) remain winless. 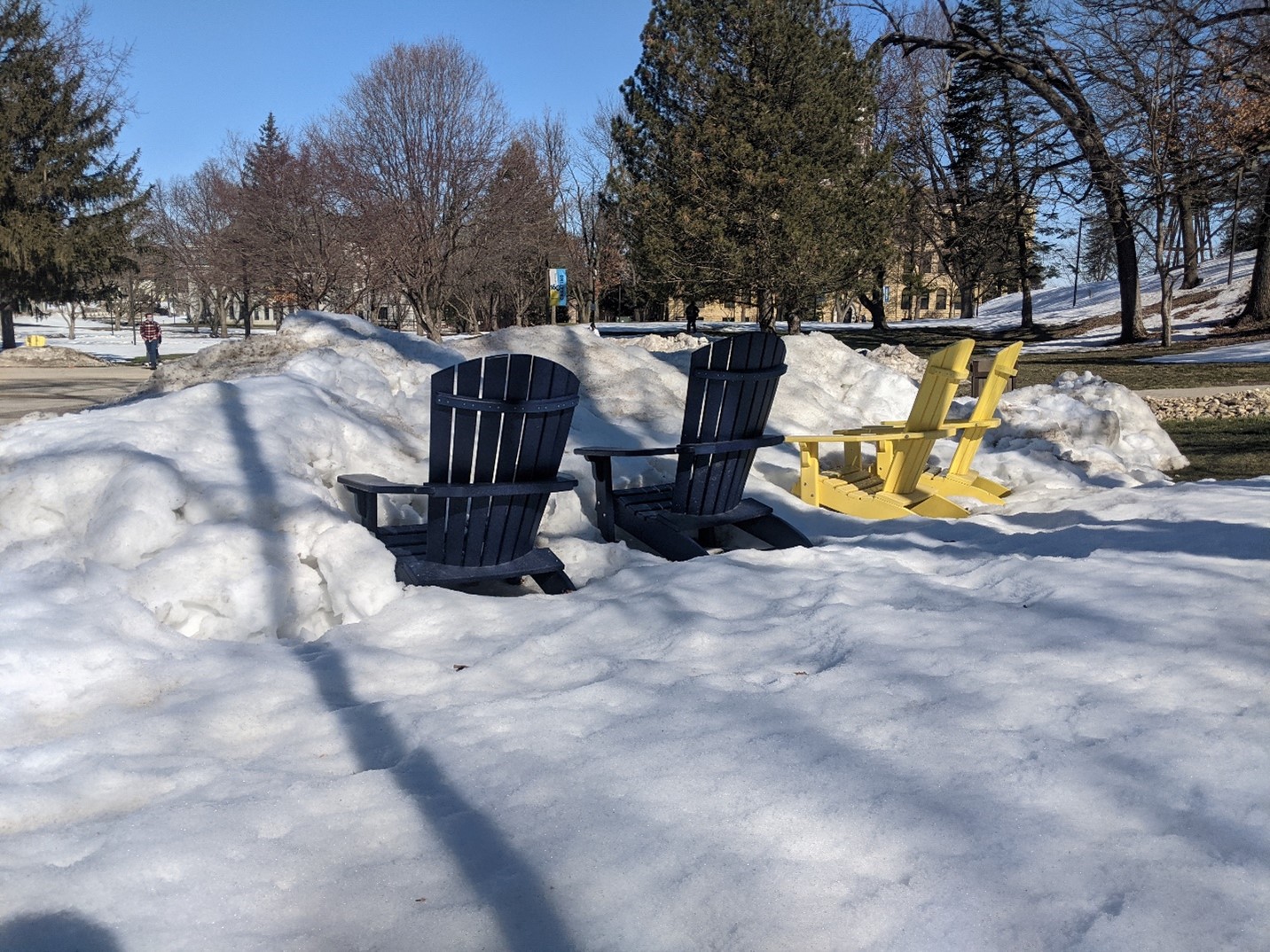 As I read Isocrates’ (436-388 BCE) complaints about his students “chilling their wine at the Nine-fountains … and many, hanging about the training-schools of the flute-girls,” I realize it was ever thus.

It’s nice to recall that some of the rhythms of life overcome even pandemics and Zoom.

Lions and tigers and bears, oh my!

It is not a good time to be dependent on the income generated by bonds. Warren Buffett’s 2021 shareholder letter warns that

… bonds are not the place to be these days. Can you believe that the income recently available from a 10-year U.S. Treasury bond … has fallen 94% from the 15.8% yield available in September 1981? In certain large and important countries, such as Germany and Japan, investors earn a negative return on trillions of dollars of sovereign debt. Fixed-income investors worldwide – whether pension funds, insurance companies or retirees – face a bleak future.

That’s certainly consistent with GMO’s forecast of a real loss of 3 – 4% annually for bond investors over most of the rest of this decade. Research Affiliates “Asset Allocation Interactive” tool forecasts real losses of 0.5 – 3.2% annually for every investment-grade fixed-income class over the next ten years. The yield on 10-year Treasuries was 1.44% (close of 2/26/2021), which was substantially higher than at the start of the month. T. Rowe Price, excellent as ever at pulling things together in their 2021 Global Multi-Asset Outlook, shows that the yield on a 10-year bond strongly predicts your subsequent 10-year returns: 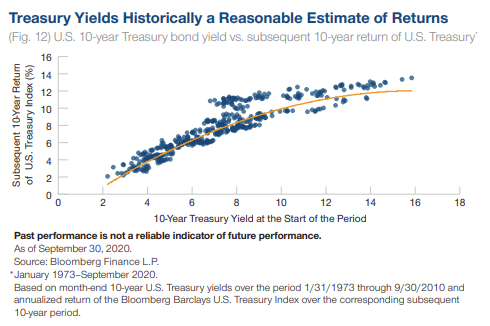 Here’s how to read that: if the 10-year Treasury yielded 4% on the day you bought it, your 10-year total returns would run from somewhere around 2.5% to 5.5%. You get that by looking at the “4” on the bottom axis and go up until you hit the first blue dot (it looks about 2.5% to me) and continuing until you reach the top dot along that line (looks about 5.5%).

So, if the expected 2021 inflation rate of 2.2% – which doesn’t account for the potential effect of a $1.9 trillion stimulus spree – plays out, investors in ultra-safe bonds have locked-in a guaranteed loss.

That’s led to some anxious discussions, especially among folks invested heavily in fixed income, about the prospect of rising inflation, rising interest rates, and a subsequent

So, a bear market in bonds is much different from a bear market in stocks. The following chart shows the drawdowns in both the five-year Treasury bond and the long-term Treasury bond.1 The biggest losses for both long- and intermediate-term bonds occurred in the 1980-81 period that Dalio mentioned. The maximum drawdown for long-term bonds was just shy of 21 percent, while the five-year note fell 8.9 percent in that time. This was the only period with losses in excess of 20 percent for long bonds. The only time frame that came close was from 1969 to 1970, when long-term Treasuries fell about 19 percent. Five-year bonds have not had a double-digit decline in this period. (What Is a Bond Bear Market Anyways? 3/27/2018) 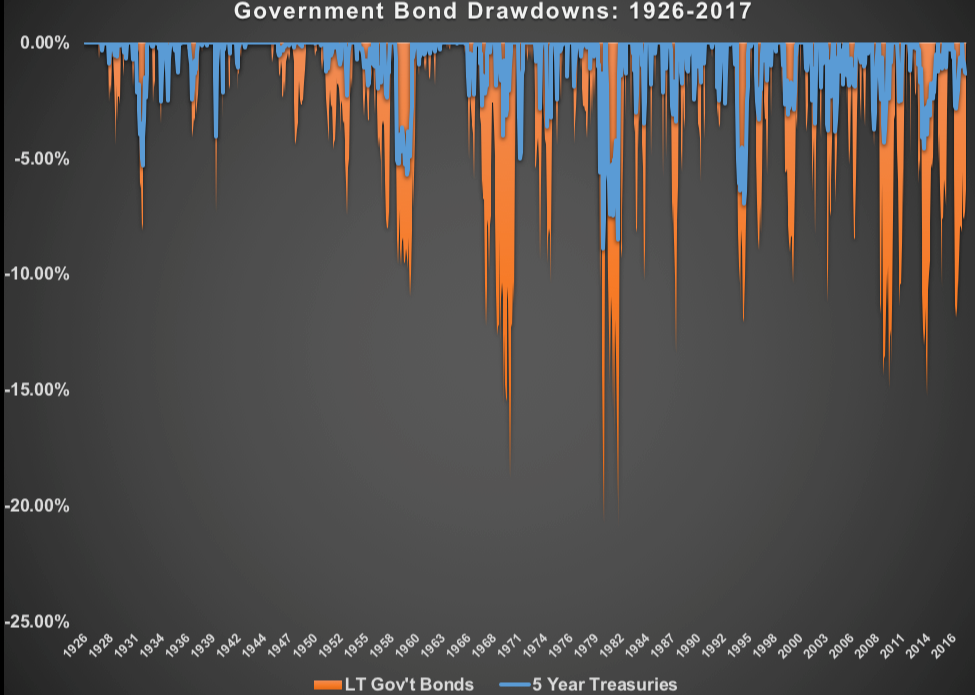 Second, a bear market in bonds can grind on for decades. Allowing for the corrosive effects of inflation on returns, Mr. Carlson calculates, “long-term government bonds lost 60 percent of their value after inflation in a drawdown that lasted almost 50 years. Even five-year bonds were down more than 40 percent in real terms.” Roughly put, if you buy a 30-year bond today, the real value of its monthly coupon might well be less than zero for decades. 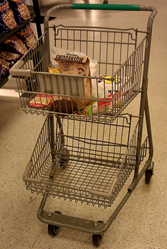 What’s to be done?

Eat your broccoli or, climate permitting, grow your own broccoli.

Jason Zweig wrote last week (2/26/2021) of the insistence of investors – even theoretically sophisticated professional investors – to surrender to magic thinking. That is, to the belief that there’s a Wizard out there who can reliably and consistently offer you satisfying returns without risk.

In the 1980s and 1990s, it was bond funds whose use of derivatives promised smooth sailing but delivered “devastating losses to their investors.” In 2020 it was pension funds that lost billions on tail risk insurance. In 2021, it’s the masses locked out of their Infinity Q Diversified Alpha Fund as directors and auditors try to unravel the larceny behind the fund’s magical performance.

One investor in the fund admits to Mr. Zweig that “the other alternative [to believing the wizard] is to say, ‘Our goal is unrealistic, so we need to cut our expectations.’ But that’s harder.” Mr. Zweig concludes:

Nobody wants to hear that the most certain way to earn more from your investments in a low-interest-rate world is to save more and spend less. That’s as exciting as eating your broccoli—but it won’t leave you feeling sick.

I know that bitcoin, dogecoin, and ethereum beckon. It’s clear that winning the Gamestop game just once could be a game-changer. SPACs, right? What could go wrong with writing a large check to a stranger whose explanation is either “trust me” or “I found the next 1000% gainer. Trust me”?

We’ll try to share some options for decent, low volatility income funds and look at the role that a sliver of equity might play in bolstering an income-oriented portfolio.

The month in headlines

We are daily inundated by the news, and the sheer volume of that torrent sometimes numbs us to what we’re reading. As a refresher, here are other ways of reading the month’s headlines.

In 2021, 16 companies either have or are expected to go public with a valuation of over $1 billion despite having zero revenues. That’s more than double the number in 1999, three more than in 2001, and two more than in the year 2000, during the height of the dot-com bubble . . . Over 90% of zero revenue companies that plan to go public with over a $1 billion valuation in 2021 thus far intend on using a SPAC to do so.

To be clear, these are not zero-earning companies: that is, firms that take in less than they spend. These are billion-dollar stocks whose underlying firms take in nothing, zip, zero. Powered largely by the SPACs and the restless energy of people looking for the next Gamestop (dear Lord), these are publicly traded companies that have yet to sell $1 worth of goods or services.

The average street corner lemonade stand has more revenue than these 16 titans combined.  And yet, the belief in magic springs eternal.

Yes, little bubba. It’s clear from the stock market’s performance on March 1, 2021, you’ve got an all-clear to invest boldly for the rest of the year.

Etymologically, “pornography” is descending from a Greek term that translates to “writing about what the prostitutes do.” (A brothel, in ancient Greece, was designated a porneion.) About every two weeks, I’m offered up something akin to the following …

It’s odd how rarely we see “Professor David Snowball shares how he quit his $50,000-a-year job to turn to pursue his passion as a soup-maker, which turned out to be disastrously ill-considered, leaving him wrought with self-loathing, deeply in debt and hopeful of catching on anywhere that offered health benefits.”

Which, with 775,000 personal bankruptcies last year, seems the likelier outcome than the eternally sunny “I retired at 35 to spend time on the veranda with my outrageously cute dog and spouse, basking in the glow of my own brilliance.”

The headline that packs two errors in the first 12 words

(b) “in the coming week”? Dear friends, if “the coming week” is an important time frame for your financial health, get out of stocks now and stay out!

The headline that gets it precisely backward

Isn’t the actual headline “tech-savvy younger investors are three-quarters of the victims of investment scams”?

The headline that calls the Darwin Awards to mind

The name change alone caused the company’s stock to triple in value. Now it appears that the proprietors of the Long Island Iced Tea Company weren’t actually at the cutting edge of blockchain technology … indeed, never had anything at all to do with it … though it continues to brew tea.

I wearily mention this to folks tempted into SPAC-ling themselves. Eat your broccoli.

The folks who make it all possible, most especially the folks whose regular and routine generosity allow us to have a little bit of predictability: the good folks at S&F Investment Advisors and Gardey Financial, Greg (hi, Greg!), Matthew, William, Brian, the other William, David, Doug and Wilson (howdy ho, good neighbor!).

Thanks to the folks who’ve shared this month: Trev, Michael, Sunny, Philip, and Robert

Apologies to Vincent. We missed your note in January, appreciate the contribution, and shake our walking sticks angrily in the direction of Moscow, Kentucky.

And a cheerful wave to Marty. Two of my students wore Door County hoodies to class last week, which made me think of your note. Part of the “broccoli and Toews” discussion below is being undertaken with you in mind. Be well, and I’ll keep working on asset allocation options.

Broccoli, by the way …

Can be delicious. Also beautiful. Broccoli rabe and broccolini, likewise. The keys are heat, garlic, and olive oil. 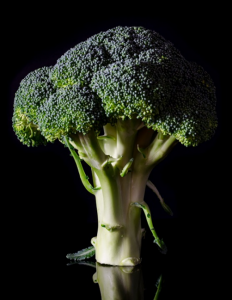 Heat a rimmed baking sheet to 500. Peel the stems of some broccoli and then split the stems and florets lengthwise, so you get bits that look like little trees split in half by lightning. Toss them with olive oil, freshly sliced garlic, salt, and pepper. Pull the stinkin’ hot baking sheet very, very carefully out of the oven. Lay the broccoli cut side down on the sheet and pop it back in for about 10 minutes. Don’t scoot it around! People are forever ruining a nice sear by moving stuff. Poke the stems with a sharp knife; if the knife sinks in easily, it’s done. (Turn off the oven.) Serve with a squeeze of lemon. Maybe a nice piece of salmon. (Salmon fans might check into Sikta Salmon Shares. Nice people. Great salmon. Environmentally and socially responsible.)

The other sense of “eat your broccoli” is something like “do the right thing over and over, then harvest lots of small wins rather than looking for that one magic bolt from the blue.” We’ve been talking with the managers of short and ultra-short bond funds, who think they might be able to do something really quietly useful: consistently and without great drama, get you the 2.5%+ returns you need to keep from losing your cash to inflation. We’ll introduce the guys from Channel Short Duration, Intrepid Income, Cavanal Hill Limited Duration, and more!

Also coming in March: what happens when the top-performing international small-cap value fund is stuffed in the wrong box and languishes? We’ll talk to the guys at Harbor International Small Cap to find out. Plus a talk with Phil Toews, CEO of Toews Asset Management, a guy whose been thinking a lot about how to manage our predictably irrational behavior. He thinks his suite of Toews funds might help.

Be safe and have a joyful start to your spring.