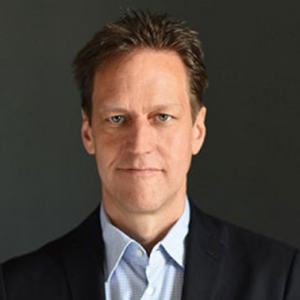 Mr. Toews is the CEO and founder of the Toews Corporation. He helped pioneer the field of unconstrained tactical management by building models beginning in 1989. In 1987 he joined IDS/American Express as a Financial Consultant. From 1989 through 1994 he ran the money management division at Dorset Financial Services, Corp., of Devon, PA.  Since founding Toews Asset Management, he’s designed the Toews Dynamic Hedging Strategy, managed portfolios, and overseen all aspects of the Toews System. He earned his Bachelor of Science degree, with majors in Business and Economics from Bethel College, America’s first Mennonite college and the only national liberal arts college in the state of Kansas.

Driving much of Mr. Toews’ thinking about portfolio construction are two fundamental tenets: (1) investors have no clue of how bad “bad” can get and (2) investors will flee the stock market after substantial losses. The research he conducted in March 2020 offered three highlights:

The traditional answer to such concerns has been the addition of bonds to an equity portfolio, driven by the faith that the income generated by bonds and their traditionally low correlation with stocks, would buffer a portfolio against the worst of the market’s losses. There are three problems inherent in that solution:

In response, Mr. Toews and his colleagues have attempted to create a number of portfolios that shorten the left tail in the returns distribution (that is, minimize the worst-case losses) while preserving as much of the right tail (the occasional outsized gains) as possible.  One major goal, “to meaningfully reduce risk in a chaotic market.”

On whole, his funds have performed reasonably well to quite well.

The problem with all innovative strategies is constructing a relevant benchmark for them.  The table above illustrates that challenge. The Toews Hedged US Fund (formerly Toews Tactical Monument Fund) has returned an average of 7.2% annually since 2010. The fund has three moving parts:

The challenge is benchmarking this fund against Morningstar’s long/short equity group is revealed in Morningstar’s portfolio analysis for the fund:

At the same time, the “global” part of “global macro” is similarly scant.

So what are we to make of a fund whose goals are to make real (i.e., inflation-adjusted) returns, consistently and without large drawdowns … but does it using a sui generis approach?

Good question! Here are Mr. Toew’s 400 (or so) words on what he’s been thinking and why you should add THLGX to your due diligence list.

We believe that investors are interested in finding ways to remain invested but also address contingencies of market drops. That’s especially true during market bubbles, when stocks can advance dramatically, but may be highly vulnerable to losses.

A key differentiator between our strategy and many other options-based or buffered strategies is our ability to exit equity markets entirely and move into defensive positions (cash and/or fixed income). That means that, at a certain point, instead of moving down less (but still declining), our strategies may be able to reduce risk and become uncorrelated.

Our strategy has two layers of loss avoidance. First, we hold put options to attempt to reduce rapid losses (like the losses last year as the pandemic set in). Second, if losses continue to mount, our system may cause us to move out of the equity market entirely. During longer term declines, like what we experienced during the internet bubble burst or the financial crisis, our strategy has stayed out of the equity market for many months at a time.

How do we re-enter the market? Just as our system is designed to seek to exit in the early phase of declines, our algorithm seeks to react to market upturns and re-enter. That means potentially gaining during market rebounds (or realizing a possible net benefit from bear markets).

An all-weather approach to investing might be to position this strategy alongside a passive total stock market index fund, with 50% in each. By investing with this approach, half of your portfolio would adhere to the efficient markets hypothesis and remain invested, but the other half may be able to account for potentially significant mis-pricing opportunities, and could potentially benefit from market disruption.

Toews Hedged US Fund  (THLGX) has a $10,000 minimum initial investment and is available through TDAmeritrade, Fidelity, Schwab, and others. The fund charges 1.31% net (1.48% gross) but does not assay a 12(b)1 fee. The Toews funds do not get individual web pages on their site. That said, Mr. Toews writes frequently. The site’s “Behavioral portfolio” section is clean and well-written and the “News & Insights” section has a combination of written pieces and video interviews.