Michael Carne manages WFLEX which launched December 19, 2018. He joined Westwood in January 2018. Hussein Adatia joined the firm later in 2019 as a research analyst for the strategy. Flexible Income embodies a decade-old strategy that mixes a dash of dividend-paying common stocks with preferred stocks, corporate bonds, and Treasuries.

Mr. Carne has had a rich and interesting professional journey. From 2002 to 2015, he 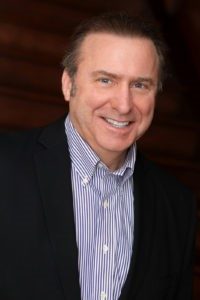 Over the years, we’ve had occasion to write several pieces about his adventures. NWQUX, his original flexible income fund, launched in December 2009. Three years later, it received a five-star rating in the conservative allocation category from Morningstar (celebration!!). That was followed a couple of weeks later by Morningstar’s decision to reclassify it as a “convertibles” fund (it wasn’t) whence it plunged to one-star. We wrote about the silliness of the reclassification and the adviser appealed to Morningstar. Morningstar concurred, reversed its ruling, the fund was reclassified as “conservative allocation,” it regained its five-star status, did splendidly and grew to over $1 billion in strategy AUM. Two years later, corporate restructuring occurred and Mike was off “in search of other opportunities.” That opportunity was as founder and owner of Horner Street Capital Management, LLC, which deployed the same strategy on behalf of family offices. Hopeful of bringing the strategy to a wider audience, he decided to partner with Westwood Group.

Through it all, he’s maintained the same discipline which has allowed him to document a 10-year GIPS-compliant performance record. Mr. Carne reports that the strategy’s performance record sits in the top 5% of its peer group over pretty much all trailing time periods.

What’s the Flexible Income Strategy up to? The strategy is pursuing a high level of current income with significantly less volatility than a traditional “balanced” strategy and significantly less interest rate sensitivity than a traditional bond strategy. The manager has a value-oriented approach, which is consistent with Westwood’s approach as well, that builds a portfolio from the bottom-up.

The strategy is designed to provide high income by investing at the optimal point, on a risk/reward basis, in a company’s capital structure. Mr. Carne notes “The companies invested in are closely followed by our research team and tend to have strong and effective management teams, solid balance sheets, are responsible shepherds of investor capital and exhibit a track record of cash flow growth and sustainability.” The question the manager asks is, “of all of the public securities offered by this corporation – common or preferred stock, high-yield or investment-grade debt, or whatever – do any offer an attractive combination of high return and low volatility?” If the answer is “no,” he moves on. If the answer is “yes,” he works to identify where in the capital structure the best opportunity occurs.

While the strategy is focused on income-generation, it is not restricted to investments in fixed income and can invest up to 35% of assets in stocks, but typically averages around 20%. This ability to invest in stocks, he argues, “is central to allowing us to successfully navigate changes in interest rates, the bane of all income-oriented strategies. By carefully balancing investments with a high degree of negative interest-rate sensitivity such as preferreds and corporate bonds with investments in stocks such as banks and insurance with highly positive interest rate sensitivity, the strategy can mitigate the effects of a rise in rates on the portfolio.”

The portfolio’s asset and sector allocations are derived dynamically as changes in risk and reward change using a bottom-up research process. The adviser offered this snapshot showing their estimation of the current risk-reward status for the asset classes they might invest in.

The risk-return tradeoff for individual asset classes is consistent but unappealing: past a certain point, each small gain in return is accompanied by a large rise in volatility. Through careful security and asset class selection, the strategy is positioned to generate greater returns for less incremental risk than you could obtain otherwise.

Given that there are 200 funds trawling the conservative allocation space, mostly unsuccessfully, we decided to ask Mr. Carne why he thought he had a compelling reason to launch yet another. Here are Michael’s 300 words on why you should add Westwood Flexible Income to your due-diligence list:

In early 2009, as the financial crisis was coming to a close and markets were recovering, I set out to develop an income-oriented strategy that would pay a high dividend and give greater downside protection as interest rates rose than traditional fixed income strategies. This Strategy, Flexible Income, launched at the end of 2009 and has demonstrated outstanding performance and downside protection ever since.

The idea is to carefully research a company universe, looking for great firms with good prospects and then analyze ALL of the securities they have issued – stock, bonds, preferreds, etc. – with an aim towards making an investment in the one (or more) with the highest expected return given the risk taken. This process yields a portfolio of great investments that have all ‘paid their way into the portfolio’ and help to achieve the goal of providing a strong income stream with lower risk than other income alternatives such as balanced and high-yield funds. The portfolio consists of a diversified mix of industries and security types (stocks, bonds, preferreds) where the asset allocation is derived from a dynamic, bottom-up process and not from top-down forecasts.

The Strategy is well-suited for those seeking a reliable income stream such as retirement accounts, foundations and endowments derived from well-researched investments across a range of asset classes and industries. Also ideal for those Individuals and RIA firms that seek to spend more time with their personal affairs and those of their clients and less time picking individual bonds and preferreds.

Westwood Flexible Income is currently only available as an institutional share class with a  $100,000 minimum initial investment. However, many of the platforms it is available on have lower minimums – Schwab has a $5,000 minimum investment, for example. The firm plans to launch an “A” share class with a $2,000 minimum during the first quarter of 2020. The fund has a capped expense ratio of 0.86%, including a management fee of 0.69%. Launched with $1.6 million in assets in January of 2019, assets have risen to about $7 million as of December of 2019. Mr. Carne is invested in the fund. Only one of eight trustees has any investment in any Westwood fund. It’s available through a relatively small, but growing, number of brokerages: Commonwealth, Schwab, Fidelity and TD Ameritrade. Here’s the fund’s homepage. It’s got a lot of links to other documents but is otherwise fairly Spartan.